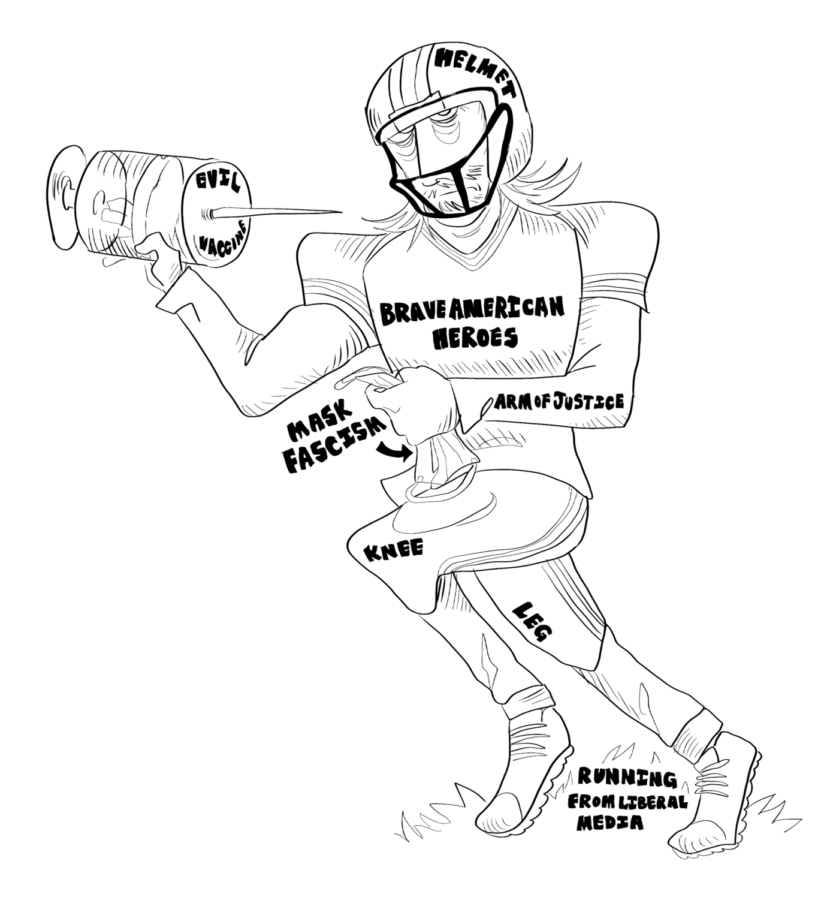 Aaron Rodgers. Herschel Walker. Conor McGregor. And Chuck Norris? These four men seem to have little in common at first glance, but they share one key trait: they’re sports stars who’ve helped spread disinformation about the COVID-19 pandemic, the 2020 election, and other issues. In this case, what might at first seem like simple diversity in views has a darker side. These right-wing lies encouraged many to risk their lives and those of others when it came to the pandemic, as well as sparking a violent rebellion that entered the US Capitol. In professional sports, the dominant political views expressed seem to lean toward the left and center, so to hear support for disinformation spread by former president Donald Trump in that field is surprising, to say the least.

For example, see Aaron Rodgers, one of the NFL’s most celebrated quarterbacks. In November 2021, he tested positive for COVID-19 after lying to journalists that he was “immunized” against the virus. As it turns out, he received an unproven chiropractic treatment. Instead of apologizing and making amends, his response was to consult podcaster Joe Rogan for advice and claim he took ivermectin (a sheep deworming medication) and hydroxychloroquine, two unproven “COVID treatments” once promoted by Trump as cures. While he did eventually apologize for making misleading statements, he still publicizes his support for a number of right-wing lies.

An even more baffling story is that of Herschel Walker. During a nearly 15-year career in football, he built up an impressive resumé as a runningback, and was generally liked by fans. He’s long been known to hold right-wing views, but the story got stranger in 2021 when Walker announced his candidacy for the U.S. Senate, running in the Republican primary against Democratic incumbent Raphael Warnock. Despite having physically abused his ex-wife in the 1990s, he seems to be the favorite to receive the Republican nomination, which would give him a good chance to make it to Congress. As a candidate, he’s continued to repeat the same lies often heard by far right politicians, claiming at a Trump rally that racism is no longer an issue in the US. Like Rodgers, he’s also promoted unproven cures for COVID-19, like a “dry mist” he claimed is FDA-approved (he did not elaborate).

A key question to ask when trying to understand why these sports stars spread misinformation is why people listen to them. Many fans of famous sports players might want to believe that they’re good people who hold respectable views. In reality, some (like Rodgers and Walker) are dead set on spreading lies about the 2020 election and the COVID-19 pandemic – the same lies spread by many other adherents of former president Trump. Outlets like the Joe Rogan Experience podcast humanize these sports stars through casual conversations, but they often have a darker undertone, especially when hosts like Rogan fail to challenge the misinformation their guests are spreading. While lies spread by Rodgers, Walker, and others are easily debunked, millions of people believe them to be the truth. There’s no easy way to fix that.