The Intoxicating Fashion of Euphoria

A guide to the style of the shows sophomore season. 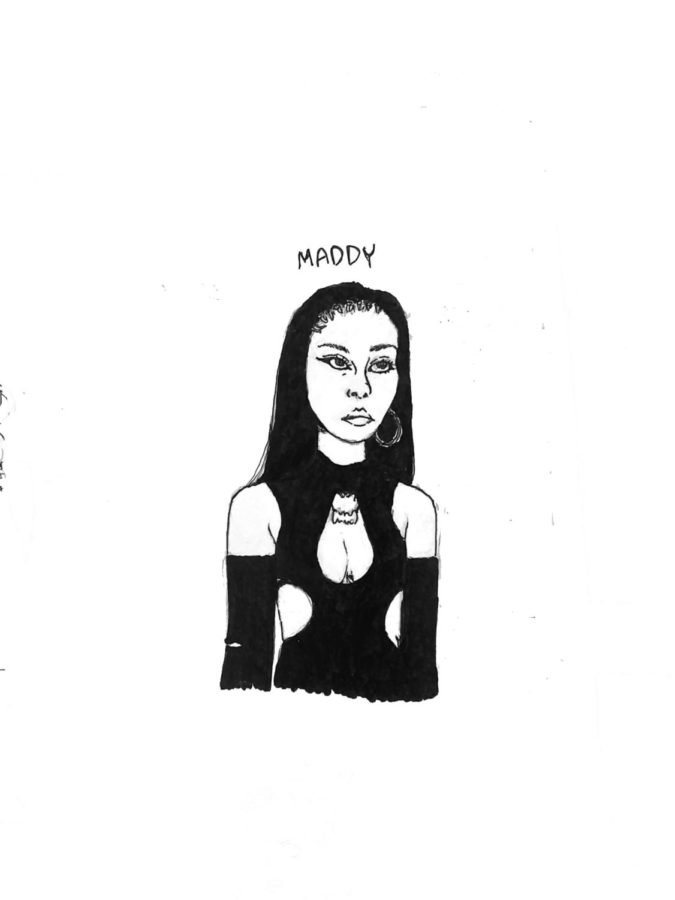 It goes without saying that a large demographic of viewers tune into Euphoria Sunday’s solely for the style, finding the “glitz and the glamor” amongst the jarring storyline. Many indulged in the idea that they too could purchase Maddy’s purple I Am Gia set featured in the infamous Euphoria Funfair episode, or Jules’s numerous tennis skirts and graphic mesh tops. The mass obsession of graphic eyeliners and gemstones took over makeup routines of 2019. So what happens when the fashion is no longer relatable?

Given the over ten million dollar budget per episode raise, the wardrobe of Euphoria got a significant upgrade in season two, featuring fresh off the runway looks and exclusive small business drops. Head wardrobe designer Heidi Bivens completely ditched the idea of reality, and began shooting straight for designer. As the series solidifies its status, viewers and critics have called into question how far Euphoria can continue to push the idea of realism while maintaining a suburban high school storyline. No high schooler is wearing a Dior top, wearing a full Jacquemus ensemble or doing their online shopping via Vogue Runway.

The critique of director Sam Levinson’s depiction of high school life goes beyond the drug usage, benders and underage sex work. Many have found issues in the stylistic approaches to the series, down to the wardrobe. Some sentiments being: “Well shouldn’t this be set in college? Is there a school dress code? Where are there backpacks…where are their pencils? She’s wearing that to school?” The other side of the coin is the literal title of the show Euphoria, the wardrobe allows for elements of escapism and fantasy. With such a traumatic storyline, an eclectic and exclusive wardrobe seems necessary. After all no one turns on Euphoria to see sweatpants and t-shirts, unless it’s from Rue of course.

Out of the gate, season 2 establishes the style profiles of past fashion favorites in the first episode’s infamous New Years Eve party. Protagonist Rue Bennett serves as the perfect example of Bivens’ “having fun” attitude towards this season’s wardrobe, as she crawls through the party in vintage Roberto Cavalli pinstripe pants, and a vintage Jean Paul Gaultier wrap vest.  Maddy Perez graces the screen in a black body con cutout mini dress, paired with arm length fingerless gloves from up and coming designer AKNA. The epitome of an it-girl, Perez’s long black hair pulled back by a 90’s ‘zig-zag’ hair band. Perez’s first appearance continues to push her theme of ‘if looks could kill’ throughout the series, a sharp wing and a nude lip acting as the perfect accessory.

On the contrary, Cassie Howard continues to play into  the girl next door trope. Fumbling through the party wearing her signature color baby blue in a ruched body con House of CB mini dress, paired with white Prada pumps. “Cassie could buy those on The Real Real”, stylist Bivens remarks in an Interview Mag article. Bivens makes it clear in her styling and her sourcing that Cassie is an “off the rack” kind of girl. Unlike Maddy, she doesn’t seem to have the sense of self or effortless ability to know who she is and how to stylistically translate it. The color theory also comes into play when dissecting Cassie’s baby blue and pastel pinks, as seen in her now infamous “Oklahoma” dress. Her signature shade of blue places her in an innocent, maternal light. She is the male gaze, the perfect submissive doll, as seen later on in the season with Cassie’s relationship with antagonist Nate Jacobs.

Lexi Howards wardrobe tends to fly under the radar. She expresses her confidence and desires in an understated fashion, with frilly collars, bows and velvet textiles. Lexi’s new-found playwright era blossoms her wardrobe from shadowed younger sister into a new sophisticated spotlight. Bivens sticks to warm neutral tones when dressing Lexi, with the occasional plaid preppy skirt or school girl dress. A key factor in Lexi’s wardrobe is the “younger sister” to Cassie’s Prada: Miu Miu.  A majority of Lexi’s wardrobe consists of Miu Miu products, ranging anywhere from $1,000-$3,000 per look. When looking at Maddy or Kat’s intimidating wardrobe choices, it’s clear how much Bivens wanted to separate Lexi from fitting into Euphoria’s standard for female fashion. At the New Years party, Lexi sports a custom Batsheva square neck top in a turmeric gold color, paired with pink satin ruffle trimmed pants, and in true Lexi fashion, a braid crown to tie it all together. In her rather conservative ensemble, Lexi finds herself seated next to the polar opposite presence of fan favorite drug dealer, Fezco.

As we see both characters solidify their presences on the show, their differences slowly fade away. Although both come from completely different environments and cultures, they share similar motives and morals. Bivens reflects their relationship dynamics in their clashing yet kindred fashion, ever so subtly. Both Lexi and Fez seem to be the only two characters with a moral high ground. Bivens manages to both illustrate their differences, while also capturing their introversion, introspective and analytical nature. This is depicted in their wardrobe’s use of collared tops, whether it be polos or blouses, showing viewers that Fexi may not be so far fetched after all.

Fan favorite drug dealer, Fezco was one character who saw little to no wardrobe changes between seasons one and two; his style still giving the same level of introspection and insight into both his personality and lifestyle. Fezco’s appearance and profession provide a clashing aesthetic and style, as he is seen in collared Polos, gaudy Dolce and Gabbana prints, bright colors and tones, and even sporting now infamous M&M pajama pants. Many would assume a drug dealer to take on the appearance of Fezco’s younger brother Ashtray. Almost exclusively sporting the tracksuit and “wife beater” combo, ranging in retailers from Gucci and Burberry to the classic Nike Tech Fleece. Ashtray and Fezco exhibit an old school vs. new school style clash, their dramatic age gap lending a hand in representing their relationship. Bivens highlights this in the Jordan’s versus Air Max ‘94’s, fitted joggers versus baggy double knee denim, down to the pendant chains versus thin cable chains.

Unlike Fezco, Jules Vaugn is a character who experiences vast changes in her style from season one to season two. Season one Jules was depicted as a hyper-femme young girl, playing on the “baby doll” and Kawaii look — with a pastel color palette, pleated skirts, and layered mesh skirts. In the special episode “Fuck Anyone Whose Not a Blobfish” Jules expresses that she wishes to go off of her hormone blockers. This exploration with gender identity continues in season two as her hair is cut into a “Kurt Cobain” style, hairstylist Kim Kimbell describes it. She wears oversized t-shirts, muted dark colors and even jeans, though they are tie dyed and adorned with body jewelry. Although never clearly spoken upon in the second season, Jules’s gender re-discovery is seamlessly presented to viewers in a plethora of new found and refined looks.

Online discourse on the show’s questionable fashion standards were common discussions during the initial release of season one. Many of the conversations were centered around both Levinson’s and Bivens’ creative direction when dressing seventeen-year-old cam girl Kat Hernandez in latex and body harnesses for science class, or Maddy’s raunchy matching sets and kitten heels in the hallways. Others have defended these choices as simply bringing awareness to the hyper sexualization of young girls, but seeing as the show is the brainchild of a middle aged white man, his motive becomes murky. The show creates a false image of how these outfits can and will be received in a real high school setting. No sixteen year old needs to feel sexually liberated, while walking to precalc. Regardless of the discourse or criticism, the closet of Euphoria should be on everyone’s rob lists.