Rundown of the Runway 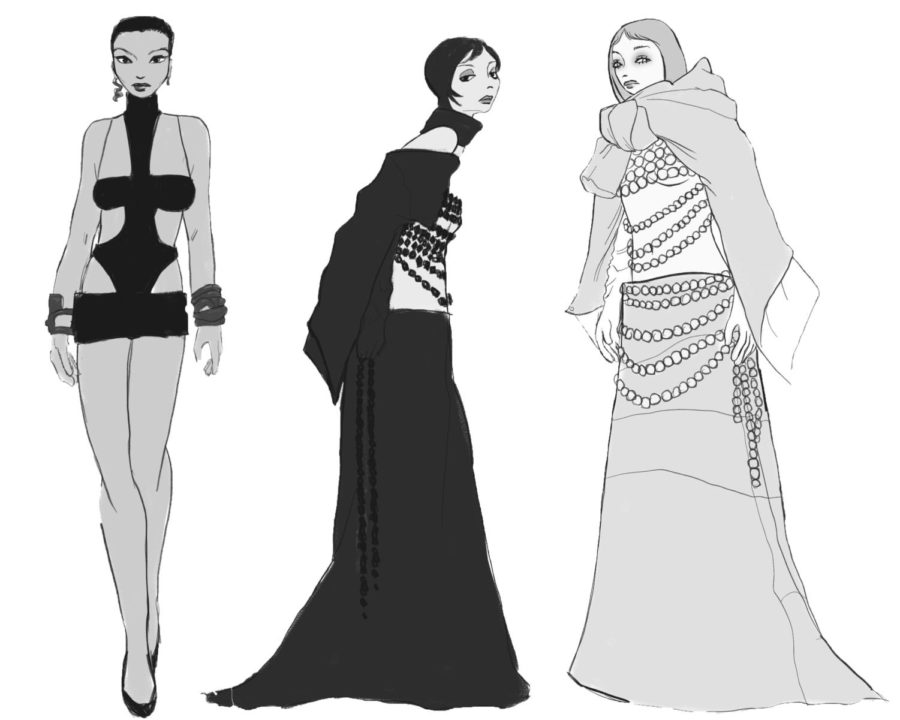 New York Fashion Week is a major stretch of fashion shows that make their appearance twice a year: once in February, and once in September. Its purpose is for designers to reveal their seasonal collections, for the press to review them, and for buyers to place orders. A couple of weeks ago, the Fall/Winter collection was displayed from February 11th to February 16th.

Many designers who were recurring attendees at NYFW such as Ralph Lauren, Tommy Hilfiger, Tom Ford, and Rodarte, sat out this year, leaving gaps in the schedule. Filling these gaps were emerging new talents with non-traditional views on what fashion and fashion shows will look like.

New York has always been more experimental than traditional fashion weeks in Milan and Paris, and this season had the potential to see the pendulum swing even more in favor of these new designers. Due to these new perspectives, there was an abundance of boundary-pushing, creative looks shown at this season’s fashion week.

One new designer who recently made their fashion debut at NYFW is BruceGlen. BruceGlen is a unisex fashion label known for its vibrant apparel and accessories that unlock the child within us all. The creators dedicated this collection to their late mother, titled “Look, Mom”. Viewers said, “There’s a nostalgic warmth and comfort about this collection. It takes every opportunity to shine and glimmer, serving up a good dose of color therapy, which leaves smiles on our faces.”

Another new designer seen at NYWF was JULY LI. July Li is all about reimagining the knitwear space. Li’s designs are inspired by nature, taking everyday feelings and emotions from life to create innovative, lightweight knits.

The last new designer at NYFW was Marissa Wilson. After participating in the Black in Fashion Council showroom last season, Wilson founded her luxury womenswear brand designed with women of color in mind.

Of course, signature American brands like Michael Kors, Proenza Schouler, and Tory Burch had their moment in the spotlight, with structured pieces that reflected each brand. But as NYFW has become more accessible, we saw many bold looks that followed some creative trends.

A popular trend that was reflected in many shows was sequin. Carolina Herrera incorporated the glitzy detailing onto turtlenecks for everyday wear. Altuzarra maximized the look with large paillettes. This trend shows us that sparkly dresses are no longer just for special occasions.

Next is sheer. Sheer dresses, skirts, and sleeves were amongst some of the season’s standout pieces. While they may be impractical to wear in real life, they provide a great opportunity to play with layering.

Another trending look shown was feathers. Bronx and Banco, Christian Cowan, Lisa Von Tang, and more showed how the use of feathers was elevated from last season with billowing hemlines and bird-like silhouettes. This season, feathers were seen as the main focus of many garments.

The widespread trend shown in these shows was trench coats. Gabriela Hearst, Jason Wu, and more showed a variety of trench coats. Dark floral, soft white, grungy leather, and colorful silk were just a few of the many iterations of trench coats featured this season.

In these shows, designers went above and beyond to showcase everything viewers didn’t know they needed for fall-winter 2022. One exceptional collection was the extremely popular Marc Jacobs. This was a dark, romantic collection of 10 looks that appear to be reconstructed from existing garments. It takes inspiration from the dystopian new normal; presenting an array of artfully torn fabrics paired with sculptural and airy puffers. Bella Hadid, for example, is clad in black denim patchworked to create a balloon jacket and fishtail skirt, worn with a black sequin ribbon top and opera gloves. Look two, worn by her sister, Gigi, featured light blue denim used as a shawl and floor-length skirt, with silver sequins draped across the body. This collection is also very special because Gigi Hadid is donating all of her income from the fashion shows she walked in this season to help those suffering in Ukraine amid the ongoing Russian invasion, as well as those similarly suffering in Palestine.

The glitz and glamor of NYFW is an anticipated event every year. Journalists, bloggers, Instagrammers, and TV channels scramble over each other to produce the first, best, and most popular story on each celebrity, show, and red carpet. For a moment out of the year, the world is allowed to shirk away from responsibilities and anxieties; basking in fluffy tulle skirts and the most popular models on the planet. This time provides everyone a sense of materialism, which while often condemned, can be quite a wonderful thing.