Is Five Nights At Freddy’s: Security Breach a breach in the trust of fans? 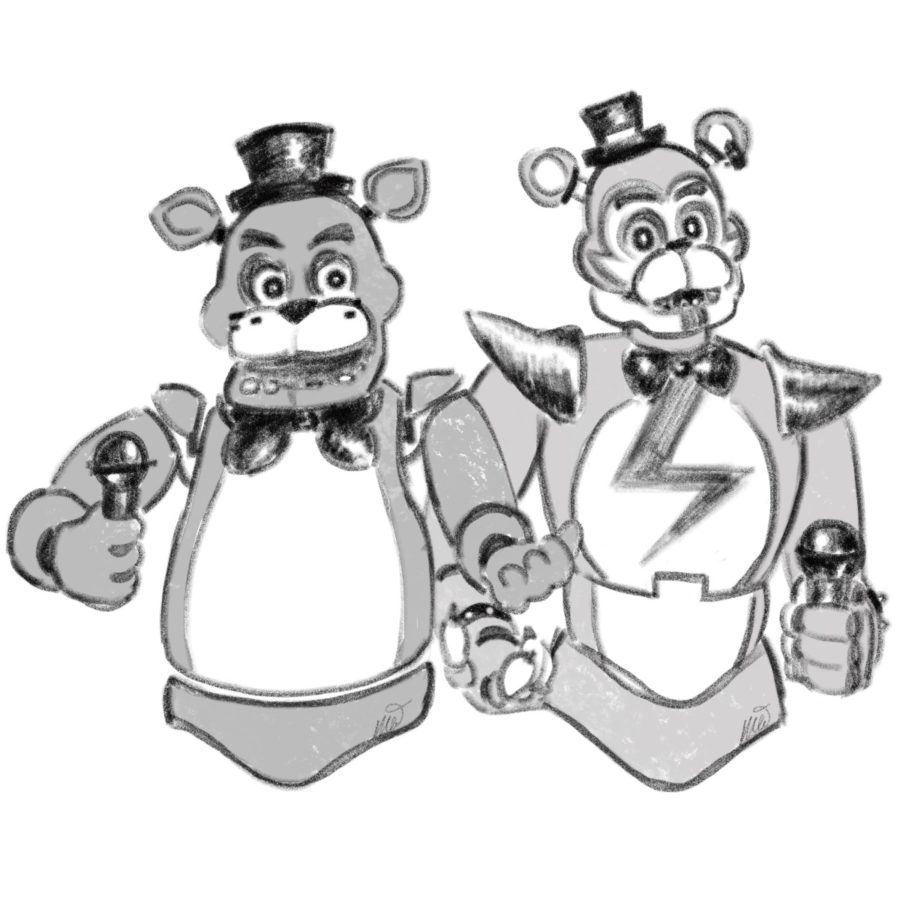 At even the slightest hint of a new Five Nights at Freddy’s game being developed and released, many fans of the series new and old were overjoyed. With eight installments of the series since its initial release in August of 2014, it did seem like the series’ popularity could only grow. With much anticipation for this latest installment, Five Nights At Freddy’s: Security Breach, the pressure was on. Unfortunately, to the disappointment of fans new and old, its Metacritic score of 5.9, the “lowest user score rating in the entire FNAF series” according to ScreenRant, should speak for itself. The question is, what happened for the score to get this low?

When someone is asked about Five Nights At Freddy’s, they typically think of one thing: jumpscares. This is what is mainly attributed to the series being able to continue and flourish with as many installments as it has.  not from some sort of revolutionized style of storytelling or inventive method of gameplay. It all comes down to the jumpscares and what goes into making such a simple terror tactic that much more intensely terrifying.

This along with an extensive and complicated lore are what keeps fans hooked and wanting more, as well as  some good-old-fashioned jumpscare horror. s Five Nights At Freddy’s: Security Breach a breach in the trust of fans?When compared to its predecessors, the game doesn’t hold a candle to the spooky atmosphere that is created from the feeling of not having a moveable character, which is present in the first through third games. This was expanded on in a tasteful way in game four with the introduction of moving to check all around you. I believe that this worked because the setting was a  child’s bedroom, so it felt like the characters were closing in on the player.

This was explored further in Five Nights at Freddy’s: Sister Location with the idea of not only being a security guard but needing to move around to complete tasks and challenges. And yet  again, the spookiness factor was not compromised because it was so dark that it constantly felt like the player was only moments away from being found and “scooped”.

So what did Security Breach miss that took away from the ambience?

Largely what I, and a decent amount of fans, would attribute it to would be to gameplay glitches that really took away from any of the intense GlamRock retro-wave ambience that could have been built. There really is not much else to say except it was missing something both iconic and vital in what makes a Five Nights at Freddy’s game. There is a way to do 80s and 90s horror and this just is not it.

Another major thing that many fans were disappointed in was the way in which the endings felt unfinished and frankly poor quality. Instead of being given a proper, rich, and fulfilling ending that really felt like the entire game had been pulled together and ended, the many endings were formatted in sort of a comic book style that read as lazy rather than charming and lo-fi. While I can appreciate the fact that Security Breach took the time to come up with so many well-crafted, intricate endings, any value that would have been gained from experiencing those endings was swiftly taken away from the player because it didn’t feel like the player was even really experiencing

Please note that if you liked the game, didn’t experience any of these issues, or genuinely found it scary, that is fine. This article is not meant to be taken as a statement of fact and is meant to be an investigation into the factors that contributed to this game.