“The book is always better”… or is it?

Books where the movie was better. 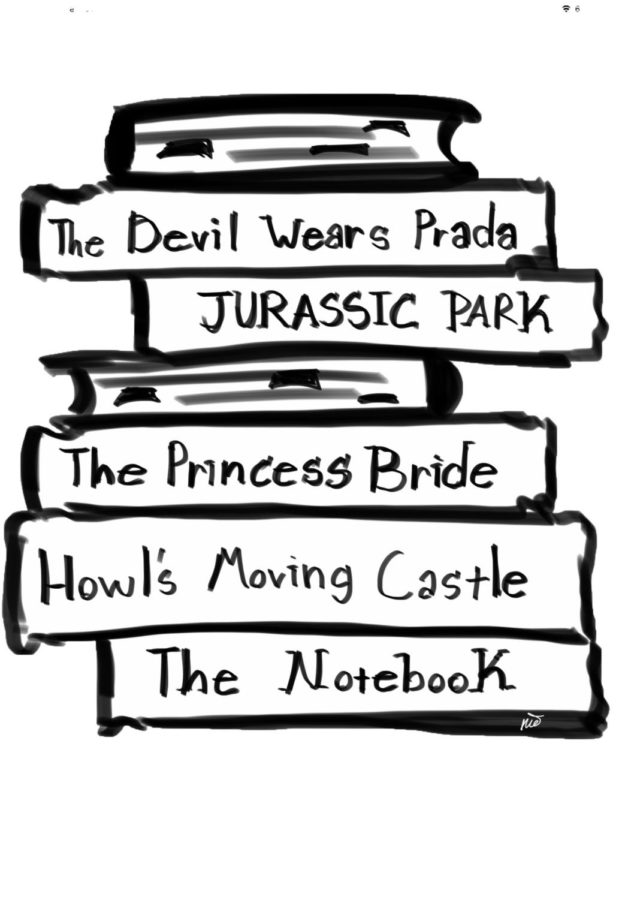 For years, the common stereotype has been that : “The book is always better than the movie.” Occasionally the opposite happens, and the quality of the movie ends up exceeding that of the book. Some of the most iconic and well-known movies of our time were originally published as books, and some of these novels are not very well known.

The Devil Wears Prada movie was inspired by the novel written by Lauren Weisberg, who formerly worked as an assistant to Anna Wintour, the editor-in-chief of Vogue magazine. Due to the author’s previous job, many interpreted the story as somewhat based on her own experience. Unfortunately, the book’s characters come across as materialistic and superficial, with not much depth to them. The movie, on the other hand, is a work to be reckoned with. The cast is star-studded, featuring Stanley Tucci, Annie Hathaway, Emily Blunt, and of course, Meryl Streep as Miranda Priestly. Streep’s portrayal of Miranda Priestly brought a new dimension of complexity to the character, which was not present in the book.

The Princess Bride movie is one of the most iconic tales of fantasy and adventure of the 1980s. However, it was originally published in 1973 as a mythical romance novel, written by William Goldman. Though the novel made quite a splash, it wasn’t quite as widespread as the movie, which starred Cary Elwes, Mandy Patkin, and Robin Wright. The movie includes an element of quick-paced combat and escapade that simply could not have been conveyed in the book.

Jurassic Park is arguably one of the most iconic movies of all time, but what many don’t know is that it was originally released as a science-fiction novel in 1990, written by Michael Crichton. The book’s character arcs are significantly different, and it has a stronger focus on the scientific aspects of bringing dinosaurs back to life. The novel also features significantly more violent deaths, making it less appropriate for younger audiences. On the other hand, the movie adaptation, directed by the legendary Steven Spielberg, treads the fine line between cinematic fantasy and scientific accuracy. The cast was able to captivate their audience with suspenseful storytelling in a way that has continued to draw viewers in long after the movie’s release.

Seventeen years after its release, The Notebook remains one of the most well known and evocative romance movies. What most people are unaware of is that The Notebook was originally a romantic novel written by Nicholas Sparks. The book is well written, but it lacks the intensity of emotion that captured the movie audience. Ryan Gosling and Rachel MacAdams star as the two main characters, Allie and Noah, and their chemistry conveys a heartfelt energy that the novel lacked.

Howl’s Moving Castle is an animated fantasy adventure film directed by Japanese artist and producer Hayao Miyazaki at the Studio Ghibli animation studio. The artistic masterpiece was originally a children’s book, written by Diana Wynne Jones in 1986. Though the book is engaging, its beauty does not compare to the movie. Miyazaki’s enchanting animation style left audiences transfixed at the artwork, along with the accompanying soundtrack that fit perfectly with the animation. Though the children’s book may be a beautiful story, it is truly Miyazaki’s captivating art that takes the movie to the next level.