The imbalance between public and private sports teams. 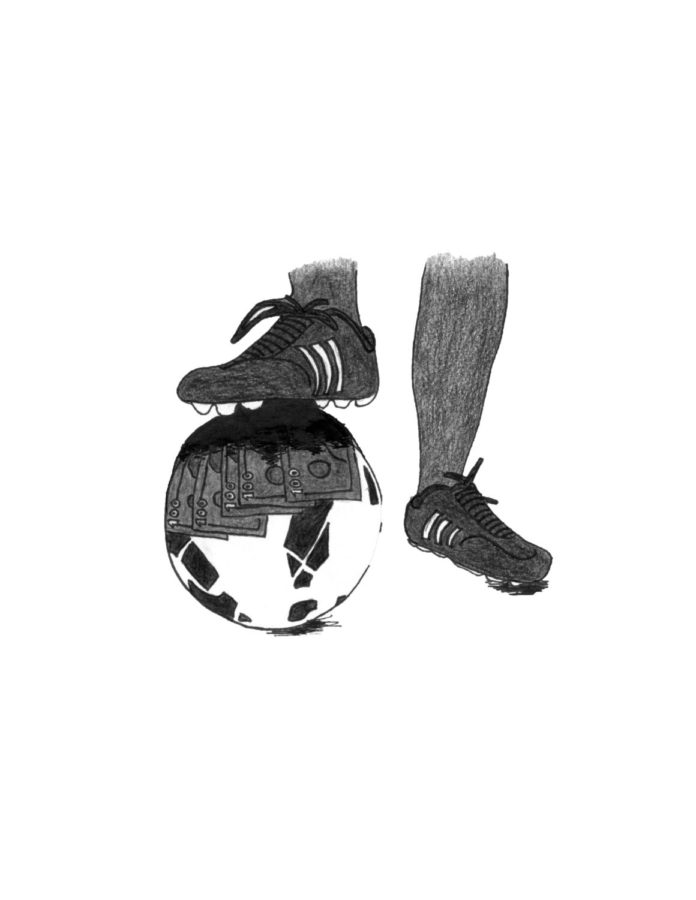 Private schools have a large advantage over public schools for a few reasons. The most prominent being recruitment. Public schools are required to only accept students who live in a certain area that is decided by the school district. Private schools, on the other hand, are allowed to accept kids from anywhere within a fifty mile radius of the school, under WIAA rules. This leads to the possibility of recruiting players from across the state of Washington. Another advantage private schools have over public schools is funding. While public schools are only allowed to receive donations from boosters, private schools charge a tuition fee to attend, which, in addition to donations, gives them a significant increase in their budget. Also, the average private school family is better off financially than the average public school family, which means private schools most likely receive more in donations than public schools. The private schools then use money they receive to buy high level equipment that public schools wouldn’t even dream of having. The advantages of funding and recruiting tie in together when private schools use their equipment to convince athletes and coaches to come to their school. Perhaps the most infamous example of this is IMG Academy in Bradenton, Florida. IMG’s tuition is up to $84,000 a year for non-scholarship athletes. That money is spent on state-of-the-art equipment, training facilities, and pro-level coaching. The pictures online show that IMG is essentially a division one college with younger players.

The state of Washington has also been at the center of the public vs private school conversation. Archbishop Murphy High School in Everett made national headlines in 2016 when its football team was so good that opposing teams began to forfeit their games just to avoid having to play them. Over their first three games, Archbishop Murphy outscored their opponents by a combined score of 170-0. Opposing teams’ parents and coaches cited safety reasons, claiming Archbishop Murphy’s players were too big and strong to be a fair match for the tiny schools they were going up against. Archbishop Murphy plays in the 2A division, which means they are facing schools that have as little as 450 students total.

The Metro League has its own struggles with an uneven playing field. There are 11 public schools: Ballard, Ingraham, Lincoln, Chief Sealth, Nathan Hale, Cleveland, Rainier Beach, Franklin, Roosevelt, West Seattle. Additionally, there are five private schools: Bishop Blanchet, Lakeside, O’Dea/Holy Names, Eastside Catholic, and Seattle Prep. Although there are twice as many public schools than private schools, the private schools have been able to consistently win across many sports. Private schools have finished first for the past four years in football, baseball, and girl’s soccer, along with titles in golf, tennis, volleyball, boys basketball, and girls basketball. Mathematically, this doesn’t make sense. Even though the private schools are the minority, they still seem to win the majority of Metro championships.

As private schools across the country continue to become more and more sports-focused, leagues are beginning to implement new ways of keeping the playing field even. For example, one popular strategy being used is promoting private schools to a higher division, similar to the promotion system used in soccer leagues around the world. However, this won’t work for the Metro League, because it is already the highest level of competition. The best solution would be to split into a public division, and a private division. The winner of each division advances to whatever stage is next, whether it be regionals, or the state tournament. As of now, there are no other ways to level out the playing field without completely modifying the rules of private schools. But until change is made, Metro public schools will be fighting an uphill battle.