High-spirited chess team with a storied past moves into the future. 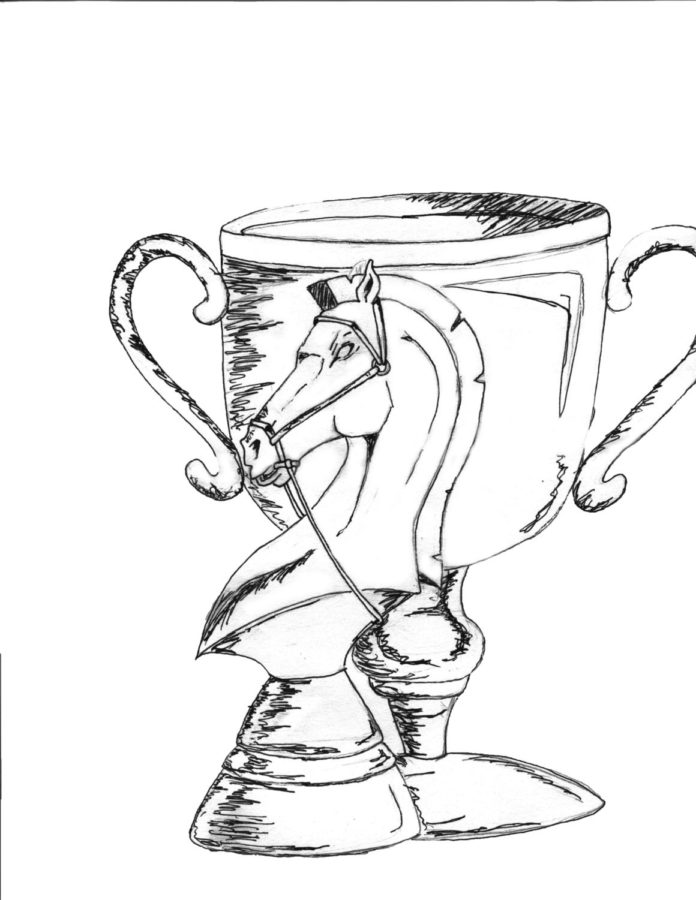 “Hey, do you want to play a tournament this weekend? We need another player,” asks George King, chess team captain, as the group’s lunch meeting starts and two members warm up by playing rapid-fire blitz chess as another watches on. Following an unusual move, the group bursts out into “Woah”s. In another corner of the room a member challenges two people to play him at once, a feat which others immediately claim they can do as well.

Attending one of their meetings, it is easy to see why King, a senior, described the group as playing for fun. “It’s not very serious. We are serious in competitions and we win competitions, but we are not doing hardcore chess studying,” King said. “We let the improvement be incidental to what we do, it is a byproduct.”

The team encompasses a wide array of skill levels. “There’s plenty of people who come and play for fun and that’s great. The nice thing about chess is that it is enjoyable at all levels,” King, who became enthralled in chess after joining the team in ninth grade, said.

“It’s extremely satisfying to win. I remember one time I won at like 1 AM and I spent the next half hour screaming, punching my pillow, waking my parents up. They weren’t too happy about that, but I was just extremely excited,” Dominic Helming, a junior who started playing chess this year, said.

Though the team has many new players and a devil-may-care attitude, they also have a storied past. The team was founded in 1974 by Yasser Seirawan, a now world-renowned chess-grandmaster. In his time at Garfield, he led the team to win the state championship and created a school culture that celebrated the chess team.

“’Let’s hear it for the chess team,’ the bullhorn would blare. ‘They’re going to the metro championship this week!’ The students would howl, the drums would roll…” a Sports Illustrated article from 1981 read, describing Seirawan’s time at Garfield.

The team’s success has continued since then. “We have always made the top ten at state [out of 25] for the last 22 years,” Jeffrey Nomura, chess team advisor since 1998, said. “We have won state twice [while I have coached] in 2008 and 2018, and let me tell you it’s really, really hard to win state.”

The difficulty is attributable to their formidable opponents with whom they are well acquainted and battled with last year to finish third at state. “Most of the other schools that are good at chess are private schools, specifically Lakeside and Interlake, and most of the people on those teams have been playing since elementary in competitive tournaments,” King said.

Interlake has a feeder program that supplies up to 60 ready players each year and, “at Lakeside there is a lot of money available for chess so they can hire masters to teach them… We have really no budget at Garfield and Lakeside is spending many thousands of dollars every year on chess,” Nomura said.

Their exuberant attitude has helped propel the underdog team to victory. “I think some of [our opponents] have become kind of jaded to chess and don’t get a lot of fun out of it anymore. We are very fresh… we are just more excited about it,” King said.