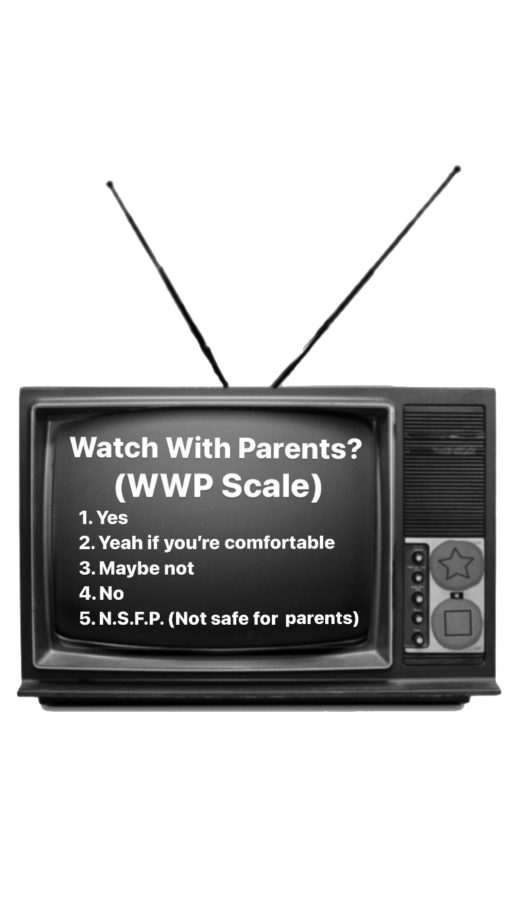 With the changing of seasons and dreary Seattle weather rolling in, now is the perfect time to cozy up and binge some shows. The range of new television shows spotlighted in the past weeks like  Squid Game  and the latest season of Sex Education have been creating buzz across the internet. However intriguing these new shows may seem, getting started on what to watch first may be intimidating, so here are some suggestions:

One of the top ranking TV shows this fall was Squid Game: a South Korean Netflix series that has become wildly popular, reaching number 1 in ninety countries since its release in September. The nine episode series is about a man named Seong Gi-Hun who is struggling to pay off debt. He discovers he has a chance to win 46 billion won (about $38.4 million USD) if he beats a series of games against other contestants. The catch? The person who wins the prize money in the end will be the only one to survive.

Despite the show being written in 2008, Netflix signed creator, Hwang Dong-hyuk, in 2019 in an attempt to expand their foreign media selection. Now, Squid Game is being compared to Western dystopias like The Hunger Games and Netflix original Black Mirror. So what exactly has made this series so successful? “I definitely think the show is reflective of our society, a lot of people need money, are in debt, have no one else they can turn to/rely on,” said Garfield senior, Nadia Caty. “It’s not a show that makes you think ‘oh this is stupid’ or ‘no no do this!’ It’s a show that you can watch and be like ‘yeah I would do the same too if I was in this position.” While the story of Squid Game is made up, the anticapitalist themes are reflections of economic inequality in South Korea. Overall, Squid Game earns a 2.5 for graphic imagery on the WWP scale.

Among others, Sex Education on Netflix is set to release a fourth season. The story follows a highschooler named Otis Milburn, whose mother is a sex therapist, which enables him to give advice to his peers at school. The show explores many subjects involving relationships, LGBTQ+ identities, and other topics under the category of sex education. “Besides the non-binary experience of the show, while not perfect, is the best representation of modern highschool students I think I have ever seen. I see myself and others I’m close with in the characters and that makes me very happy,” Garfield student Eli Bloom said.

Last season, the show ended on a plot twist that leaves plenty of room for exploration in the fourth season. Overall, Sex Education does a good job validating and exploring the experiences of young people and those who may think they are alone in their struggles. Although the show is great at depicting its characters’ relationships and problems, it can also be graphic at times, so on the WWP scale it receives a 5.

On My Block has received its fourth and final season, premiering on October fourth, three and a half years after the release of the first season. The show follows a group of highschoolers based in L.A.The characters in the show represent both Hispanic and Black identities as well as the conditions they face living in an underprivileged area. “I think it’s been so successful because it’s great comedy, diverse, and relates to a lot of viewers,” Garfield junior Tyra Griffin said, “I think the last season was amazing. It was a good way to end the show and there was a lot of character development which felt good to watch.” Overall, On My Block is a 3 on the WWP scale.

Shameless also recently got its eleventh  and final season, the conclusion to a decade-long series about a six-sibling family living in Chicago, and their on-and-off alcoholic father, Frank. The “Gallagher’s” all have their own stories and unique paths they pursue over the course of the show, but most of their conflicts are heavily based around the neighborhood they grew up in and their lack of parental guidance. The show first aired on Showtime in January of 2011, and has since earned four different awards. The adult based humor and occasional nudity give this show a 4.5 on the WWP scale.

The Netflix series, You’s third season has recently come out, premiering on October fifteenth.The psychological thriller follows a man named Joe Goldberg who becomes obsessed with a new woman in each new season of the show. It becomes apparent that Joe is not ordinary and the lengths he is willing to go to for the woman he loves are deadly. The characters and locations of the show play on different stereotypes such as Los Angeles influencers and pampered upper class New Yorkers, which also serve as obstacles for Joe. “The show’s interesting because it makes you sympathize and roof for Joe even after he kills people.” Said Garfield senior Julianna Rosenbaum. In the latest season, the show added actress Tati Gabriel, who is known from her role on Chilling Adventures of Sabrina and The 100. Overall, You is a 3.5 on the WWP scale.

For those interested in getting into animations with action based cinema, there are plenty of new shows set to release soon. Most anime release on a weekly basis, but also have previous seasons on various platforms for streaming purposes. If you are into animations/anime and don’t mind waiting for new episodes, these are the shows for you.

Demon Slayer, which premiered in April of 2019, is getting its second season in early December.  The anime, known for its unique art style and dynamic action scenes, is based on a Japanese manga that ended last year. The series follows protagonist Tanjiro Kamado, in his efforts to change his demon sister back into a human after his family was attacked by one. He is faced with many obstacles and inner conflict in his endeavors in the art of slaying demons. “I really like the animation, especially the action scenes, they’re done beautifully and the story has a lot of suspense in it.” said Garfield senior, Ahana Roy. “I was pretty excited throughout the entire [first] season because the story could go in a lot of different directions. Plus there’s a lot to be learned about the universe of Demon Slayer.” Season one is currently available on Netflix, but it is unclear when all of season two will be added. On the WWP scale, this show earns a 1.5.

Attack on Titan, which gained a large amount of new fans with its season four part one release last January, is now getting its season four part two in January of 2022. The anime has been ongoing since 2013, and is based on a Japanese manga which started in 2009 and came to an end last April. The series is set in a world where humanity is forced to live behind walls protecting them from giant man-eating humanoids known as titans. After the outer wall is destroyed, main characters, Eren, Mikasa and Armin are relocated from their home and join a branch of the military specialized in combating titans. Without spoilers, season four expands on the world of Attack On Titan and touches on themes of morality and the cycle of war.

“The story is engaging and I feel like the author is really great at making the plot exciting, even though the story has been going for a long time.” Roy said. “The story is also complex, it’s not just a single narrative…Plus the anime weaves in humor, drama, action- there is something for everyone.” Its success  made it the most popular ranked show in the US during the first week of last February and is expected to peak again this coming year. Due to the heavy animated gore and dark themes, this show earns a 2 on the WWP scale.

The popular manga Chainsaw Man is also getting an anime adaptation set to come out in late 2021 and will cover a portion of part one of the manga. In the world of Chainsaw Man, there are “devils” which have supernatural abilities relating to their name. The story begins with the protagonist, sixteen-year-old Denji, who hunts devils to pay off a debt left by his father. Everything changes for Denji when he is merged with the chainsaw devil and is forced to work at the Devil Hunter Tokyo Headquarters. The series can be dark at times, but also has some comedic moments. It is hard to say where the show might land on the WWP scale since it is not yet out, but based on the manga, it gets a 3.