The Garfield Messenger • May 8, 2021 • https://www.garfieldmessenger.org/7225/articles/ae/an-escalating-affair/

After returning to in-person school once again, the audience chose to confront James' enemy Zeke and possibly escalate their feud. 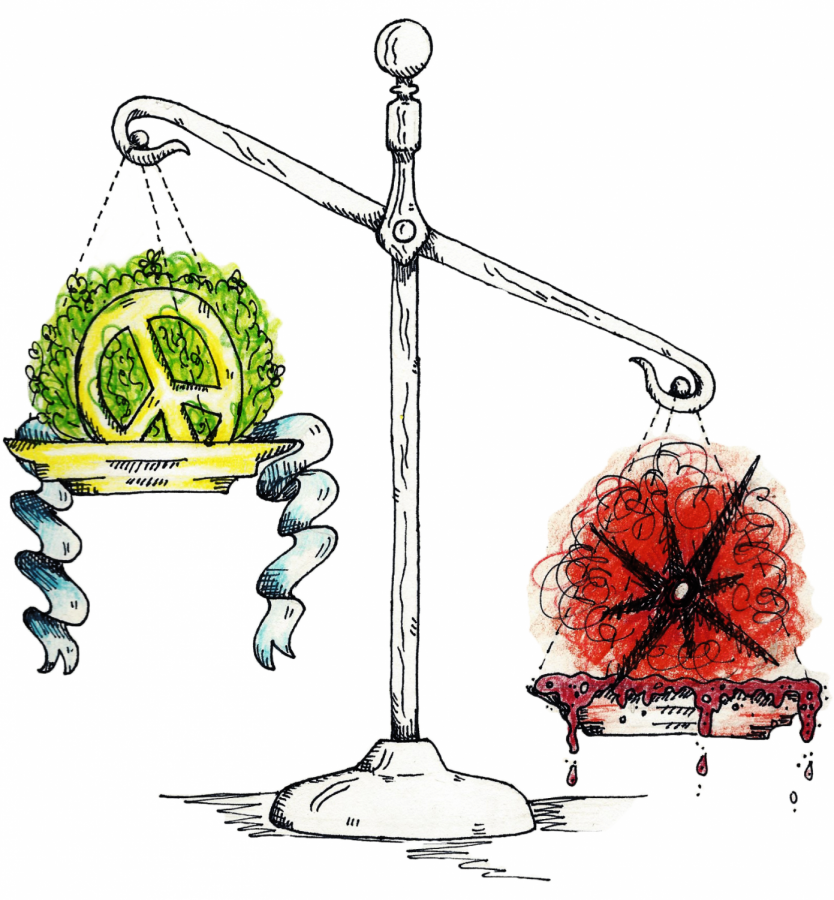 “I’ll catch you later, James,” Sophie said as she departed, “I hope you get a class with that old friend of yours!” she chided sarcastically.

James waved and feigned throwing up at the sheer mention of the possibility, and then turned back towards the stairs and the task at hand. As James began racing up, he took out the sticky note he wrote his classes on.

“Alright, Dr. B… oh shoot, did I forget to write down which room he was in…?”James thought with mild panic. He wheeled around and looked at the flood of students coming up from lunch, catching a few scrupulous glances as he desperately looked for a familiar face. Amongst the crowd, he spotted Zeke again, except he didn’t seem like he was in any rush to get anywhere. Zeke talked to someone else about something James couldn’t hear, but after a second, suddenly Zeke burst out laughing and pointed directly in James’ direction. James’ face paled in an instant as he whipped back around and made off into the building as quick as his legs would let him.

James had run for about a minute before he needed to stop and catch his breath, quickly realizing he wasn’t quite sure where he was (besides knowing he was in the main building). He looked at his phone, and a creeping dread washed over him, one minute left until he was tardy. As if by a cruel twist of fate, a steady voice dripped out of a loudspeaker on the wall.

“Good evening students, if you are in class, good job on getting there in time; if not, I’d get there as quickly as possible because we will be doing tardy sweeps once the bell rings, thank you.”

A few audible “huh”s could be heard rising from students and teachers alike, but James could only muster the energy to think a single word, RUN.

The tardy bell rang out with a malicious roar as students raced to shelter from the coming tardy sweep. James caught sight of what looked to be a science classroom and dashed for it as he saw an administrator march down the hall. The teacher glanced up as an entirely seated class looked over with disdain.

“Is… Is this Dr.B’s class…?” James heaved breathlessly.

“You got it,” Zeke said, turning a sly eye towards James.

James sat, somehow relieved at his luck in finding the right class on time, yet utterly disgusted with it placing him in the same class as Zeke.

“Sorry about that tardy sweep guys, I have no clue why they’d be doing that now of all times,” Dr. B said with an apologetic shrug. “Why don’t you all introduce yourselves to your partner for these first few minutes though?”

James looked up at Zeke, and just the mere sight of his still smirking face all but dissipated the urge to hold back.

“Hi, you’re the person who didn’t do any of the work on that science project last semester, right?”

Zeke flinched, but responded without missing a beat

“Yeah, I’ve been meaning to tell you I’m really sorry about that…”

“Well, I’m sorry, but I don’t think an apology makes up for my tanked GPA from that class.”

Zeke looked off to the side, and then fumbled around for something in his pocket.

“You’re right, it won’t… look, I know it might not make up for it, but I just got an opportunity to get some… extra cash, if you know what I mean… if you’d be willing to help me I’m sure you’d find it worth your while” Zack said looking up with a seemingly genuine smile.

Vote in the poll to decide what happens next…