The Garfield Messenger • May 8, 2021 • https://www.garfieldmessenger.org/7201/articles/features/defang-spang/

Taking a deeper look at one of Garfield's veteran teachers 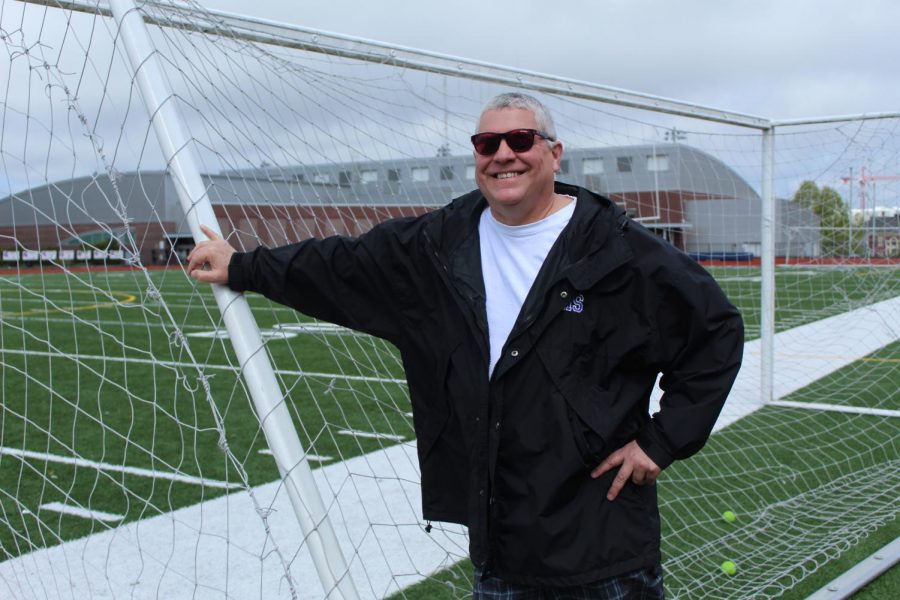 When you ask someone what they first think of when recalling their Garfield experience, they may have a couple different answers.

They might think of the many sports and clubs that Garfield exceeds in, or the  numerous STEM classes offered. They might even think of the cafeteria that no one actually uses.

Today, we focus on the teachers, but more specifically one teacher who has been part of the Bulldog community for almost three decades, and whose impact has been as multifaceted as Garfield itself .

Mr. Spangenberg (aka Mr. Spang) is what some would call a jack-of-all-trades. Teaching science to gym, Spang is an educator that seems to know it all, and whose students can feel comfortable around.

One would expect a multifaceted teacher to keep a pretty dynamic life outside of school, and Spang lives up to this by doing just about everything a person can do: volleyball, scuba diving and hanging out with friends however it doesn’t end there. He describes himself as “a voracious reader” and even dabbles in a little fiction writing too.

Spang started teaching science for Garfield in 1991. fresh out of a southern California marine institute and before that, traveling around the west coast. When asked why he chose Garfield and what drew him to Garfield, Spang could not quite recall how he found Garfield but said he was attracted to not only the outdoor education programs it was running, but also that it was a STEM magnet school and it seemed like a perfect fit.

He was interested in the fact that Garfield had a focus on “fun, unique science and math classes offered to kids.”

“When I hit Garfield I said ‘pretty cool’ and I worked with some really fantastic people… The years just peeled off [after that],” Spang said.

During this time, he developed a passion for the Physical Education department,

About a month ago Spang returned to Garfield after a short sabbatical. The reason for his comeback? ”Because it’s what [becomes] home once you have 30 years in.”