The Garfield Messenger • May 6, 2021 • https://www.garfieldmessenger.org/7139/articles/ae/new-marvel-universe/

Changes in the MCU and what Marvel fans can look forward to in the upcoming years. 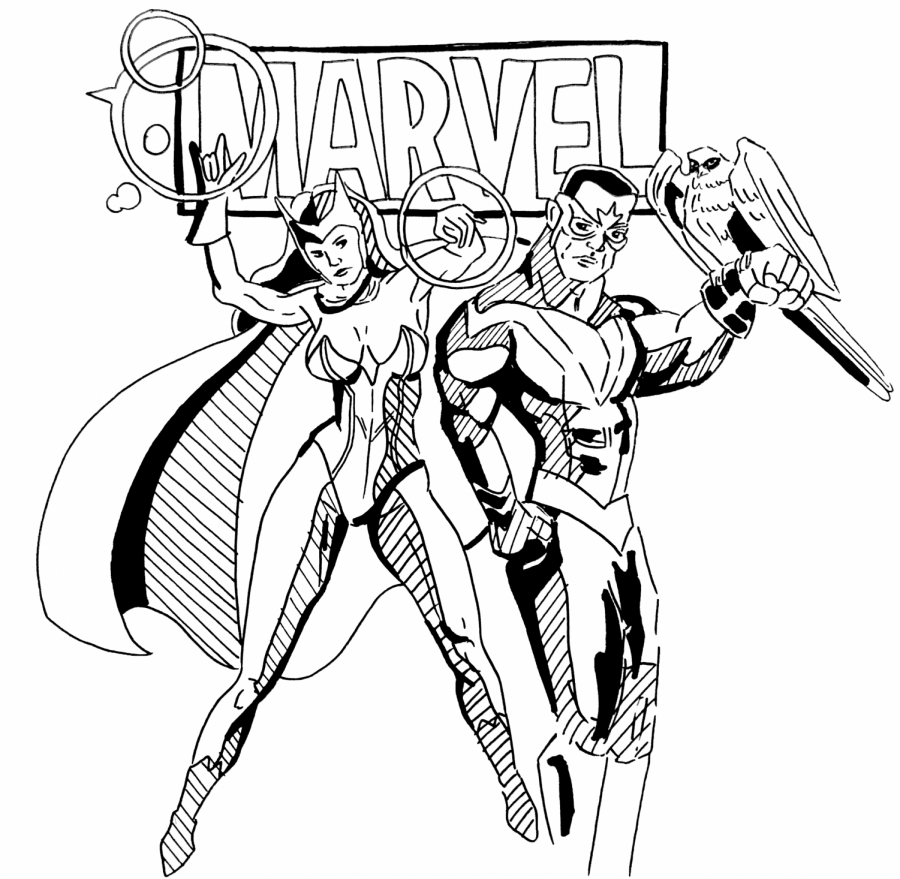 Phase four, the newest cycle of films and shows in the Marvel Universe, is an exciting time for fans and is already proving to bring huge changes to the MCU (Marvel Cinematic Universe). Each Marvel movie released to date is part of a “phase”. The first phase consisted of six movies, introducing some of the original Avengers, then the MCU moved on to phase two and following.

Right now, new films and series being released are part of phase four. As a part of this most recent phase, two new shows, including WandaVision and The Falcon and the Winter Soldier, have been released onto streaming service Disney+, and fans are more than satisfied. Disney+ also plans to stream more MCU originals, including Loki, which is set to premiere in late spring this year.

Although Avengers Endgame, one of the final films of phase three, brought some original Avengers’ storylines to an end, Marvel is releasing many new movies in the upcoming years that will explore other characters in more depth. The movies to be released this year are Black Widow, Shang-Chi and the Legend of the Ten Rings, Eternals, and Spider-Man: No Way Home. After these, three more series are set to debut. The animated What If series, the Hawkeye series, and the Ms. Marvel series. These will be the last few releases of 2021, but fans can expect more in 2022 and 2023.

Not only does Marvel have many releases and new story lines in store for the upcoming years, but there have already been big changes in recently released content.

Spoiler Alert – the upcoming paragraphs talk about the events of current Marvel films and shows.

During the closing scenes of Avengers: Endgame, Steve Rogers, played by Chris Evans, was shown passing on his shield to Sam Wilson, played by Anthony Mackie, ending his era as Captain America. At the beginning of the series The Falcon and the Winter Soldier, Sam (Falcon) gives up the shield, but has ultimately taken it back by the end of the show, claiming his place as the new Captain America.

This introduced many possibilities for the future of the character, which will be explored in the Captain America 4 movie. An increase in POC representation in the Marvel franchise is long overdue, so seeing Anthony Mackie, a black man, soon to be playing such a significant Marvel figure is a notable change. Steve Rogers has served as Captain America since the first movie in 2011 and phase four will highlight many more POC, so this will hopefully be the long-overdue turning point for more diversity in the Marvel cast. Black Widow, with a female lead, and Shang-Chi and the Legend of the Ten Rings, with an Asian lead and majority Asian cast, are both films that highlight different characters other than the stereotypical white male superhero. The new Ms. Marvel series will follow a teenage girl, who is also the first Muslim Marvel character, Kamala Khan. She will be played by Iman Vellani.

Fans can also expect aspects of the Marvel comics to show up in movies or shows in the coming years. New, younger characters may be introduced as part of the “Young Avengers.” Guesses as to who may be part of this group include Tommy and Billy Maximoff, shown in WandaVision and Kamala Khan, from the upcoming Ms. Marvel series. Two other potential Young Avengers are Kate Bishop, who will work alongside Hawkeye in the upcoming Hawkeye series, and America Chavez, who will be in the new Doctor Strange in the Multiverse of Madness movie. This Doctor Strange movie will come out in 2022, as part of the “multiverse trilogy” with WandaVision and Spider-Man: No Way Home.

These changes may be made in phase four, or further along, in phase five. It is definite that new plots and characters will be introduced and that Marvel has many big things in store for its audiences.