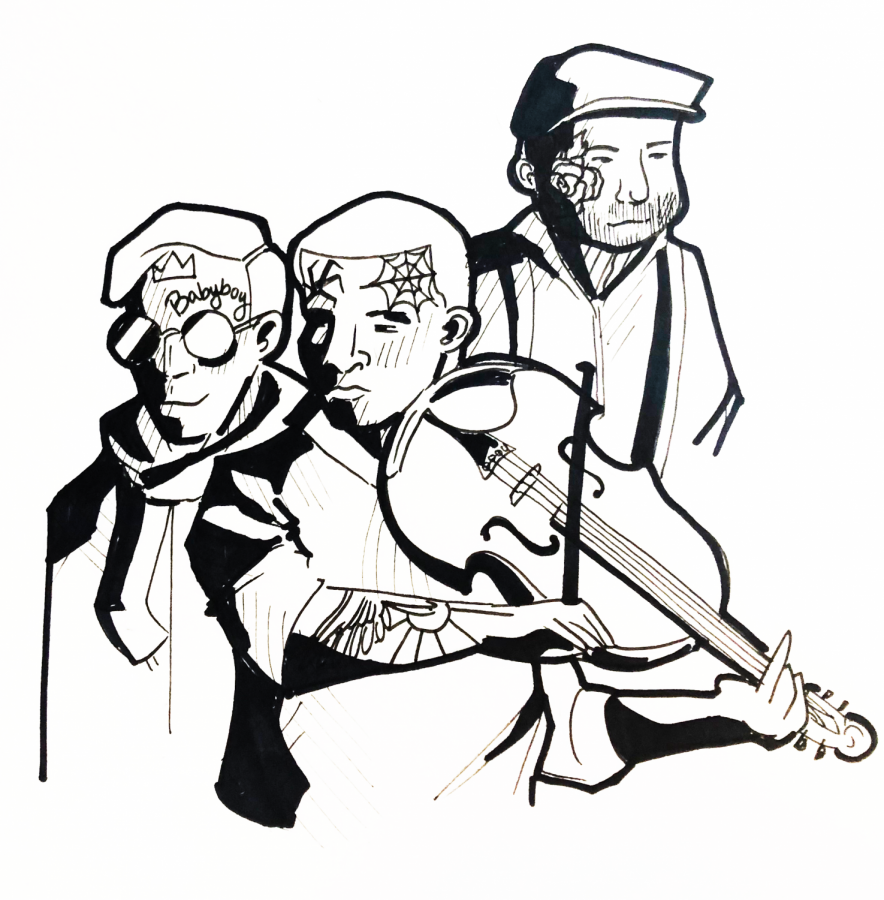 If you think you know Garfield’s music teachers, think again. Jared Sessink, Blake Saunders, and Bryan Kolk have been secretly recording trap bangers after hours at Garfield, and are ready to release their debut mixtape later this month as rap collective “The Band Kids”.

“Without in-person rehearsals of the music ensembles, I felt I needed a new musical outlet,”says rapper Jared “Yung $ink” Sessink. “We all felt that way, and so we decided over the summer that we should pool our creative energy into this project.”

It was fellow rapper Blake Saunders, a.k.a. “Blakee”, who initially came up with the idea to make rap. “What I really miss is being able to connect with students through music”, said Blakee. “We figured that SoundCloud rap was really popular with kids these days, so we decided we would give it a shot.”

The two rappers are backed by producer Bryan Kolk, a.k.a. “KxLKProduction$,” who has been secretly making beats since even before quarantine. “I was making DaBaby type beats all the way back in 2019,” KxLKProduction$ said. “I downloaded a pirated copy of FL Studio on my computer at Garfield and I would just spend all my free time making trap beats. When I heard that Blake and Jared wanted to start a rap career, I couldn’t turn down the opportunity to be their producer.”

The trio’s upcoming mixtape will feature such songs as “The Loft” and “I’m So Glad (Remix)” and will come out on April 31st.