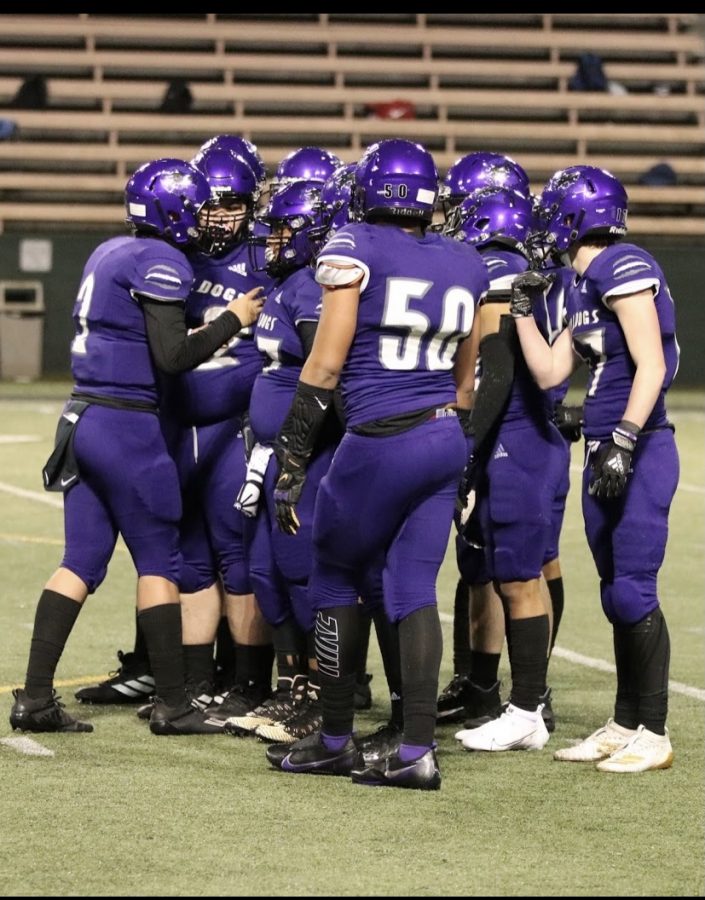 After the cancellation of the fall sports season, a condensed football season consisting of five games has started with a Garfield record of 1-1. The season also comes with safety measures to prevent the spread of COVID-19.

“It’s been extremely different given the fact players are playing football with mask on, making it a bit difficult for them to breathe properly at times,” said Coach Reggie Witherspoon, who is in his second year coaching the varsity team. “However, we understand the severity of keeping mask on during play, so we are ensuring that we follow those guidelines.”

Players also do not have access to the weight room and fans are not allowed at games which led to a noticeable difference for players. The first game was a challenge.

“We learned how to execute and play a game with no fans,” Coach Witherspooon said. “Not being able to hear the traditional sounds of a football game can be a bit challenging for our players, but we have stressed the importance of adapting and simply executing these unusual circumstance.”

Garfield won their first game 28-22 against Rainer Beach and lost the second 28-0 to Seattle Prep. Fans can watch all the games this season with a subscription to the NFHS network.