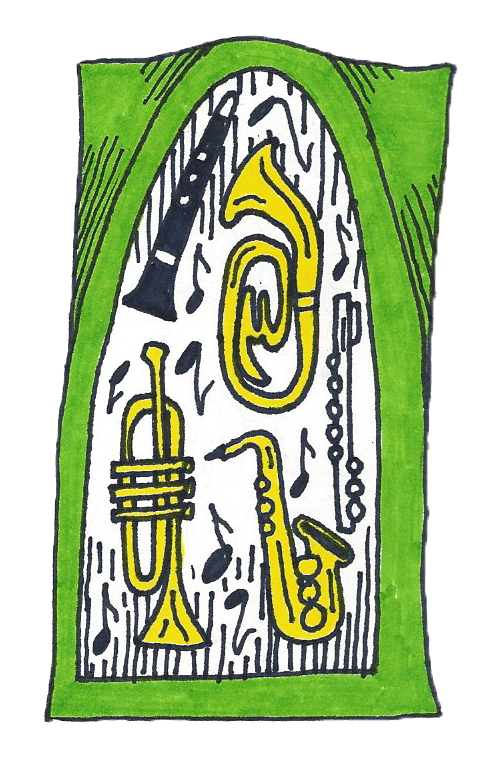 Possibly coming soon to a high school near you! The band kids are being put in captivity! There is a new proposal, fresh out of a Wenatchee Washington High School, in an attempt to keep musicians safe at school. They are called Music Pods, and appear to be green person-sized tents made of cloth with plastic windows-just big enough to fit a student and their instrument in it. These first came to light after going viral on Twitter for how ridiculous they look, but they may be gaining popularity as the urge to go back to school in person grows.

Space hurricanes have officially been added to 2021’s extensive list of extreme weather occurrences. For the first time ever, scientists have observed a swirling, electron-raining ball of plasma spanning over 600 miles wide. Discovered in late February and early March, scientists from all over the world found massive disturbances over the North Pole while going through satellite observations from late 2014. The storm churned and swirled for roughly 125 miles over the Pole, raining electrons down from the sky for around eight hours.

On March 7th, Oprah Winfrey’s interview with the Duke and Duchess of Sussex, Prince Harry and Meghan Markle, aired and has since re-raised concerns regarding the Royal Family and the racism present within it. In the incredibly revealing two-hour, Markle spoke of the severe mistreatment she faced by the Royal Family which took her to a place where she “didn’t want to be alive anymore.” However, this has not been the main focus of the backlash. Responses have been more focused on comments made by people (left anonymous) in the institution during Markle’s pregnancy  regarding their son Archie and “how dark” he will be when born. At this time, Prince Harry or Markle have not confirmed who made these remarks, however, Winfrey has confirmed that it was not Queen Elizabeth nor her husband, Prince Phillip.