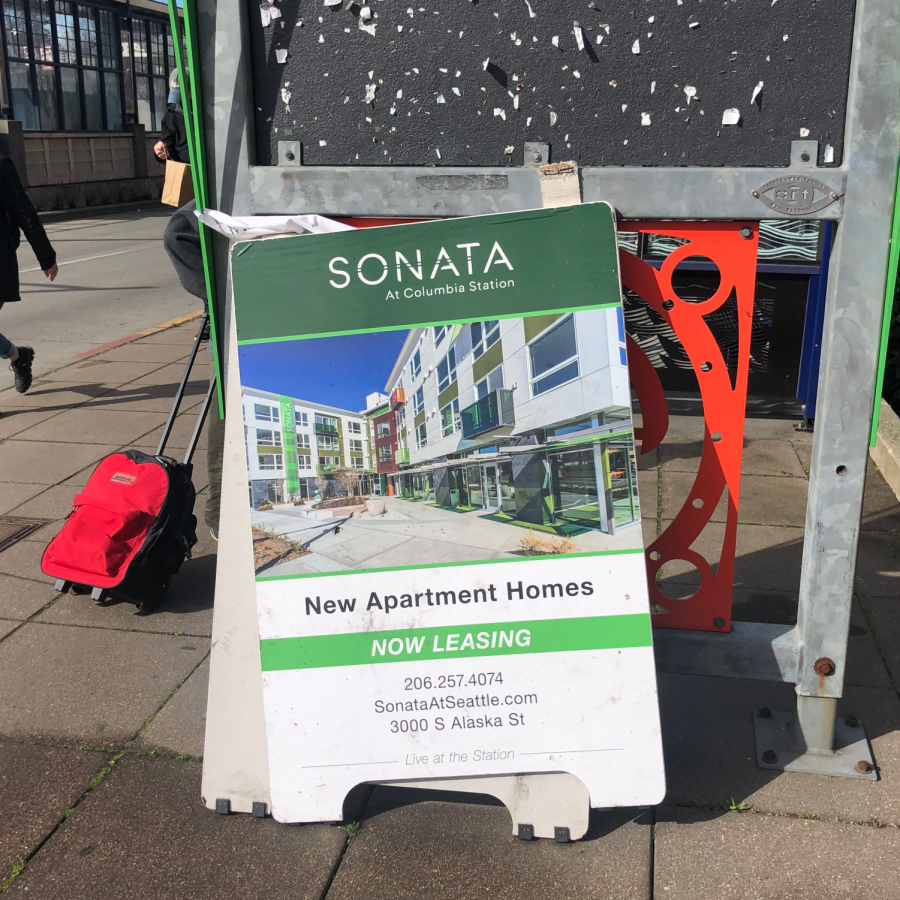 Just a thirty-minute bus ride from Garfield sits a group of neighborhoods that are becoming unrecognizable. South Seattle, or, the Southend, is a historically diverse area with a rich culture, welcoming many immigrant communities.  South Seattle includes the Rainier Valley, Rainier Beach, Seward Park, Mount Baker, Beacon Hill, and other southern neighborhoods. For decades, its streets have been lined with family-owned POC businesses and restaurants.

However, factors such as the Light Rail and housing development projects in South Seattle have led to its gentrification. As more white, affluent, and highly educated people move into historically diverse neighborhoods, low-income POC individuals are priced out.

Despite Seattle’s overall population becoming more diverse in the last decade, Southend neighborhoods have only become whiter. This map reviews these statistics in more detail.

The landscape of those aforementioned family-owned businesses is now surrounded by modern, boxy apartment complexes and construction sites. The signs of gentrification in South Seattle are visible and a bitter reminder of change for many residents such as Julien Luu. Luu is a Vietnamese-American junior at Garfield and has lived in Rainier Beach for her entire life.

“Honestly, I feel disgusted because they’re tearing down all these family-owned businesses, these places that have been here for years

and serving the community, just for some apartments,” Luu said. “The apartments aren’t even going to be affordable.”

She mentioned Hong Kong Seafood, a dim sum restaurant in Rainier Beach that recently closed down. In its place is the construction project for the new “Polaris at Rainier Beach” apartment building.

“The architectural contrast is really something else. You go up Rainier and you see run-down houses and next to it are apartments for lease.” Luu said.

In addition to these new apartments, “trendier” businesses in South Seattle seem to signify gentrification.

“I know PCC isn’t necessarily a trendy business, but it’s definitely a marker of gentrification, in my opinion, seeing as stuff there is expensive,” Luu said. “Mostly white communities can afford organic and fresh foods.”

Some of these new apartment projects claim to have goals to help South Seattle’s diverse community. Othello Square, located near the Othello Light Rail station in South Beacon Hill, is a project developed by HomeSight.

According to HomeSight’s website, “Othello Square will be a culturally relevant and welcoming place where people in Southeast Seattle and beyond can access opportunities for higher education, good-paying jobs, and support to start and keep a business. Integrating shared space for cultural organizations and workforce housing will help stabilize communities at risk of displacement and engage diverse residents.”

However, other apartments constructed in South Seattle do not have explicit affordable housing and inclusion initiatives.

The Assembly118 Apartment at Othello is across the street from Othello Square and the Othello Light Rail station.

According to Assembly118’s website, “We named our building Assembly118 to help represent Seattle’s most diverse zip code, 98118.”

South Seattle is undoubtedly transforming before our eyes. But who are these new apartments serving? South Seattle’s historically diverse residents or prospective renters?

“Do your research and think of the implications that may arise from this. It’s fine to build apartments as long as you’re bettering the community by doing so and not making it more expensive to live here.” Luu said.