AAVE and What it Means to Students 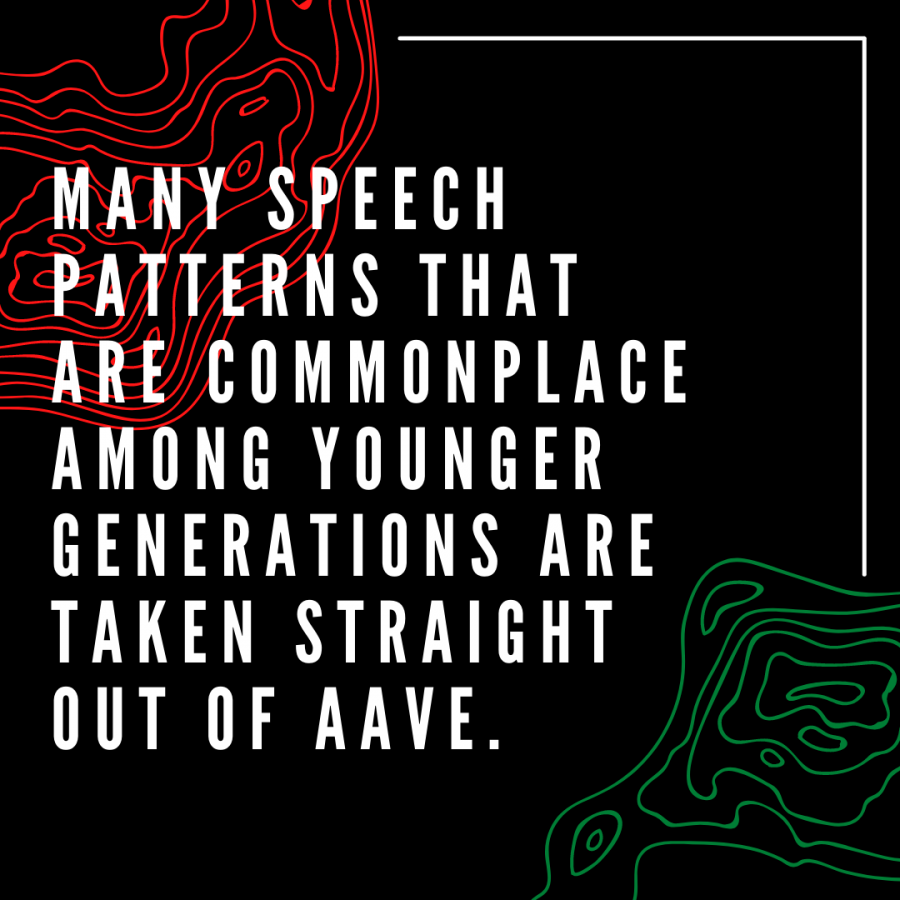 African American Vernacular English, or AAVE for short, is an alternative form of speech to standard American English. Although there is no specific date for when AAVE was created, it is said that the term for the dialect arose during the 1960s. AAVE was originally called Ebonics, which meant “Black Speech,” but linguists prefer to call it AAVE because they don’t want to include standard English Black people speak. Today, AAVE remains prevalent, including within the Garfield student community. To find out what AAVE means to the current Black students, we sat down with Juniors Louis Simon, Malachi Washington, and Mack Williams.

AAVE doesn’t necessarily have one definition, so it can have a different meaning for different people, based on their upbringing. For Louis Simon, AAVE is “Just the typical dialect that some African Americans use to talk to each other.” However, this “typical dialect” has quite a large influence on the pop culture of Garfield.

According to Malachi Washington, “People use AAVE to make other people think you’re cool.” This isn’t a very surprising answer, as many students already base attributes of their personality such as fashion sense, and music taste on pop culture, so incorporating new vocabulary isn’t much of a stretch. 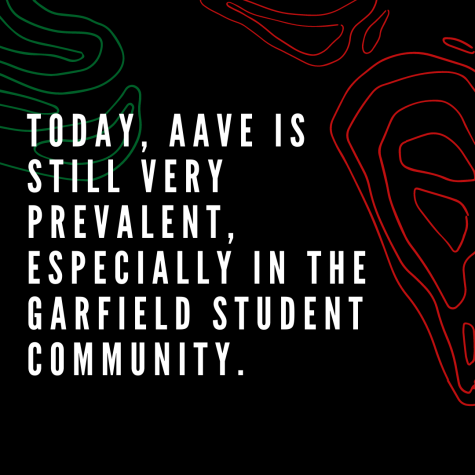 However, AAVE being in the mainstream isn’t always for the best. Many people in the Black community feel that non-Black usage of AAVE could be considered cultural appropriation. “I would be uncomfortable if someone who isn’t African-American spoke in AAVE, although there are some exceptions,” Williams said. “For example, if for whatever reason they grew up with Black parents who spoke AAVE and that’s just how they were raised, then it’s cool.” Washington had more of a middle ground approach to the subject, saying “If people are using it, but not making a joke out of it, I think it’s fine, as long as they don’t mock it or take credit for the dialect.”

AAVE is a sensitive yet important topic for the Black community, and many have different views on this topic. But one thing’s for sure, it is important to respect this dialect people speak.