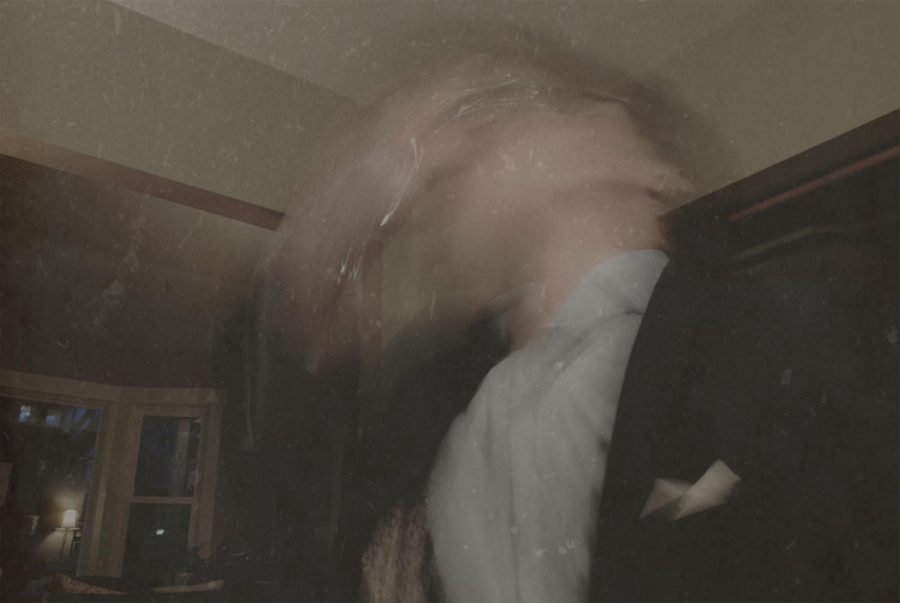 This January, Garfield’s Advanced photography students had the opportunity to have their work exhibited at the National Nordic Museum in Ballard. The students created self portraits, inspired by the photography of Edvard Munch, along with artist’s statements that are displayed alongside their works in the museum’s virtual gallery.

The National Nordic Museum is a Seattle museum celebrating Nordic culture and the history of Nordic immigrants in the Ballard neighborhood. It was founded in 1980 as the Nordic Heritage Museum and was moved into a new building and renamed in 2018. Over the years, the museum has published multiple magazines and books relating to Nordic culture and history. It also has a Cultural Resource Center with a library containing a vast collection of books published in Danish, Finnish, Norwegian, Swedish, and Icelandic. The museum holds many community events such as concerts, lectures, and film exhibitions, as well as two traditional Nordic holiday celebrations each year.

The museum is currently showing The Experimental Self, an exhibit featuring the photography of Edvard Munch, a Norwegian artist famous for his 1893 painting “The Scream”. Earlier this school year, Education and Interpretation Coordinator Kate Dugdale met with four Seattle public high school photography programs to plan an exhibit of student responses to Munch’s work. Over 50 advanced photography students from across Seattle took a virtual tour of the gallery and were invited to create self portraits that reflected the experimental style of Munch. These portraits have been featured in a virtual gallery that can be viewed on the museum’s website.

Although Munch was primarily a painter, he experimented with photography throughout most of his life. Similar to his painting style, Munch’s photography was unconventional as a result of both his amateurism and his unorthodox attitude.

“A lot of his photographs explore what is right and wrong in photography,” said Quinn Kerwin, an advanced photography student at Garfield.

Nate Korahais, another advanced photography student, said he appreciated how Munch learned the rules of photography so that he could break them.

“Things that we’re just accustomed to thinking of as photography, he broke them down and brought new ideas,” Korahais said.

When observing Munch’s photography for the first time, Corey Louviere, the Garfield advanced photography teacher, said, “it seemed very crude and rudimentary until you realize…that’s what he wanted you to see.”

To Rose Clarke, another advanced photography student, it was Munch’s amateurism that led to the development of his unique, experimental style. “It was fascinating to see how he would make a mistake, then continue making that mistake in his following photographs, and using that as part of his style.”

Emulating Munch’s style required students to modify their approach to photography. To mimic his amateurism and informality, they had to unlearn proper techniques that had become second nature.

“At first, I was really concerned because…theoretically it’s the opposite of what you want students to do,” Louviere said. “You want them to learn those skills and show off their skills, and [Munch] was doing the opposite.”

A common theme across Munch’s work was the capturing of movement using a long exposure. For Munch, this was often accidental, since the early 20th century cameras he used required the shutter to remain open for longer.

“He would capture his movement from a place to another, or completely change his body position, and that would look like there were two separate bodies there, like a ghost effect,” Korahais said.

Korahais made use of this technique, capturing the motion of throwing his head back to down a glass of water.

“I was like, ‘what’s one universal thing that people would recognize…and everybody can look at and think of [in] a new way?’” Korahais said.

In Clarke’s photograph, she created a double exposure effect, showing two versions of herself facing each other, like a reflection in a mirror. As both photographer and subject, Clarke was able to tweak the camera and pose to get exactly what she wanted.

“I think, ultimately, that may be why Munch was so fascinated by self portraits: you have complete control over what story you tell in the photo,” Clarke said.

Because Munch explored a wide variety of styles in his photography, students took many different approaches in their own work

Kerwin chose a slightly different composition from his colleagues, as his face was not included in his photograph. Instead, he used a mirror to display the camera he held in his hands.

“There was sort of an informal look to his photographs, so for my photo, I took inspiration from that,” Kerwin said. He used a bright light in his photo, a common theme in Munch’s work, and created a blurred effect by using a long exposure to capture the movement of his hand.

For many students, the self portrait project was different from other photography they had done because of the amount of research that went into it.

“The past photography shoots that I’ve done when I was in intro to photo and just shooting on my own was much more just going out and kind of free-handing it and doing what I want, not to prep,” Korahais said.

For Kerwin, the research helped make his work more representative of Munch.

“We’re supposed to shoot with inspiration from Edvard Munch, who the project was about, and you have that style in your head while you’re shooting, and I just tried to emulate his style,” Kerwin said.

For many students, the exhibit was a rewarding experience. The opportunity to have their work featured in a museum in a virtual format that could be viewed internationally was a big motivation for some students, especially because of its contrast to the less personal nature of assignments during virtual learning.

“It’s so easy to zone out and get behind in classes right now because you’re so distanced from your teacher and your peers, so you aren’t as attached to the work you present to them,” Clarke said. “However, having my work on display, not only in front of my class but also for other schools and viewers gave me a reason to really try and invest myself in the project.

Korahais was also motivated by the exhibit and said he saw it as a step up after doing more amateur photography for three years.

“To see it featured somewhere and to see it in a place that other people can go to and look at was definitely cool and it felt like a bit of a benchmark,” Korahais said.

The project itself also had its rewards. For Clarke, it was inspiring to be able to see the experimental progression of Munch’s work and then go through her own artistic progression.

“Every artist is in the middle of their process, still learning and developing,” Clarke said, “and the only way to grow is to continue creating art.”

The photos are currently in a virtual exhibit on the National Nordic Museum’s website. To view the exhibit, go to https://www.nordicmuseum.org/exhibition/experimentalselfies.