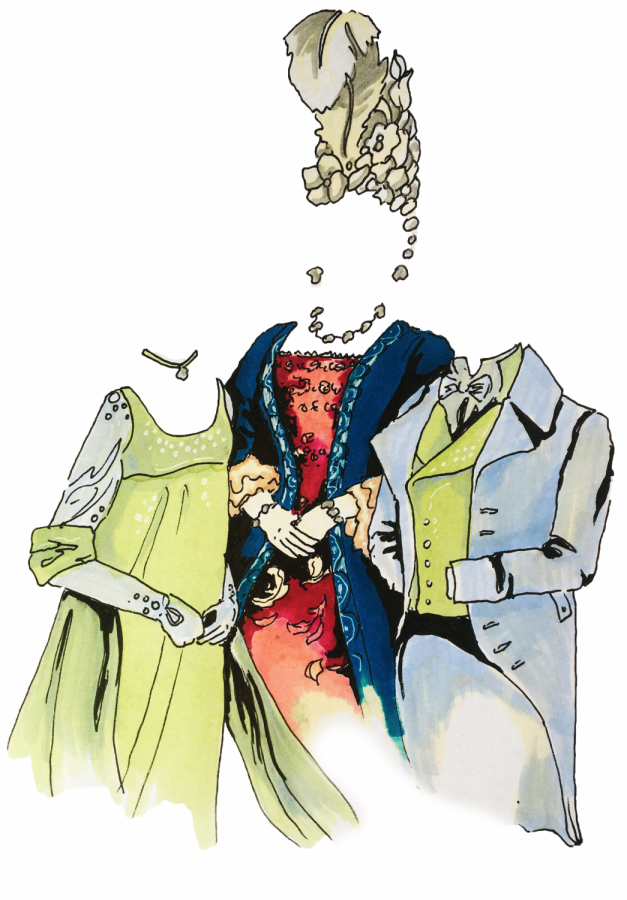 This year’s winter break consisted of sleeping in, distanced family gatherings, and for some, the steamy new Netflix show Bridgerton. The show develops around Daphne Bridgerton, a girl coming of age in early 1800’s London. Viewers follow the wealthy and well-regarded Bridgerton family around the city; trying to find a suitable husband for Daphne by the end of her “marriage season”, the time of year in which eligible young women seek out husbands and marry. However, the show’s complexity goes beyond a veil and ring. Exploring scandal, murder, and mystery, executive producer Shonda Rhimes has dressed up the show in glitter and gold.

Period dramas are becoming more popular than ever. The Gossip Girl meets 1800’s London drama has gained 64 million views in the first three weeks of its release. Some of this success is attributed to Rhimes’ inclusion of black and queer characters, demonstrating an effort to diversify Hollywood.

“Not only did they acknowledge the oppression of women, POC, and the LGBTQ+ community, they wrote the show in a way that empowered those marginalized groups,” said sophomore Etta Shack.

Many of the featured characters are POC, all playing important roles such as parts of royalty and aristocrats.

The show explored characters that transgressed London’s social norms. Daphne’s older brother Benedict wishes to explore the arts and his painting career, rather than seeking out a marriage. Viewers picked up on the subtle implications that marriage was not the most important thing in Benedict’s mind, unlike his other siblings, and for some, that brought his sexuality into question.

“He had a lot of character development that hinted at discovering his sexuality,” Shack said. “I think it’s super impactful for people watching the show to see a character that might be going through the same identity struggles as them.”

Setting a show in the 19th century around an active marriage market does not come without old-fashioned habits. The show focuses on a girl’s prospect of marriage at a young age, often presenting it as her only valuable trait. However, the archaic habits don’t stop there; a heavy taboo around women’s sexuality is a major theme in the show.

“I disagree[d] with the idea that a woman’s only role is to be a wife and serve her husband,” Shack said, ”I also noticed that sex was very taboo in the time period. Sex was really only treated as a way to get pregnant, rather than an act of pleasure. Premarital sex was treated as a horrible sin, and the amount of shame that came along with it was very upsetting.”

While Daphne’s marriage is the center focus of the show, Bridgerton explores more than the “wedding season”. Eloise Bridgerton, the younger sister to Daphne and one of the show’s more popular characters, maintains her idea that there is more to a woman than her willingness to marry by maintaining a heavy emphasis on her rights beyond marriage.

“I really liked [Eloise]…she was more interested in her education and less interested in taking the path of marriage,” said junior Selma Link.

The harmony between the 19th-century aristocratic aesthetic and a 21st-century soundtrack has created a show that viewers can relate to, all while exploring the passé time period. However elegant the show may appear, tough topics are still being addressed. Sexuality, race, and gender play an important role in Bridgerton, reminding viewers of the importance of these themes.