Does Generation Z take politics as seriously as we should? 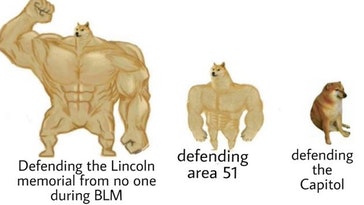 People between the ages of six and twenty-four–also referred to as Generation Z–were born into an unprecedented time: the Century of Conflict had all but ended, the Internet established itself as a quintessential aspect of daily life for billions around the world, and social issues such as race, equity, and environmentalism were being discussed at a global scale for the first time. Never before has a generation had the privilege of near-instant communication and knowledge at our fingertips, in our pockets, and in our own homes.

While this level of technology has allowed us to remain connected and continue to function at a semi-normal level of productivity, even during a pandemic, its limitlessness is cause for concern.

The Internet is the ultimate unifier, but also the ultimate divider. Stories and comments  spread under a cloak of anonymity  can be incredibly harmful and dangerous. During the Trump presidency specifically, the issue of social media as a means of sharing information has come under scrutiny. The president has made countless misleading and blatantly false posts, all of which have been viewed at an international level.

Trump’s  followers may take his words on the Internet seriously, but his opponents–specifically those in Generation Z–have used them as comedy fodder. TikTok, one of the fastest-growing social media networks of all time, has become a platform for teenagers and early-twenty-somethings to express their opinions on the current political and social climate.

Recently, memes surrounding the January 6 insurrection have become extremely popular. Some of this content has even gone so far as to poke fun at the deaths of several domestic terrorists who participated in this raid. That being said, memes addressing the deaths of George Floyd and Breonna Taylor were similarly created and distributed in the spring and summer of 2020, but nowhere near to the extent at which left-leaning, teenage TikTokers have posted about this recent riot.

Generations before us have discussed and engaged in political issues within their own communities, but never before has communication been so widespread. Generation X, Y, and the Baby Boomers speak adamantly about how Generation Z will fix the damage previous generations caused our planet and our country’s democracy. We are expected to fix the mistakes of those before us, yet we don’t even take our political system seriously. We are connected at a level never seen before, but there is no telling if our engagement will lead to substantial progress, or if it will end with our generation checking out of politics when we are of the age to vote, debate, and run for office.