Is this a problem we can work out? 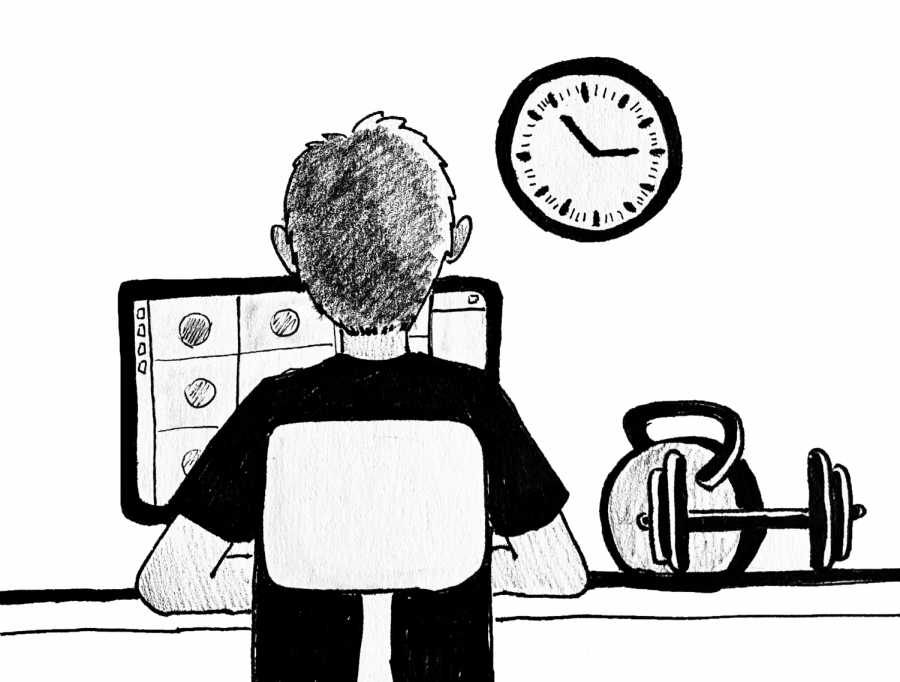 Being stuck inside for almost a year has been hard on everyone. Sitting on your couch doom scrolling on your phone every day gets pretty boring; you tend to lose interest in some things. With the concept of school adding some bit of productivity to our boredom-stricken lives, how are students staying fit during online learning?

William and Joshua, two students at TOPS K-8, are taking physical education. Now, how is the class conducted? The teachers call out different exercises (i.e jumping jacks, push ups) and the students are supposed to do them in front of the camera. But of course, the cameras don’t have to be on. So, during P.E time, the brothers  just watch YouTube or play games, which is basically what everyone is doing during online learning. But after school is over, their mother forces them to play in the backyard for an hour, or have their older brother go on a bike ride with them.

Another example of a student having difficulty is Guthre Oakes, a pupil at Garfield. Before the pandemic, junior Guthre Oakes would row 12 hours a week at Mount Baker Rowing club down by Lake Washington. But now, high school sports, in general, are uncertain.

“Without crew, I have less motivation to move. But I want to stay in shape as much as I can for the rowing season,” Oakes said.  He, like many others on his rowing team, hope to have a rowing season this year.

“I try to exercise in the mornings on weekdays for about 45 minutes,” Oakes said.

Daniel Yan, another junior at Garfield, went to his local community center to shoot hoops before the pandemic began. But since COVID, he uses a nerf basketball hoop taped to a wall to practice his shooting skills.

“I’m exercising a little. I do pull-ups and chin-ups on a pull-up bar, as well as push-ups. However, I don’t do these often enough,” Yan said. He does these workouts for short periods of time, as it’s not hard to find time to do them.

Issues that can be caused by online learning are difficulty concentrating, pressure to turn in both classwork and homework on time, and eye strain. Exercising can help relieve some of this stress.

Whether you choose to exercise or not is up to you, but many find it helpful despite the difficulties of trying to do something new.