Recycling specialists urge Seattle residents to use their resources wisely. 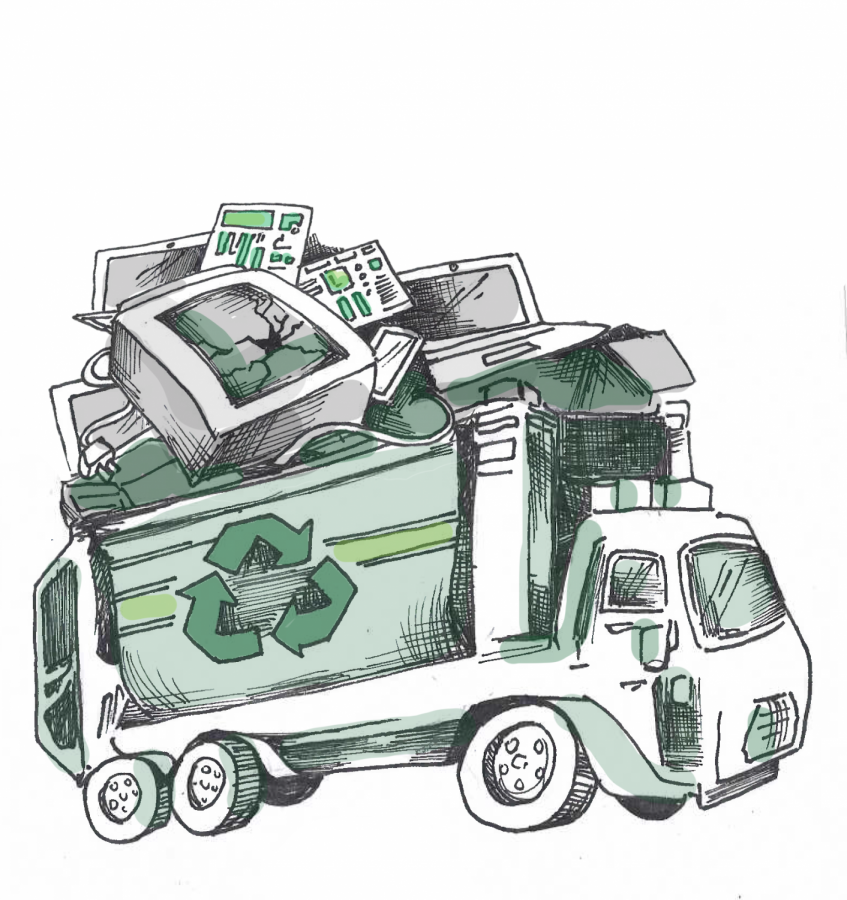 After running your recycling bin up to the curb in your slippers every other week, you don’t think much about where it goes, or how much of it goes where you expect. Seattle has recently been improving their recycling methods, mostly pertaining to the contamination in individual recyclable items.

Seattle has upheld a mandatory recycling ordinance since 2003 as the first step of the city’s path to zero waste. Since then, there have been multiple revisions and additions to the ordinance to reduce waste, the most prominent being “Seattle’s Solid Waste Plan 2011 Revision,” which strives to recycle 70 percent of municipal solid waste by 2022.

This plan was forced to move forward quickly in 2018 when China implemented the “National Sword” initiative.

Globally, 7 million tons of U.S. plastic waste is sent to China per year for recycling purposes – that’s 70 percent of total recyclable materials accumulated worldwide. The “National Sword” initiative drastically cut down the foreign recyclable materials that China takes in. 24 types of waste were banned, and the contamination levels accepted dropped from 1.5 to 0.5 percent. The original standard of cleanliness was difficult to achieve, and the new one is nearly impossible, according to recycling firms.

Seattle’s local regulations on recycling contamination had to adjust to comply with the initiative’s criteria. Much of what we consider to be “recycling” won’t actually get recycled because of these new standards. The contamination on plastic cups and containers doesn’t magically disappear on the way to recycling centers, and this is why China tightened their restrictions so much. The United States has been sending too many unrecyclable recyclables off for other people to deal with. The unwashed containers are just part of the waste that isn’t going to be recycled.

According to the United States Environmental Protection Agency, 56.9 percent of solid waste in Seattle was recycled in 2017. This percentage, though remarkably high compared to the US rate of 32.1 percent, is still far from the 70 percent goal.

While many areas of the country struggled with these new practices, King County worked to maintain and improve upon previous recycling habits. This started with providing conservationist education in schools under the King County Green Schools Program. The Natural Resources and Parks department of King County reported a record 306 schools that participated in this program, through which students were taught waste separation, environmental awareness, and garden tending. The program set up green teams in schools, encouraging students to partake in resource conservation, including access to separate garbage, recycling, and food waste bins.

Another local disposal plan prioritizes the recycling of electronics. Called “E-cycling,” Washington has offered free disposal of computers, TVs, and more at designated sites for over a decade. There are dozens of these collection sites in Washington, most of which are located in King County and discoverable by a quick Google search. 25 states (plus D.C.!) have some form of electronic recycling program, California being the first to pass an electronic waste recycling act in 2003.

Although it is easy to passively praise Seattle’s recycling system, understanding resource conservation and practicing clean recycling requires work from all parties.