Why Lebron's win doesn't change anything. 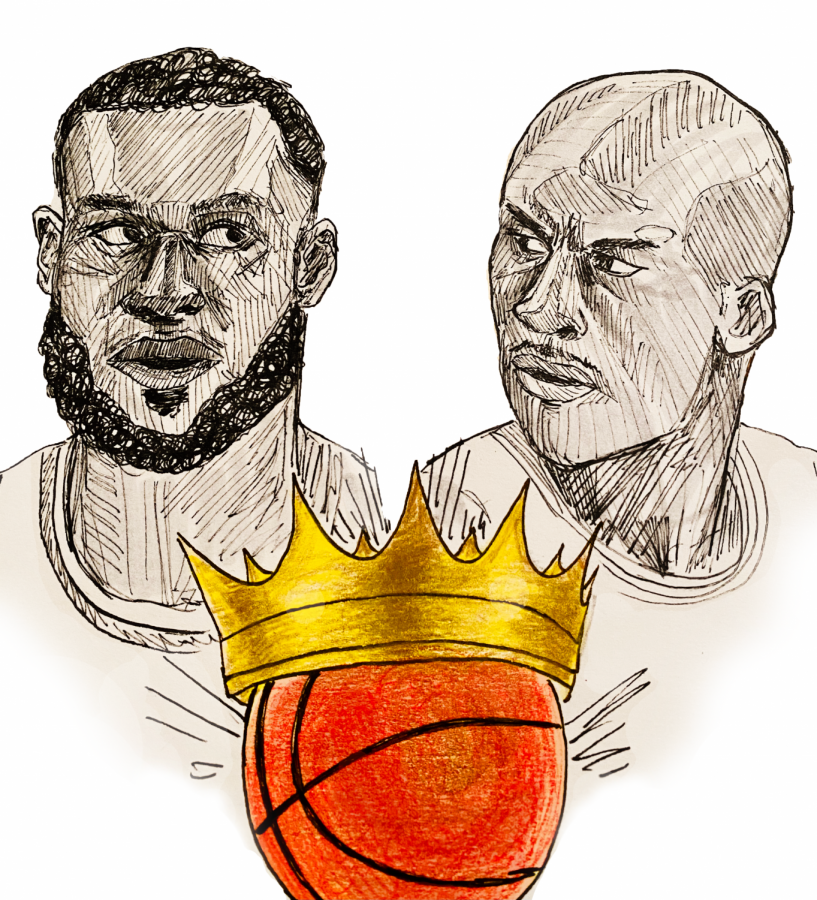 Two weeks ago, Lebron James and the Los Angeles Lakers beat the Miami Heat 4-2 in a best of seven series in the NBA Finals, capping off one of the most dominant playoff runs in modern NBA history. This championship win gives Lebron his fourth title and his fourth Finals MVP, bringing his career finals record to four wins and six losses. One would think that basketball fans from all around the globe would take this time to come together to  accept Lebron’s greatness and enjoy having one of the best of all time play right before our eyes. But for lots of fans, the exact opposite is happening. This recent finals win for LeBron, has taken the LeBron James vs. Michael Jordan debate to another level. But the truth is, in a conflict as tense and spirited and tense as the G.O.A.T. (greatest of all time) debate, rings like this make little difference, and may not change anything at all.

Let’s take a closer look into Lebron James and Michael Jordan. Even if you don’t watch basketball you know who these two are. From clothing lines to movie appearances, Lebron and Jordan are two of the most marketed athletes in history. But who is better? This question has been discussed nonstop for the past 10 years. From cafeteria lunch tables to talk shows on ESPN, everyone has an opinion. A recurring theme seems to be that the older generation believes Jordan is the G.O.A.T, because they grew up watching him play, and likewise for the younger generation with Lebron. The debate has  become more just based on personal preference, and with such arguable cases for both players, a clear answer seems to be almost impossible. Although it may seem like Lebron winning a title would change the dynamic of the GOAT debate, it actually has little to no change at all.

So no matter what Lebron James and the Los Angeles Lakers organization accomplish within the  next couple years, the chances that fans’ views  on LeBron change are very slim. His fans will continue to say he’s the best, and Jordan fans will continue to say Jordan would be better. So in the end, it really comes down to what individuals think, and no one moment in either Jordan or Lebron’s career will separate them from each other.