How local community theaters are trying to stay afloat during the pandemic. 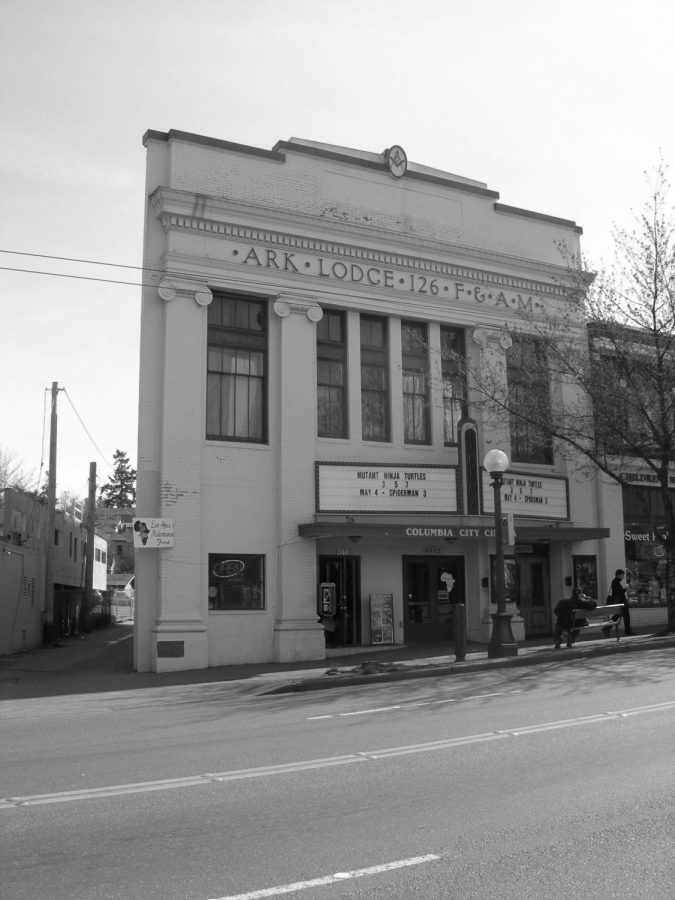 As we approach the ninth month of living with COVID-19, some aspects of society are beginning to reemerge after months of waiting. Unfortunately, many businesses such as small theaters are still stuck on hiatus.

Small theaters in Seattle are struggling to stay alive due to the pandemic, and the lack of business that comes with it. Across the city, these community staples are having to find new ways to keep business going and provide entertainment to thier customers.

Ark Lodge Cinemas is one of the local theaters that are struggling due to COVID-19. Located in Columbia City, this four screen theater has been a cornerstone in Columbia City for 15 years. Being located in South Seattle, it is a place that many Garfield students are familiar with. Junior Ben Tallent is a Columbia City resident and was a frequent attendee at Ark Lodge Theater.

“It’s a local theater that has been around for a long time, everyone knows each other,” said Tallent. “It’s a nice environment, and everyone is friendly. It’s like Columbia City pride.”

The sense of community is part of what makes small, local theaters so important for many. For theaters like Ark Lodge, they  also provide other services that make them a different experience from the large chains.

“There is more freedom on what to watch, like during Halloween they show more classic movies. There’s more of a variety in what you get to see,” said Tallent. “It’s nice to have a little theater that I can just walk to as opposed to having to drive downtown. The convenience and feel of it [make it special] for me.”

However, this unprecedented year has caused the theater to have to make difficult decisions about its future.

“Due to the continuing Covid Crisis and the extended closure of movie theaters during Phase 2 and the conditional reopening to only 25 percent capacity if and when the county can go to Phase 3, we have made the decision to remain closed to make necessary improvements and reopen sometime later next year.” reads the website of Ark Lodge Cinemas.

Theaters have had to be creative in how they work around the circumstances, such as having virtual screenings. Although events such as these clearly do not make up for the lost traffic.

“I think the idea there, but logistically it won’t work out. People can just use Netflix or Hulu anyway.” said Tallent.

Smaller theaters like Ark Lodge know this, so by showing smaller indie movies they can distinguish themselves from the large theaters. A lot of the time local theaters are the only place you can see these unique and interesting films, part of what makes these theaters special.

“They just have more of an indie scene, and you can see movies that you wouldn’t see anywhere else.” said Tallent.

Due to the local theaters being limited to virtual screenings, they are having a tough time generating enough revenue support themselves. We are already seeing some of Seattle’s iconic cinemas close for the foreseeable future, including Ark Lodge and other theatres like the historic downtown Cinerama and Grand Illusion Cinema.

There are ways that we can support these businesses by buying T-shirts and gift cards, or donating to fundraisers like the one set up by Ark Lodge (can be found on the Ark Lodge website). With our help, these local theaters can make it through these tough times and continue to serve the Seattle communities for generations to come.