What teachers really think of senioritis. 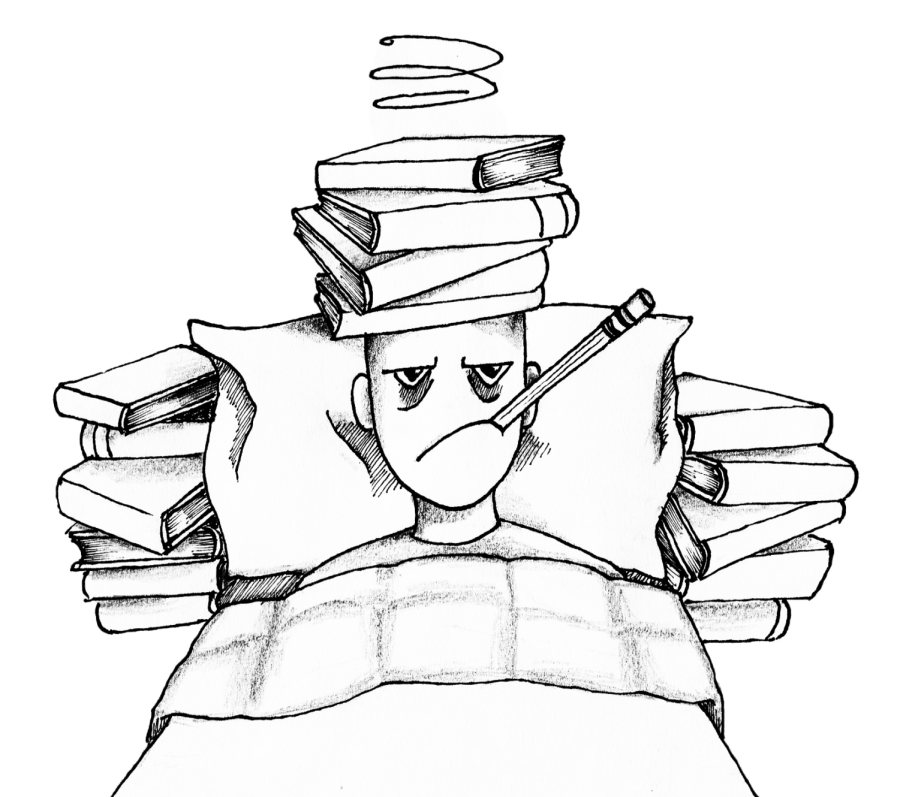 After my first day of freshman year, I went home and sobbed for half an hour straight. I was so mentally exhausted that the thought of repeating that day over and over for the next four years literally brought me to tears.

For many students, this feeling of burnout and exhaustion only increases as the years pass. By the time they enter 12th grade, many have developed a condition commonly referred to as senioritis, which according to Miriam-Webster is “an ebbing of motivation and effort by school seniors as evidenced by tardiness, absences, and lower grades.”

As seniors trudge towards graduation, it becomes easy to neglect the effect of their behaviors and attitudes on their teachers, whose job is to continue instructing them until those seniors take their finals and attend their last days of class.

Garfield project-based government teacher, Jerry Neufeld-Kaiser (NK), clearly sees a “gradual building during the second semester of seniors finding it harder and harder to care.” So, “they skip classes more, they check out, and it’s harder to get them to engage during class.”

“The amount of attention and rigor that they put into things goes down,” NK said.

“[There] is the tendency – and it gets earlier and earlier in senior year – just to feel burnt out, and doing assignments for school starts to feel like this ordeal, it becomes this arduous task that you have to do, and that leads to procrastination,” Harris said. “[The other type] is when it’s spring semester, and you’ve gotten into college, and it’s like you are marking time until the finish, and you really don’t want to do the work because you’ve already gotten in.”

Although it can be difficult for seniors to stay motivated  through their final year, behaviors such as skipping class and disregarding assignments do have a real effect on their classmates and teachers.

For NK, in-class time spent having discussions or conducting simulations is essential.

“If it’s a time when we have some readings and it’s ‘do these and then answer some discussion questions and turn it in,’ it doesn’t really affect my day if someone decides to take Friday off,” NK said. “What gets harder for me is if we are having one of the simulation projects with my government class, and people are playing roles, and then they are just no-showing.”

“I have changed my spring schedule so that the last six weeks of the year, I don’t try to do any role-play simulation stuff,” NK said. “Too many people are gone and it just doesn’t work anymore.”

Harris, on the other hand, sees a benefit in activities that require collaborative classwork during those last few weeks.

“[I] make it so that the classes are a little more freeform, and more fun,” Harris said. “And the students work in groups, so there is a sense of ‘you have to come to class to be accountable to your group,’ which helps [boost attendance].”

As teachers like Harris and NK are well aware, senioritis doesn’t always start in the second semester.

“[There’s a] pattern of students skipping class to do their college applications. That’s frustrating, but I also understand there is a sense of students just having too much to do, and there only being so many hours in the day,” Harris said. “I think that the stress of applying for college definitely takes away from attention spent on actual classes, but then there’s also the stress of needing to get good grades for the college applications, so sometimes those two things contradict each other.”

As much as it affects their classes, most teachers are empathetic to how seniors feel by the end of the year.

“I think it’s a long slog to get through that college application process, or to figure out what you want to do with your life,” Harris said. “I think people get tired; I mean, I get tired at the end of the year, teachers get tired too. I think that is a human thing, you just get exhausted.”

“It’s a big time, it’s a big change. And high school starts to feel so irrelevant, even though you’re still in it. So I totally get it,” NK said. “I think [senioritis] is natural, and it’s okay. Seniors are finishing up. We should congratulate them, give them a handshake or a hug, and send them on their way.”