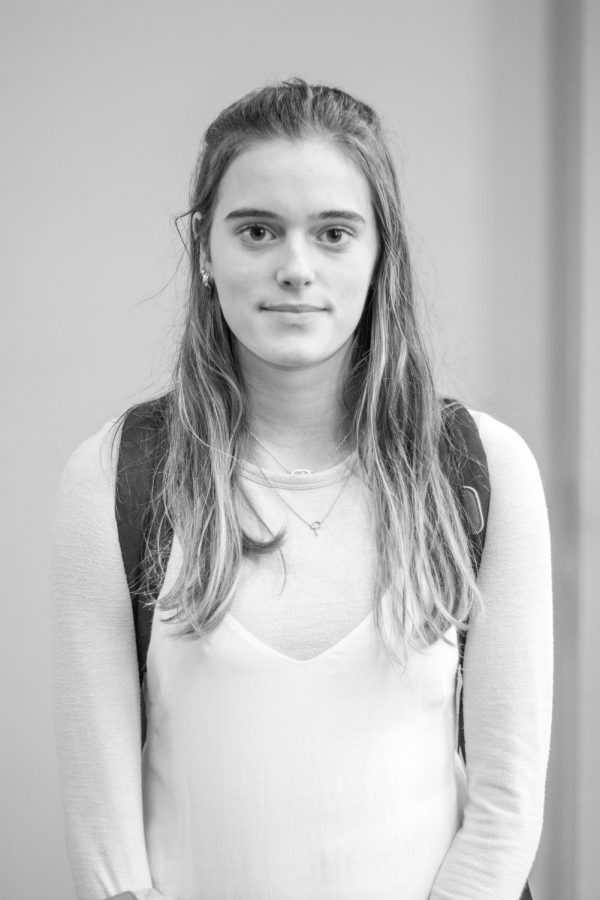 Posy Vogt’s extraordinary skill and the supportive welcoming, welcoming nature of the team is what keeps her coming back to cross-country every year. A senior on the varsity team, Vogt initially joined the summer before her freshman year after her sister, a former Garfield runner, encouraged her to try cross-country out.
Cross country can be a very intense sport with 2-hour practices every day after school, but Vogt says the close community is what helps her and her teammates remain cool under pressure. “Everyone takes it light-heartedly even though the actual meets are stressful,” Vogt said.
Along with high-intensity comes competition. It’s quite common to find yourself competing with your teammates in a sport like cross-country, but the team here at GHS is nothing but encouraging according to Vogt. “Everybody supports everybody no matter what.”
Unfortunately, Vogt had to unexpectedly cut her senior season short due to recurring hip pain . However, she was determined to heal by doing physical therapy and cross-training two or more times a week. It wasn’t the same not being able to practice with her team and there were times where she felt like she wouldn’t run in the season at all, but her team made her feel like she was with them every step of the way. “I still felt like I was a part of the team even though I wasn’t going on runs with them every day .” Vogt said. Continuing her strengthening training diligently, she knew it would only be a matter of time before she would be prepared to run alongside her teammates again.
Once Vogt was eligible to run again, it was a pleasant surprise when she found out she would get to run in Districts. Despite being out for the majority of the season, Vogt was nothing short of excited to run with her team again. “I was really lucky, and it was such an awesome experience to have with my team.” Vogt said. The team did not qualify for State this year but it didn’t phase her. “It ended up being worth it to run with my teammates even if we didn’t go to State.”