Has the College Board gone overboard? 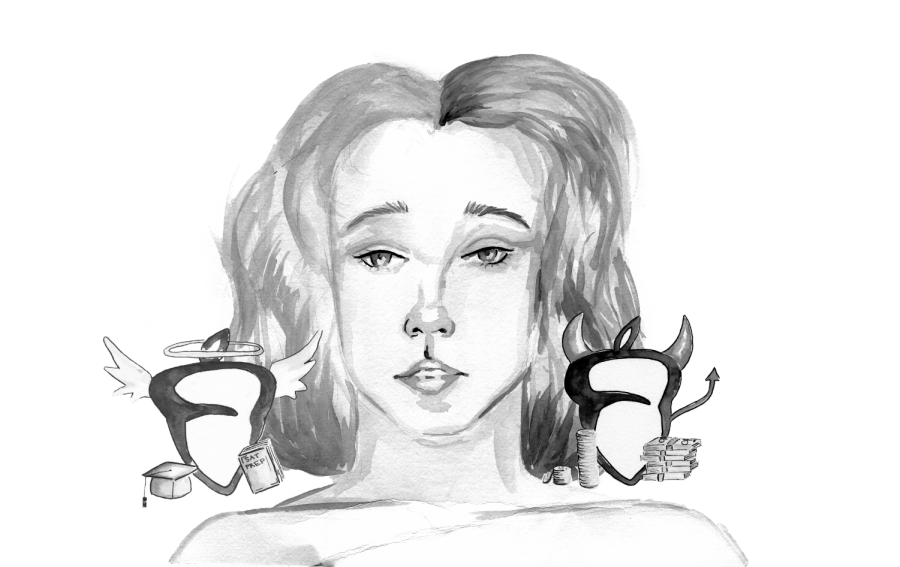 The College Board plays a huge role here at Garfield as the educational organization behind AP classes, AP testing, and the SAT. But is it purely a force for good? The answer is a bit more complicated.

Garfield undeniably has an “AP Culture,” a fact that was agreed upon by all the Garfield faculty I interviewed for this article.

“When a student is in college, with a quarter system they’ll take three courses and in a semester system they’ll take four,” said Gary Thomas, who teaches Marketing and AP Macroeconomics at Garfield. “We have kids here taking 6 APs per semester because they feel that the only way that they can be competitive enough to get into an elite institution is to take the highest level of rigor that’s offered at their school.”

While there are definitely benefits to taking AP classes, the AP teachers added that taking too many can make things really difficult for students.

“The AP test has these concrete benefits for college admissions and for credits once you’re in college, and also for the experience of sitting through the test,” said Mark Lovre, who teaches AP Lang and grades the test “But then, it gets really dicey because should any student be taking five AP classes? If you take five or whatever number and you get an ulcer and you’re burned out before you even get to college then that’s not so good.”

As for the tests, most of the AP teachers believe their respective AP test assess relevant skills, even if taking it can be stressful for students. “I hope that I teach students how to think critically and how to approach questions in ways that benefit the way that they think,” said Dr. Rachel Finley, who teaches AP Environmental Science. “But overall it tends to be a lot of pressure.”

“The APUSH test is intended to sort students,” said Daniel Young, who teaches AP U.S. History and also grades the test. “It definitely accomplishes that. It’s not a test that just allows you to show whatever your strength is. I think if you had a test like that, it could be really good, but it wouldn’t let us understand who has a better and lesser understanding of U.S. history.”

However, the College Board’s relentless expansion of AP classes and testing have left some wondering where its true motives lie.

“I see pros and cons [to the expansion],” Thomas said. “The pro side is it’s a known entity in terms of the quality of instruction that’s going on. That has some weight to colleges, and as long as colleges value that, it’ll continue to be a driver for students. However, at times I do wonder if pushing students into courses they’re not necessarily prepared for or are overwhelmed with is always in the best interests of a student.”

“In the nine years I’ve been scoring the AP Lang test, the number of students taking it has increased by 30 to 40 thousand kids a year, and the scores they’re getting aren’t distributed evenly across the range of scores,” Mr. Lovre said. “[This] comes from places where an entire class or an entire school is made to take this test, because the College Board pushes research that says that kids who take the class take the test and do better in college. That is true, but my fear is that school districts see the correlation and choose to interpret it as causation, and force all their juniors to take the class.”

The College Board’s other main offering is the SAT. Though the test is required at many schools, including Garfield, it isn’t without its own share of problems.

“Institutionally it is an exam specifically made to benefit white male privileged students,” said Tiffany Bigham, the College and Career Specialist and AP Testing Coordinator at Garfield. “It’s not about aptitude, it’s not about intelligence, it’s about how well you know how to take this particular test.”

The College Board is a not-for-profit organization, which is different than a for-profit company, but isn’t the same thing as a nonprofit, which further complicates things.

But Ms. Tiffany doesn’t think this means that the College Board should be vilified.

“I think like anything, the College Board is a tool,” she said. “Because they have cornered the market on [what they do], I think it’s really important to look at it like a tool instead of making it an enemy or a martyr. If playing by these particular rules is how you have to navigate it, then by all means do, but just know that AP, SAT, and the College Board as a whole are all just feeding off a particular narrative, and I think it’s time that we look a little bit more outwardly on that.”