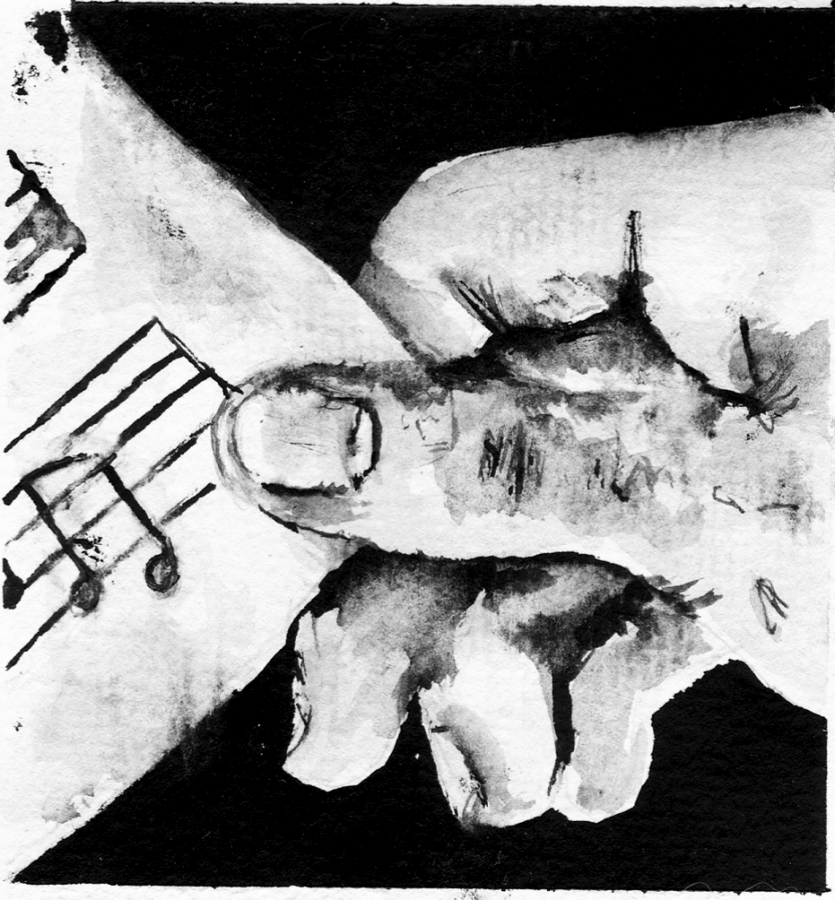 This year, Blake Saunders has transitioned from a full time choir and vocal jazz teacher at Washington Middle School to splitting his time here at Garfield and at Washington. Though few would be willing to sacrifice their days teaching middle schoolers, Saunders finds great joy in it.

“Middle schoolers are so much more capable than people give them credit for,’’ Saunders said.

Despite being known for the fact that he would never teach high school, Saunders enjoys the overall maturity of high schoolers.

“I love the honest passion of high schoolers… the vibe of Garfield…the Central District. I fell in love with [it all],” Saunders said. Being a teacher in a vulnerable subject such as choir can be difficult, especially with younger students. Saunders focuses on giving all students a safe place where they can feel comfortable to  learn and grow.

“The goal for [my class] is that [it] should never be a stress in your life,” Saunders said. “It should be a place where you get to have fun for an hour,” Saunders said.

While many would think that simply teaching hormonal teens all day is enough, Saunders and his counterpart Jared Sessink take it a step further.

Music programs at Garfield and Washington have been oriented towards White and HCC students in the past but Saunders and Sessink have been working together to change that. They saw success in making Washington’s music program more equitable. They hope to replicate that success at Garfield.

“Sessink and I are [at Garfield]  to bring significant change to the overall culture,” Saunders said. “Equity work is what we do, and we’re very strongly focused on that. Unapologetically so.”

There’s a new Jazz director in the dawg house. Meet Jared Sessink, a Michigan native who has known about Garfield’s distinguished jazz program since he himself was in high school. The continued prestige and widespread notoriety of Garfield Jazz has been the result of the work of Clarence Acox, who retired in June of 2019, after 48 years as the program’s director.

Sessink comes to Garfield after three years at Washington Middle School, and he is devoted to maintaining Garfield Jazz’s excellence, something that stems from the rigor Mr. Acox established in the program nearly five decades ago.

Sessink has big shoes to fill, but is committed to making this year fulfilling for everyone.“I understand that I am the only director in 48 years that has taken on this role, and I see that, and I honor his [Acox’s] legacy,” Sessink said. “The way I’ll do that is by continuing to make sure that kids are getting a high energy and rigorous, great experience,” he added.

The energy and passion that Sessink aims to bring appears to mesh well with the goals of the students in the band. “Everybody’s really excited and passionate, so when we’re playing a song, and really getting into it and feeling that emotion, the audience can feel that too, and that’s something that I haven’t experienced anywhere else,” said Noah Mark, a Garfield junior who plays the drums. “I think that jazz, and especially jazz at Garfield brings people together.”

Regardless of how Garfield Jazz fares in competitions or showcases, this “transitional year” as Sessink put it, promises to be one of growth, community-building, and energy. “He [Sessink] is as excited as any other student,” Mark said.

Anderson’s own passion for theater started when he was just 14, so becoming the director of Garfield’s theater program is significant to him.

Before securing the position at Garfield, Anderson worked at a variety of schools in the district, including Washington Middle School, Meany Middle School, and Franklin High School. However, this position is the first he’s had as a full time teacher.

“I am absolutely honored to be here,” Anderson said.

Anderson plans to uphold the legacy of Garfield’s well renowned theater program and maintain its foundation, but has some ideas for what he wants to change.

“I want to expand the greatness of the theater program, open it up, make it more inclusive and have it recognized more in the community,” Anderson said.

Anderson’s goal for Garfield theater productions is that they’ll have an impact on the audience. The Children’s Show, for example, is an annual production many elementary schoolers attend as a field trip. For this year’s Children’s Show, Anderson is putting on Phantom Tollbooth and wants the audience to walk away having gained something.

In this year’s fall play, Noise Off, his goal is to showcase the “dysfunction” of the behind-the-scenes of theater.

“The theater world is a world of its own,” Anderson said.

Anderson also wants students to know that he is more than just the theater teacher and can be a positive influence in people’s lives.

“I’ll be sunshine on a rainy day, and I want them to know that they can always look to me to get something  positive,” Anderson said.