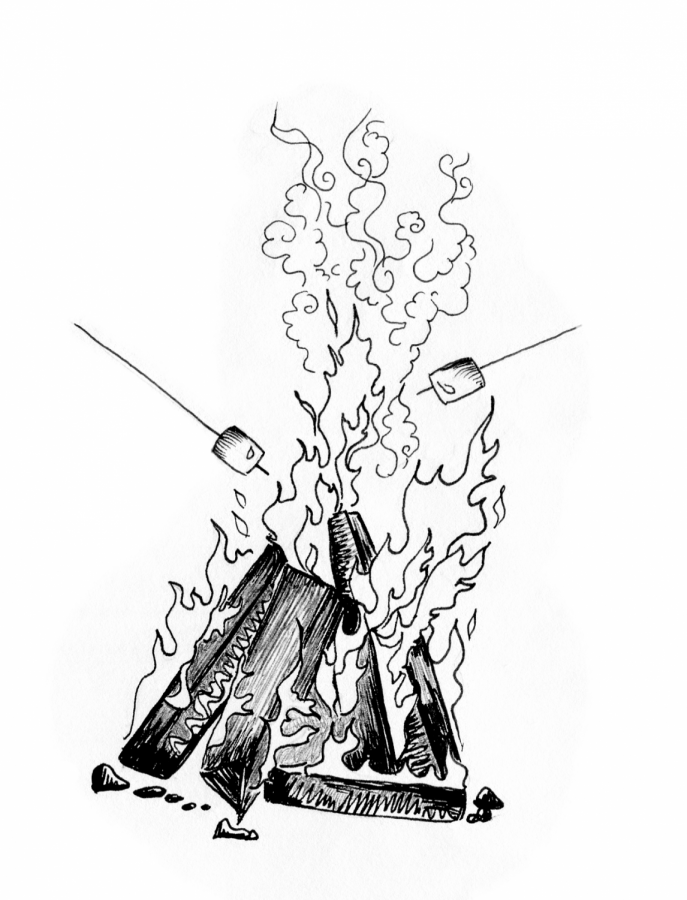 If you’ve heard of POST: Student Led Outdoor Recreation, then you’ve probably heard of POST: Clique-y White-dominated Camping Trips.
Camping, hiking, and other wilderness activities have been historically filled with upper-class white participants. POST, an organization that focuses on such activities, is no exception. In the hopes of breaking this stereotype, POST has recently introduced a new trip called Intro to Camping.
The brainchild of POST staff members Linda Phan and Sara Javkhlan, Intro to Camping was designed specifically to serve students of color and people from low-income backgrounds. This outreach came after years of racial imbalance in Garfield’s outdoor education program.
“When I got on staff sophomore year I saw a lot of issues with who would go on trips and who would come back on trips,” Phan said. “Staff and campers of color would go on a trip, but then they wouldn’t want to come back on any other trips.”
Retaining and reaching out to new campers of color was clearly a major challenge for POST.
“When I talked to campers about their experiences, I’d get the same answer where they didn’t feel comfortable,” Phan said. “And people who had never been on POST trips would say they’d never been in the outdoors before and were uncertain how it would turn out.”
POST is something Phan loves a lot, and as a staff member, she is able to see how the program brings people together and makes them feel like they have a community at Garfield.
“So how do we make POST more inclusive,” Phan said, “to people who’ve never been camping before or feel uncomfortable within the POST atmosphere?”
Phan and Javkhlan decided to make a beginner level camping trip catered towards these people who had problems with POST.
“Everyone would go camping, they would go on a hike, and also do some volunteer work,” Phan said, “I thought this trip would address some of the problems I’m seeing with POST.”
The outcome was overwhelmingly positive. The vast majority of campers and staff on Intro to Camping were people of color.
“I was really worried about how on less structured trips it is really easy for campers and staff to segregate themselves,” Phan remarks, “but this trip was not like that at all. Everyone was really comfortable with each other, and I definitely think the [demographic] environment made a big contribution to why the vibe on this trip was so comfortable and inclusive.”
For sophomore Wubwa Ibrahim, Intro to Camping was her first POST trip.
“I hadn’t really been camping outside before so it was a new experience,” Ibrahim said. “We learned how to set up tents, cook outside, and we also hiked and pulled out weeds. It was fun and really nice bonding with everyone — including people who weren’t in my grade.”
Intro to Camping also encouraged Ibrahim to go on future POST trips, including the upcoming trip to Lopez Island.
Jessica Luu, another camper, had been on multiple POST trips prior to ITC.
“Intro to Camping was very different than the other trips,” Luu said. “Since it was a big group of people of color, we were able to bond a lot more and it was a more memorable experience. I would definitely go on another trip like this.”
Due to the amount of positive feedback from the trip, people have been expressing an interest in continuing what Phan and Javkhlan started.
“Staff of color who are juniors have told me they want to run the trip next year after Sara and I graduate,” Phan said. “I really think this is something that could continue, which is great because a trip like this is essential if we want to dismantle the racist tendencies within POST.”
In terms of long term goals, Phan hopes that every trip can have the same sense of community that she found on ITC.
“The idea with Intro to Camping is to create an environment that’s perfect for these students of color or who come from a low income background,” Phan said. “We want these campers to continue with POST and bring that environment with them to other trips.”
Phan’s goal would’ve sounded close to impossible a year ago. Now, with ITC breaking a 35-year streak of whiteness, POST’s future is looking a bit more colorful.