The untold stories of the Garfield faculty.

This year was Mr. Raymond Tsang’s first year teaching physics and chemistry at Garfield. He recently moved from California to Seattle, not knowing a lot about the districts in Washington. He applied through Seattle Public Schools and Garfield was the first school to offer him a position.
“The reason why I chose physics was because it was related to my major — electric engineering — and it’s very relatable to students lives,” Tsang said. “The way I started teaching chemistry was Garfield needed a chemistry teac

her and they picked me to be one.”
This year will also be Tsang’s last year teaching at Garfield. With the large budget cuts Garfield received this year, Tsang is one of the teachers being displaced. Despite this inconvenience, he doesn’t place the blame on the school.
“It’s an issue and yes, a lot of teachers of color are being displaced, but one thing I want to clear up is that it’s not someone’s fault that it’s happening,” Tsang said. “I will say that the majority of teachers of color are newer and that’s why it’s disproportionately teachers of color that are getting displaced. So all in all it’s nobody’s fault.”
Next year Tsang might be working at Meany Middle School where he’ll be teaching eighth grade science and hopes to incorporate a different learning style next fall.
“A lot of schools are shifting to project based learning,” Tsang said. “And something I noticed that with the levels of classes like regular, honors, and AP is that project based learning accommodates for all levels of students. I also just think projects are more enjoyable for the students.”

Ms. Jannette Manuel moved from the Philippines to the US when she was in high school. Her mom decided to settle in the city of Seattle, which was where Manuel’s path to becoming a teacher began.
“Ever since I c

an remember I’ve wanted to be a teacher,” Manuel said. “I’ve had amazing teachers in elementary and high school. I did not attend middle school, but it was when I attended Ballard high school where that desire was enhanced.”
Though Manuel initially planned to apply for a teaching job at her alma mater, Garfield was looking to hire more teachers of color and Manuel found it important to fill that seat. At Garfield, Manuel teaches Nutrition and Wellness and Family Health.
“I actually didn’t want to be a health teacher. It’s an ever-changing curriculum and I feel like we can never capture in a textbook what’s going on,” Manuel said. “This is the first time in a decade that the textbook has changed and it can be very difficult.”
Mnuel has done more than teaching health in her nineteen years at Garfield. Last year, Manuel took on the role of substitute assistant principal while Ms. Griffin was out. She was able to work with a wide variety of students, teachers, and parents.
“[That was the] second time I substituted for Ms. Griffin,” Manuel said. “I enjoy the leadership and administrative position. I helped kids in different capacities. I was able to help teachers with students who might need the extra support.”
During the summer Manuel plans to teach summer school, so she can help those students catch up and get back on track for high school graduation.

Ms. Janett Du Bois was an actress and singer before she found her main passion for teaching. In the 1980’s, when her own children went to school, was when she began her career in the field of education.
“One day the head of the school asked me if I wanted a part time job driving the school bus,” Du Bois said. “I said ‘sure,’ and while I was driving the bus and a couple of the teachers ‘well, what about working in the kitch 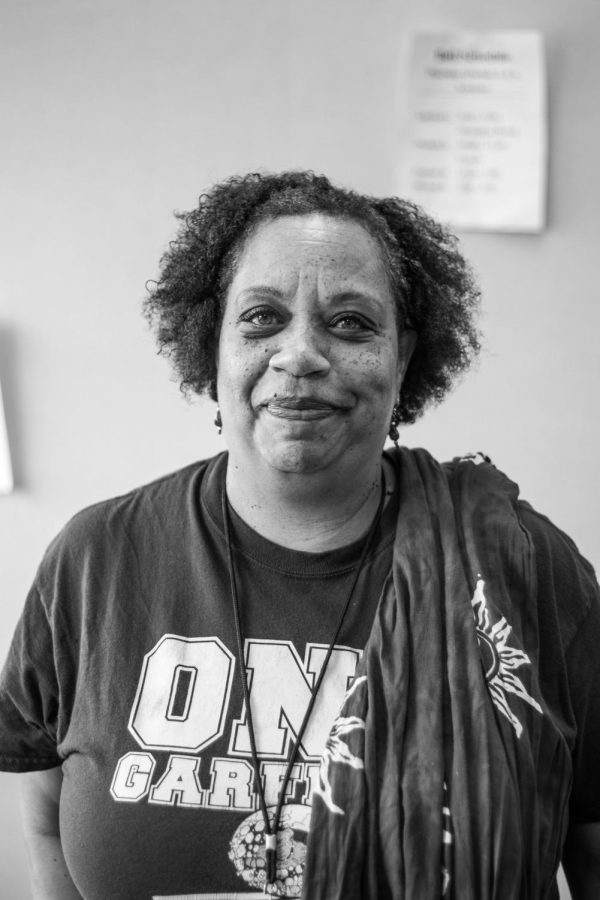 en for an hour?’ Then I was asked to tutor kids in reading and from that point on I became sort of an assistant in the classroom. ”
Du Bois’s time as a teacher’s assistant motivated her to go back to school to get an education certificate. Mr. Howard, who happened to be studying at the same school of education, offered Du Bois ajob teaching the emotional and behavioral program at Garfield and she said yes.
“I teach the special-ed department and they want to say people have a disability, but I call it more of a disorder,” Du Bois said. “Your behavior is out of order and I’m here to help you get it together.”
Du Bois also teaches all grade level language arts. She helps those catch up to their grade level by giving them a foundation they might have not had in past years at school.
“We don’t have really have gen-ed [at Garfield]” Du Bois said. “We have the special-ed department, honors, and AP, but gen-ed is getting squished out and there are a lot of kids that would benefit from having a general program. I’ve been saying we need to focus on those kids in the middle because it’s a much larger group of students than those who are in AP.”
This summer Du Bois plans on working on getting more credit hours to update her teaching certificate. She also plans to be spend more time with her grandkids.