New Bullfrog in the Pond 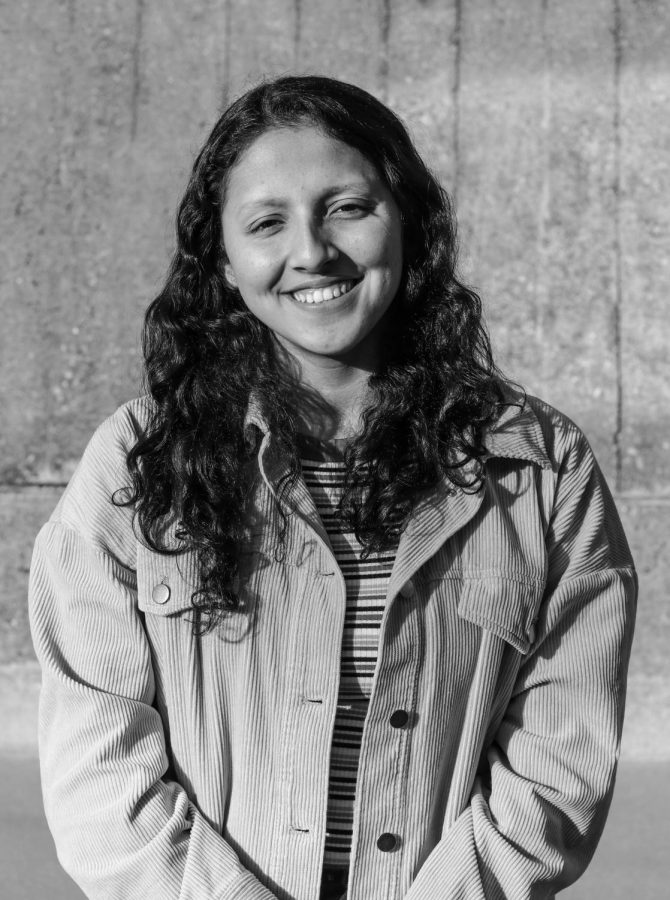 In their matching purple swimsuits and swim caps, the members of the Garfield’s girls’ swim team may be difficult to distinguish. But when they’re in the water, one swimmer pulls ahead.
Valerie Barreto, a junior who just moved to Seattle from Miami, has made a splash on her first season with GHS Swim: qualifying for state in 3 events over the course of the season, and placing second in both of her events in Districts.
“Metros went really well,” Barreto said. “I was kind of surprised!”
Florida is a big swimming state, far more so than Washington. The move served as a reset for Barreto, who was accustomed to steep Miami competition.
“Before I came to Seattle I was kind of in a rut,” Barreto said. “I was doing really bad with my times and I was kind of frustrated, but I did really well at Metros, and that boosted my morale.”
Although moving across the country was a disruptive shift, the swimming community has helped Barreto acclimate to a new school and city.
“Overall in Seattle I’ve been doing pretty well, mostly because of the team environment,” Barreto said. “It’s really healthy and we’re really close. It made coming to a new school a lot easier.”
To sophomore teammate Ellie Snyder, Barreto’s impact on Garfield swim have been noticeable.
“Valerie has brought a lot to the swim team,” Snyder said. “In Metros last Friday we placed 5th, while last year we placed 11th. She’s insanely fast and she brings that to all of our relays, so we dropped a bunch of time, making all these qualifications for state.”
Relays are of course a team effort, but individual speed can tip
a team over from good to great.
“There’s a lot of new fast people, but Valerie’s definitely one of the fastest,” said Snyder.
However, Barreto doesn’t rely on innate talent. As any athlete knows, worth ethic and mindset is half the battle.
“She’s really really hard-working, always trying her best. She never cuts something short or slacks off because she knows that if she’s gonna be there, she’s gonna be there 100%,” Snyder said.