The Hate U Give Review

Get to know this bestselling book. 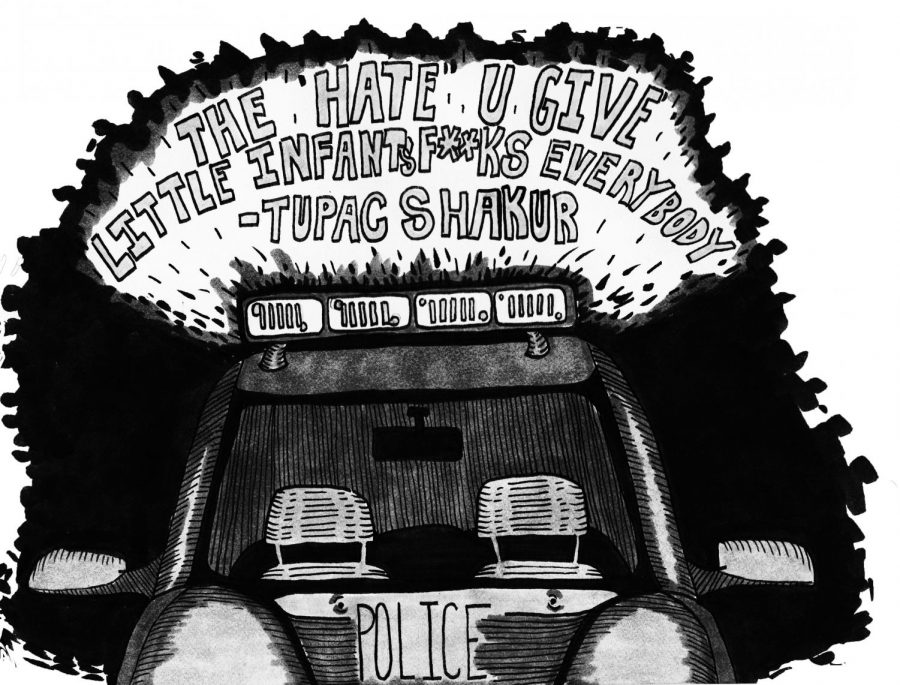 In the novel The Hate U Give by Angie Thomas, Starr, Carter’s life is split into two worlds- her home, and her school. After witnessing the fatal police shooting of her childhood friend Khalil, her worlds collide. Finding herself stuck between the police and Garden Heights’ own drug lord, she must learn to speak up about Khalil’s death, her only worry being the consequence of her words.
The book, which is set in 2017, follows the lives of characters in their teenage years, mimicking Angie Thomas’ core audience. The book addresses topics such as social media, police brutality and drug abuse, drawing connections to current issues that are relevant to the readers. In many ways The Hate U Give is a reminder of the issues marginalized Americans deal with today.
Some controversy surrounds the novel, and its movie adaptation, which comes out October 19th. The ALA reported that The Hate U Give made the top 10 list of the most banned books of 2017, for reasons including an overuse of profanity, drug use, and inappropriate language.
The movie adaption also received criticism around the casting of Amandla Stenberg as Starr. Because of Stenberg’s lighter skin and more eurocentric features, many people see this casting as an attempt by Hollywood to whitewash influential black characters.
Whether or not you agree with the controversy, The Hate U Give is an astounding book that mirrors the world it was written in. Furthermore, author Angie Thomas takes great steps to expose the truth behind police brutality and who it impacts most.