Shakespeare is in the dog house. 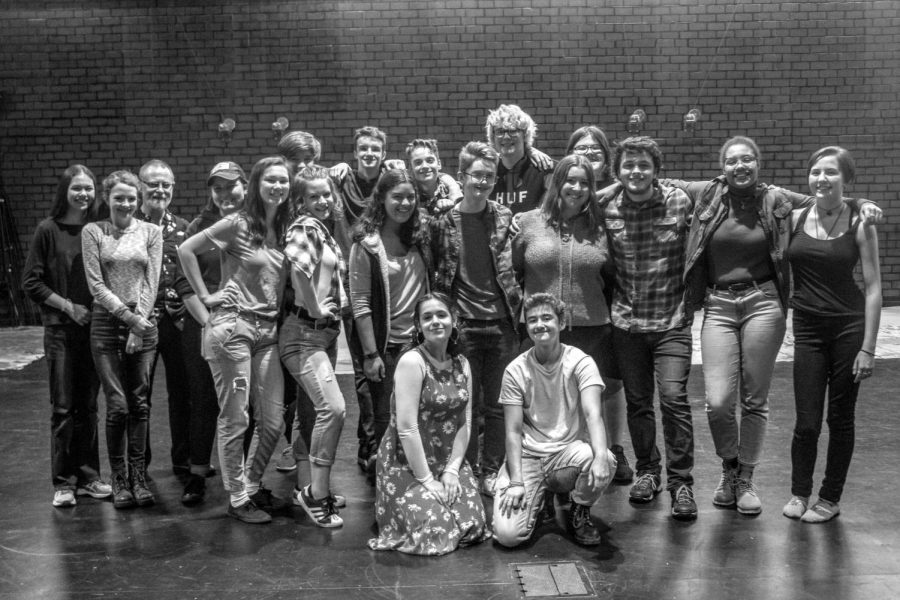 When you think of Shakespeare, you probably think back to the time in your freshman year when you had to study and perform Romeo and Juliet in your language arts class. Most would agree that it was a tragic play that was tedious and boresome at times.
That is not the case for The Comedy of Errors, the fall show being produced by the Garfield Theatre Department. Slapstick comedy, mistaken identities, and flat-out foolishness reins in this explosive and vibrant production.
“It’s low-brow comedy in the best way possible,” sophomore Tyler Wood said, who portrays Dromio of Ephesus.
The Comedy of Errors was one of Shakespeare’s earliest plays, bound by clever wordplay, puns, and outrageous plotlines. The play centers around two sets of identical twins, Dromio and Dromio, and Antipholus and Antipholus, who were accidentally separated at birth. As they go about their lives, each Antipholus has a Dromio as their servant, one pair residing in Syracuse, and the other in Ephesus.
Hilarity ensues when one pair comes into town. Throughout the play, these twins are repeatedly mistaken to be each other, causing uproar and confusion amongst the characters.
“It’s really funny to watch the twins question who they are because their identities keep getting mixed up,” junior Nikko Johnston said, who portrays Dromio of Syracuse.
This particular Shakespeare play is not as well known as some of his other classics, such as Macbeth, Romeo and Juliet, or A Midsummer Night’s Dream.
“The Comedy of Errors is often overlooked despite its humor,” junior Sophia Mitchell said, who portrays Adriana.
Mitchell hopes that the Garfield student body will come out and support their peers in this production and not be held back because it’s Shakespeare.
“This is one of the best Shakespeare plays to watch if it’s your first time watching Shakespeare,” Mitchell said.
Don’t miss out on all the laughter- performances are October 25-27 and November 1-3. All performances are at 7 pm.