What exactly is it? 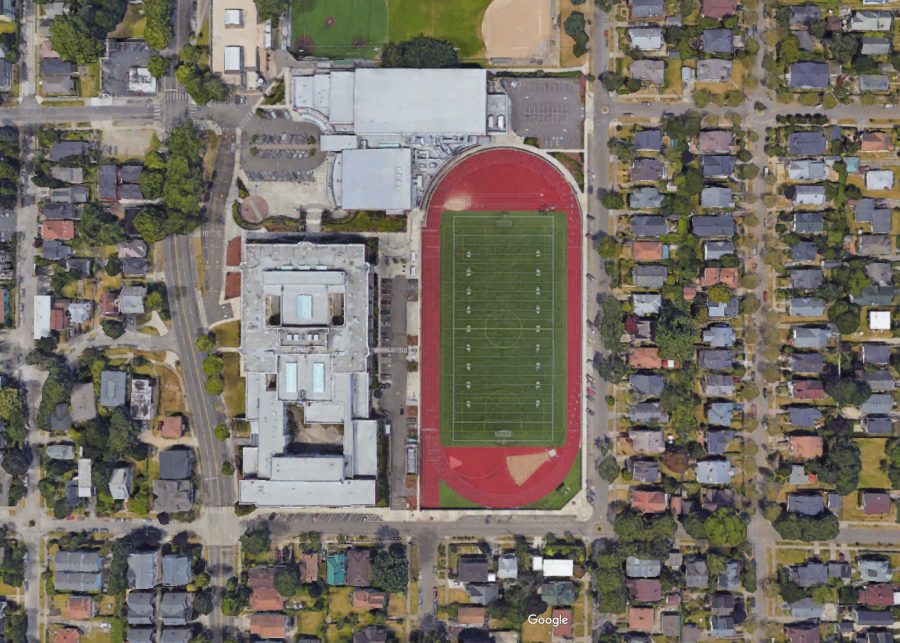 F or several weeks, talk of an after school detention program has floated around Garfield, as students feared being penalized for a simple tardy after lunch.
Contrary to the murmurs around school, Rob Jones, Youth Services Liaison at Garfield, paints the program in a more positive light.
“Administration has developed this program as an alternative for suspension, ” Jones said.
Starting October 1st, the program will run after school for two hours on Tuesdays and Thursday in room 105. Implementing a four hour session on Saturday may become an option as well.
This extension of the program will be used for kids who routinely do not show up and continue to violate school policy.
When asked about the Saturday option, Garfield Truancy Specialist Portia Beard said, “We are trying to see if after school will work over having a kid come in on a Saturday.”
In years prior to the new school enrichment program, there was a Saturday school program run by the late Joe Bland. Many other schools within the district have similar Saturday school programs.
“It’s really not focused on that,” Jones emphasized when asked if those tardy to after lunch classes would be targeted, “ It’s just really about curving the truancy and attendance rate, which we’ve noticed has a direct relationship with grades.”
Beard echoed the same sentiments.
“Coming back late from lunch, it’s not the tardy,” Beard said, “It’s not the ten minutes, it’s the eleven minutes and on when it is considered an absence.”
Officially, a student is considered truant if they miss five or more unexcused days in a month or ten or more unexcused days in a year. If the pattern continues, then by the seventh unexcused absence in a month or the tenth unexcused absence during the current school year, the school district is required to file a petition to the juvenile court. At four absences she mails out a warning letter and at six the student will receive after school enrichment. These advancing steps in the truancy process will still be followed, but the new program is an alternative.
“With truancy, [after school enrichment] would be the step before [students] do the student attendance agreement,” Beard said.
The student attendance agreement is a plan that is created to assist the student in improving their attendance that can outline different support systems and interventions.
“What we realized is that there was nothing in between,” Jones said. “So if a student did something that didn’t warrant a suspension but warranted some disciplinary action, there was nothing in the middle.”
Short term suspensions can last up to ten days whereas long term suspension can last up to 90 days. The Seattle Public Schools Discipline Guide for administrators is fairly vague, as it leaves it up to each school’s respective administration to deal with offenses.
“Instead of suspending kids and having them away from school, we want them here,” Jones reiterated. Jones stressed that the program “[is] not just a place to come and sit,” unlike the familiar detention narrative. There are workshops administered by Garfield staff members during the duration of the program time. The components offered include time management, decision making, self management, conflict-resolution, and goal setting. There is also allotted time in the second hour for students to complete homework.
“After school enrichment is more about developing skills and giving kids skills and the ability to make better decisions,” Jones said.
Furthermore, the workshops correlate to the infractions. For example if a student had issues with tardiness and truancy, they would attend the sessions on time management and decision making.
“Here we call it enrichment because we are going to give you some skills,” Jones said. “We are going to open up conversation as to why [the behaviors continue].”
The number of days a student can be given ranges from one to several.
“[It] is really based off of actual policy violations,” Jones said.
Security, administration, and Ms. Beard are all involved in the decision. The number of infractions and the severity of the infraction are both taken into account.
If a student does not show up to after school enrichment, they will be rescheduled to the next available one. If they miss the second one they are not able to return back to school without a parent.
“There has to be a family meeting with Mr. Howard” Beard said.
Both Beard and Jones stressed that the program is a place for students to grow and learn skills they can use to succeed.