“JVC 16” takes the teachers to school 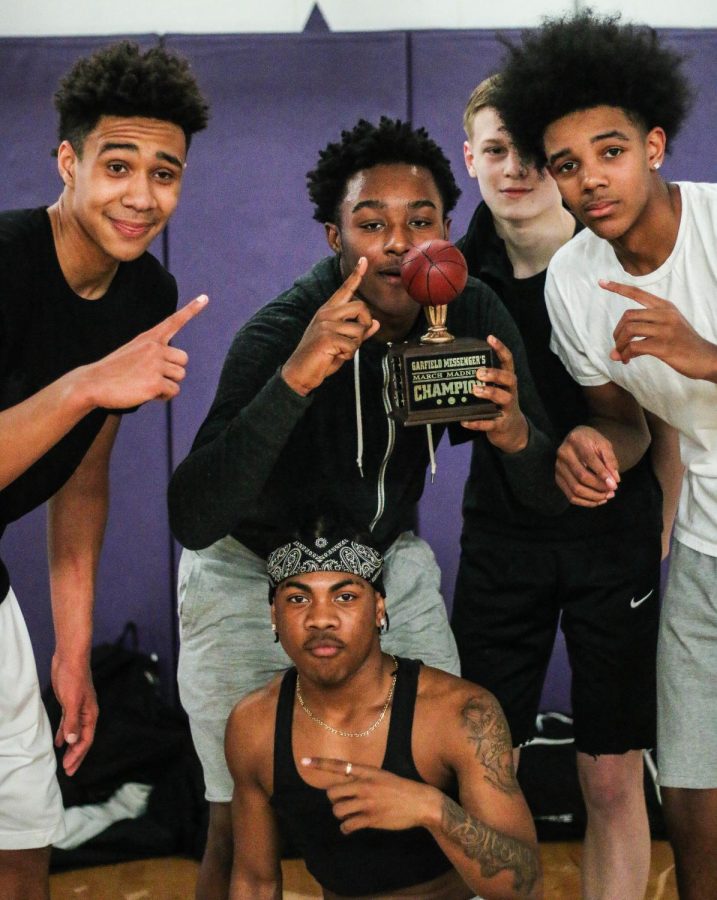 This Tuesday, Garfield basketball crowned a new champion.  In a captivating finale to March Madness, JVC ‘16 knocked out You Got Schooled with a score of 12 to 11.

The historically dominant teachers team, You Got Schooled, went in with a plan.

“We just have to stick with what we do best, play smart, and play at our own pace,” said Mr. Fell.

But JVC were ready, and weren’t about to let the teachers control the game. “They’re gonna be slow, and we’re gonna work them out.” Caleb Anglin said.

For the first half of the game, You Got Schooled stuck to this plan well, draining three’s and drawing fouls. At the game’s midpoint,  Mr. Israel sank a wide-open three, putting the teachers up by two. With their new point guard, Mr. Gonzalez, the teacher’s were quicker than usual, but JVC ‘16 was bursting with energy, and as You Got Schooled slowed down, the students took advantage.

Soon after Israel’s three, Marcel Robinson made a break for the basket. As he tossed the ball up, Mr. Willis swatted him to the floor, but the ball kept going, and miraculously bounced off the rim and through the net. It was now a one point game.

In the final ten minutes the game got heated. JVC ‘16 played more physically and the teachers started calling more fouls. But when JVC called Mr. Lee out for a traveling violation, You Got Schooled refused to honor it. Under a minute later, they refused to admit to a double dribble foul, and the crowd turned against them. For thirty seconds, the ball lay on the court and the crowd booed while the teacher’s denied the foul.

Floating above the ruckus was JVC junior Shata Stephenson. In the game’s final quarter, Stephenson quietly scored four points, making it a tie game. With two minutes to go, Marcell tossed up another layup, giving JVC the lead. The teachers got the ball, but caught up in the confusion of the crowd, they couldn’t capitalize. A moment later, the lights turned off and the game was over.  After twenty minutes of rowdy, well-played basketball, JVC ‘16 were Garfield’s newest March Madness champions.

“It was a tight game,” Caleb Anglin said.

Both teams played well, but the students fought harder, and they’re ready for a rematch.

“We’re gonna be back next year, we’re taking it again.” said Anglin.