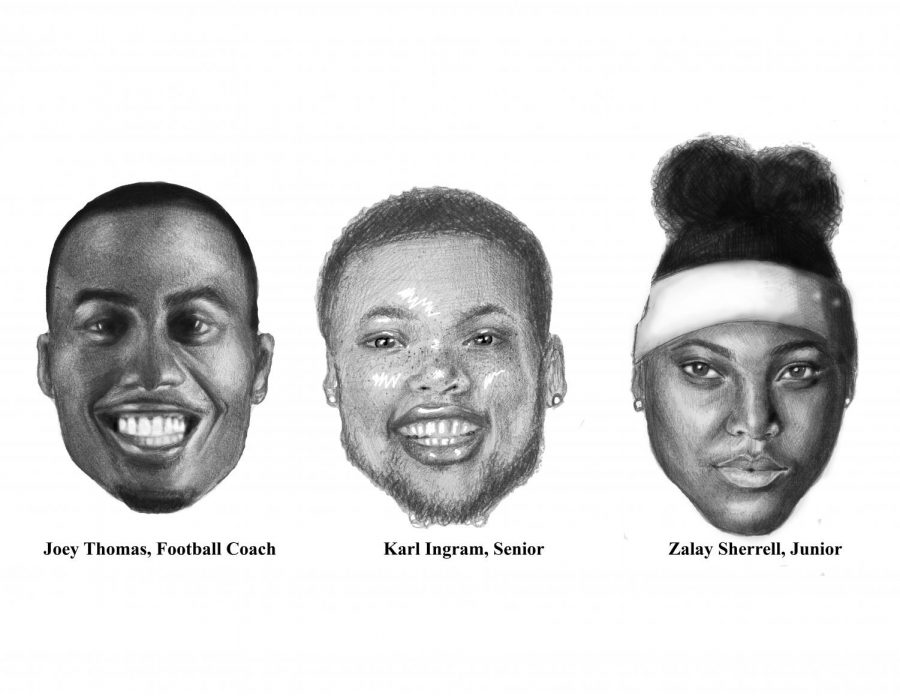 Although the 400-year span of slavery ended in the late 1800s, African Americans have still faced systems of oppression in their everyday lives by institutionalized racism. Ruby Bridges was a young girl in 1960 when she became the first black child to attend an all-white school. Nearly 60 years later, black excellence has soared at schools, including Garfield. At GHS there are now many ways for people of color to express themselves in programs like BSU, Y-Scholars, and ASB. We, as black students, break the stereotypes that are put onto us. We prove to others that we are special and unique, that being black is beautiful, being black is powerful, and that we are one of a kind. We prove at Garfield that we can do whatever we put our minds to, even though some are oblivious to what happens in society, we continue to stay strong and fight for what we believe.

In a positive aspect, how is it to be an African American student/kid at GHS?
Moet Beaver (Garfield graduate, UW student): It was cool because the black community here is very close, being in it you’re not really aware that there isn’t many black people. Leaving Garfield and going to UW is like damn, there really isn’t any black people in Seattle. You really see the difference.
Jerald Butler (Artist, BSU member, 2018 ASB Treasurer): It feels good, heritage and black history of the school, knowing that many African American people have made change to make a way for black people to be in this area.
Karl Ingram (Drama and 2018 ASB president): To be honest, it’s a culture shock. At my old school I’ve never experienced so many black students and black culture itself; coming here I’ve been able to grow within myself.
When you this of Black Excellence at GHS, how is it presented?
Deianira Stoudamire (Basketball Player): I see it through sports and academics, I see people excelling in what they do best and representing themselves, breaking the stereotypes put upon us.
Moet: I think of the music, the sports team, the school spirit… it’s a very urban vibe; it was hype, very nice and very traditional. I think in education. When you have a good amount of black students in the AP program, it not only speaks a lot about the school but about this generation of black kids… b/c there is so many limitations that prevent us from excelling. Proving that we are smart enough is AMAZING because it’s so unexpected.
Coach Joey Thomas (Staff at GHS, Football coach): We have a black principal… that is huge, that is black excellence at its finest. He is in the top dog leadership position. We have a vice principal who is a black woman, which has to be truly inspiring to young women. We have a black athletic director, another black woman in a leadership position. Name about three accomplishments you know your fellow (AA) friends have accomplished~ other than sports.
De: I know that Lauren Howard just received an AP scholar award. I know a few people who just received scholarships for the UNCF portfolio project.
Moet: getting into college. Receiving college scholarships. Managing balance.
Jerald: Ethnic Studies ( a bill being passed) and led by Mr. Hagopian; most of the African American students have/are graduating from high school; we are able to give people a chance to speak their minds: national anthems at assemblies.
Zalay Sherrell (Rapper): Grades of course, as well as making it to the next level. Our people are really focused on graduating; African American students wanting to go to HBCUS.
Coach T: I know for a fact one young man has a 3.9 GPA (Savell Smalls)… he was disappointed he didn’t get a 4.0, goes to show that black excellence and what his goals are for himself.
Karl: I know a few of my friends like Betelhem she has got into her #1 school. Denaijah Kennedy-Smith or even Jerald Butler are really driving in leadership… you really don’t see a lot of times where people get to lead in that kind of setting.
As far as the teachers making these changes, to teach about the African Americans / BLM for black history month… what’s your opinion?
De: It feels Forced. BLACK HISTORY IS AMERICAN HISTORY.
Jerald: It’s very noble, but personally I feel like it’s not really doing much for African American students
Zalay: I feel like we should talk about it for more than just a week, we have a whole month for a reason. Think about it, February is the shortest month, and not just about slavery… but about problems in the world.
Coach T: It could be a step in the right direction if it’s genuinely done, but it could just be a smoking mirror “let’s look like were doing our part” type of deal. The proof is in the pudding.
To keep the black community strong at GHS, what do you think needs to happen?
De: There needs to be more representation. We need to be a part of our community more versus just being OK with not voicing our opinion… we need to be involved more, and push one another. Let’s educate ourselves and other for what needs to happen
Moet: There needs to be support from everywhere, the staff needs to support black students, the community and as well as the PTSA b/c… black kids get placed as adults sooner than say white kids- children need support just like adults do. Support towards black students would be very monumental.
Coach T: We need to continue the conversation. People will be uncomfortable with what’s going on, but when it comes to black excellence/ black people and what we go through… Black Lives Matter and what it means. How are you going to apply to the change? Turn conversation into action.
Karl: I think people need to stop thinking “what gangs they want to represent” or “who said what about who” because in the long run, we are the ones who have to stick with each other. B/c all these systems of oppression that are oppressing us, it is not the sh*t… if we are not together then we are going to fall.
BLACK WORTH is like, if we were not in this world… the world would not exist, everything came from black people. Black worth is the most important thing to this world.