The endeavour for Ethnic Studies. 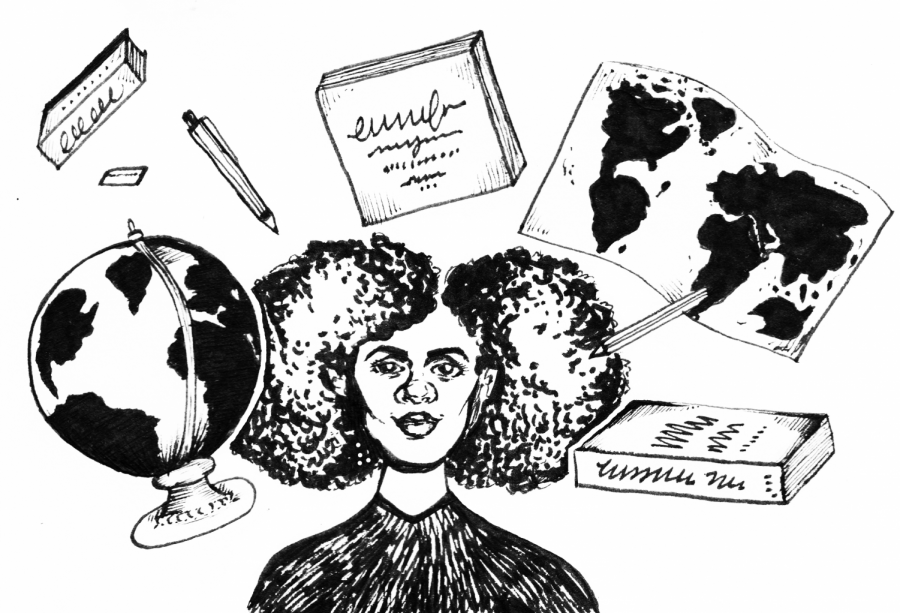 New to the diverse GHS Curriculum is an Ethnic Studies class, taught by the well
acclaimed and adored Jesse Hagopian. Ethnic Studies teaches students about the history of
oppressed and exploited groups, specifically people of color. The class overall encompasses the
discussion of race, gender, sexuality, and other intersectional aspects of identity that are often
marginalized throughout the course of history. Often these stories are hidden behind the curtain
of white victories, veiled from the light; however, in Ethnic Studies, the voices that were
typically concealed can cry from the rooftops.
“Ethnic Studies came out of mass social movements of people of color, saying that their
histories, their contributions, their struggles were being left out of academic discipline, left out of
the classroom, left out of the textbooks.” said Hagopian.
Through this new course, Hagopian focuses on the history of these silenced voices, and
features them in the limelight, discussing who they are and the struggles they face. Coincidently,
the curriculum of Ethnic Studies was created with a tremendous struggle.
“Last year, there was an ongoing campaign by several community groups and educators
who wanted to bring Ethnic Studies to Garfield,” says Hagopian. “At the end of the year, Seattle
Schools District said that they would be implementing Ethnic Studies and launching a task force,
and the Garfield administration said ‘why wait until the task force is done figuring it out!’” said
Hagopian.
And thus, the new Ethnic Studies was born. Teaching students who are ready to talk
about these serious social issues and divisions creates a rewarding and valuable experience for
not only students, but for teachers as well.
“I hope that this class can help students understand those overlapping forms of
oppressions, like racism, sexism, homophobia, and also give ways to better understand people&#39;s
identities that aren’t necessarily theirs” said Hagopian.
Ethnic Studies challenges the typical Eurocentricity of history curriculums, as it exposes
students to multiple narratives in history, rather than the usual voice of the victor. This allows
students to get a rich analyzation of history, as they delve into it from diverse perspectives.
Additionally, students learn to interconnect histories, struggles, and see how these aspects can
shape people and identities and how this knowledge applies to the world.

“The mainstream would go to great extremes to whitewash […] it’s important to address
history from a multitude of perspectives” said Garfield Social Studies teacher, Coulter Leslie.
Leslie explains how the Ethnic Studies class is a significant and momentous change for
Garfield, as it promotes the importance of diversity and educates teachers on how to stray away
from typical Eurocentric textbooks.
“Not just to have an Ethnic Studies class, but to have that and also make sure that the
other courses we teach are rich with that historical tapestry” stated Leslie.
Overall, this semester long elective course adds a refreshing angle, especially for those
typically left out of the textbooks.