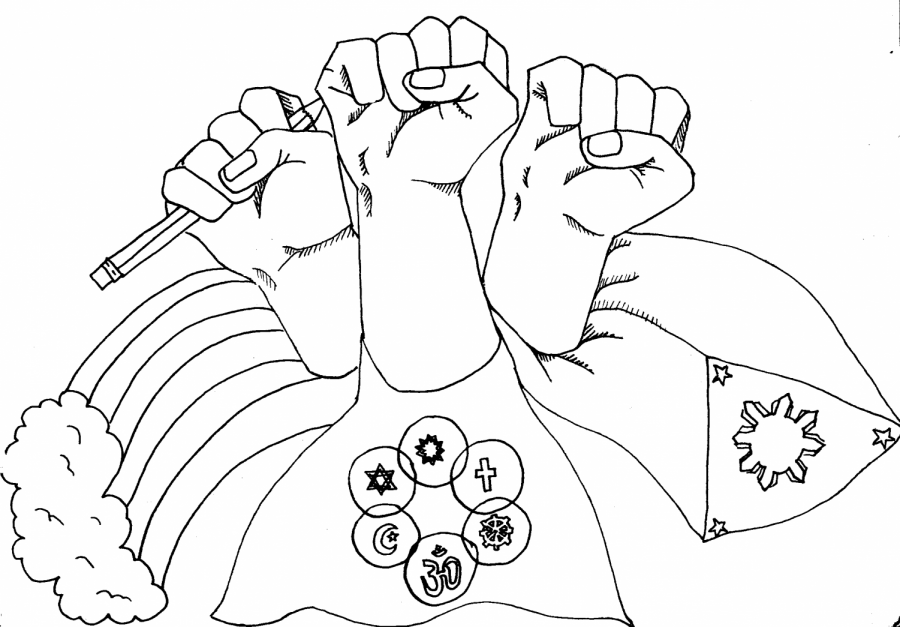 Hoping to bring to light the oppression different religious groups face in Washington state, the newly formed Garfield Interfaith club serves as a safe place for people to learn and discuss religion without the fear of judgement. Officers, Sam Patz, Falisha Samuels, Tsion Belgu, and Milena Haile aim to create a bridge between different religions and their values. “We make connections between local and global issues, how different religions interact with each other, and how people see each other,” says Co-president, Patz. Interfaith also focuses on celebrating different religious holidays and have conversations that actively remove the stigmas and taboos from religion.

Interfaith meets every Thursday during lunch in Portable 2, everyone is welcome and food is available.

Not to be mistaken for the Gay Straight Alliance (GSA), the LGBTQ Arts club is designed to provide a safe and respectful place for the LGBTQ community at Garfield in which they can actively support LGBTQ folks in the art world. “We’re planning an outing to Twist Queer Film festival this month. Part of our ‘action’ I suppose is just being a force of support for LGBT content creators,” says Vice President Mila Kopp. Besides the film festival, LGBTQ Arts club plans on organizing different outings as events come up. Emphasizing the importance of a safe place, president Julia Haralson said, “Having a place where people can make mistakes and learn from them in a friendly environment is really important.”

If you’re interested in art based conversations that include LGBTQ representation, LGBTQ Arts meets every Tuesday in Portable 2.

The Pilipinx Student Association (PSA) led by sophomore Declan Binuya and junior Jasmine Fernandez, addresses and discusses topics relevant to the Filipino community. “We intend for the club to be a space where Filipinos and allies alike can comfortably talk about the Pilipinx/Filipino identity and embrace it wholeheartedly,” says Fernandez. “We make an effort to address issues within our own communities that prevent us from forming true solidarity among other marginalized groups, specifically communities of color.”

Through PSA, Binuya and Fernandez are hoping to educate and give Pilipinx/Filipinos access to untaught history. They also believe it’s important to include topics that though might not affect Pilipinx/Filipinos, should not go unaddressed. “Our mission is to not only dismantle and educate around the issues that we face and create, but to celebrate and reclaim a Pilipinx/Filipino cultural identity, both historical and modern,” says Binuya. PSA’s co-presidents agree that their main goals are to agitate, organize, and mobilize. “[These goals are] a form of cultural celebration in itself for Filipinos/Pilipinxs because that’s what our culture was built upon.”

PSA meetings are every Friday in room 106.