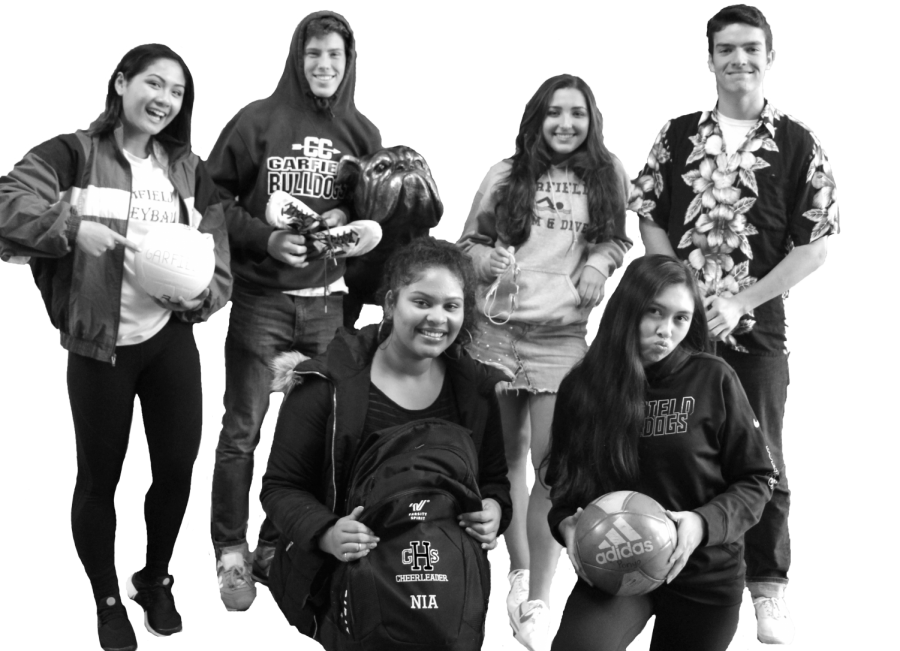 When picturing Garfield athletics, a few images always seem to come to mind.
Purple helmets pressed together in the huddle. A basketball player throwing down
a monster dunk as Rainier Beach looks on in disbelief. The basketball district champion
banners spilling over the purple padding that lines the gym. Clear, vivid imagery that
paints the legacy of a school with two sports.
According to new athletic director Carole Lynch, this is an incomplete picture.
Garfield fall sports is made up of seven programs: cheerleading, cross country,
football, golf, girl’s soccer, girl’s swim and dive, and volleyball. Lynch wants to make
sure that this is spotlighted.

One of Lynch’s main objectives for the athletic program is to make sure all student-
athletes feel the recognition that the football and basketball teams receive.
“To see the way the students relationships are with the coaches is really,
really good,” Lynch said. “Because of that we should be celebrating everybody, you
know what I mean? And we should be doing that equally if we could.”

Currently, Lynch is quietly creating a website strictly for Garfield sports, on which
a constant slideshow of action shots from all Garfield sports will be paired with regular

updates of the results of all recent matches, games, or meets.

“[The website] would be a non stop promotion of everybody, not just one,”
Lynch said. “My idea is how do we bring Garfield out to the world.”
Despite being left off the varsity calendar poster, girl’s soccer coach Jeremy Lugo has
already noticed this higher degree of recognition for his team this year.
“For us, one thing that’s really helped with that, is we’ve moved a lot
of our home games to Garfield,” Lugo said. “As a result we get, more students, more
other athletes to just kind of be here and watch because it’s right out here, 100 feet
away from the school.”

Lynch’s injection of fresh ideas into Garfield sports doesn’t stop at equality in publicity, with another main target of hers
being to continue efforts to unite the Garfield community through sports.
“What I hear is there’s a disconnect of people at this school, so one way to possibly
connect people is around the spirit side of the school,” Lynch said. “I understand you
have a good following for basketball, so maybe you use that as your jump off point to
build a community. So I’m thinking of more things of how am I gonna bring everyone
together.”

Lynch wants to use the new advisory period added to the Garfield schedule to
help carry out this unification. “I’m gonna start an athletic senate
and there will be two people from every single team and I’m not talking about
captains, possibly an upperclassman and an underclassman, and during advisory I would

call those people to the athletic senate to get the pulse of all the athletes,” Lynch said.
Lugo says that he has started to see this union of Garfield sports emerging.
“The volleyball team and the girls soccer team practice in the mornings around
the same time sometimes and as a result we’ve built an understanding of shower
space and facility use,” Lugo said. “So yeah, I think that there certainly is some growth in
community and growth in connection between different sports.”
Anna Vinnedge, senior and captain of the girl’s swim team, credits the work her
and her fellow captains have done in the unification of the Garfield swim teams.
“This year I’d say there is a really good connection between the boys and girls
swim team, but that’s basically entirely thanks to the captains’ work,” Vinnedge
said. “I’m excited to see what the girls team can bring to the boys season since we’ve
been doing so much interaction with each other this year.”

As Lynch begins to really impact the culture of Garfield athletics, she does so
with an aura of hope that Garfield will achieve this equal recognition and unity for
all student-athletes.

“The beauty of athletics is it can bring everyone together as one,” Lynch said.
“So what I have to do in the job I sit is try to put things in place that hopefully would
make people come together as one. I can’t control other things but I do have a lot of
power with athletics and I recognize the role that I have and the seriousness of that.”