April is sexual assault awareness month. What will you do to stay informed? 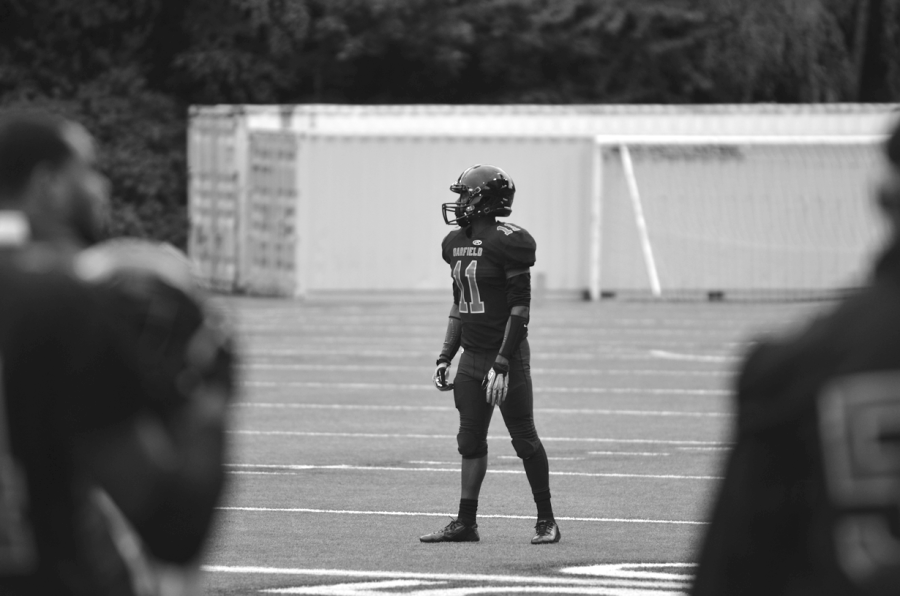 Envision the best collegiate football player you know. There’s a good chance his fame is attributed to how aggressive he is, praised for his merciless attitude. While this mentality suits the field, it can translate onto college campuses.

A case study conducted at the University of Pennsylvania revealed that certain environments encourage aggression over others. Societies with higher levels of male dominance, tolerance of violence, and greater gender segregation tended to fall into this category. These characteristics aren’t just found in tribal societies, however, as they also are prevalent on college campuses.

Despite having hundreds of sexual assault cases each year, most colleges take little action to resolve these cases. In fact, only 20% of female sexual assault survivors report cases, the rest believing that it was too personal to share, or that if they did, the police wouldn’t listen to them. If they did report, it was more common to report to local police rather than the campus police, in fear that the universities would turn them away.

Just two years ago, Stanford swimmer Brock Turner was convicted of raping an unconscious woman behind a dumpster. Convicted of multiple charges, he should have faced a maximum sentence of fourteen years in jail, but the judge’s verdict significantly reduced this number down to only six months, three if on good behavior. The public viewed this decision as too lenient, but these types of decisions aren’t unfamiliar nor uncommon.

At Baylor University, a NCAA Division 1 school famed for its athletics, numerous sexual assault allegations have been made directed towards the football team and the university itself.

In 2015, a football defensive player, Sam Ukwuachu, raped a former Baylor female student. He was sentenced to six months in the county jail despite that there was enough court evidence to indicate that the victim was indeed raped. When an independent party researched the larger problem of the University’s approach to sexual assault cases, president Ken Starr was demoted after the study revealed the University’s failure to take action from 2009 to 2016 when at least six female students filed sexual assault claims.

Vanderbilt University in Tennessee, another NCAA Division 1 school,  is yet another example of the correlation between athletes and sexual assault. Four former football players were accused of rape and defense attorneys blamed the school’s culture surrounding drinking and partying. Cory Batey and Brandon Vandenburg, two of the football players and alleged rapists, faced minimum sentences of 15 years of incarceration, while the other two have yet to be tried.

Sexual assault cases involving athletes also occur at a local level, and are not limited to female students only.

In 2014, at Juanita High School in Kirkland, Washington, five freshmen on the football team assaulted the volunteer team manager, an 18 year-old male student with special needs. Consequently, the students were charged with second degree attempted rape, and immediately expelled from school afterwards.

These cases are examples of how sports culture, especially football, often stems from rewarded violence, which has a lasting impact on the student-athletes in daily life. Subconsciously, they may resort to aggressive tactics outside of sports, aware of the success it brings them on the field.

For potential victims, this can be quite threatening, especially when the case is brought to court. Even with substantial evidence, many accused athletes have been defended by coaches while victims were blamed for dressing inappropriately or failing to control intoxication. In addition, athletes are often protected by the school because of the reputation and entitlement athletes boast, and are offered top-tier legal representation provided by the school.

While there is a significant portion of student-athletes who commit sexual assault, not all athletes are responsible. Research shows that perpetrators generally come from the high-performance and high-aggression sports like football, basketball, and hockey.

Amidst all this controversy, the responses from the public have garnered an increase in sexual assault awareness. In fact, universities all around the country have implemented counseling services and hotlines for students, hoping to provide a safe space for all students.