You may have noticed a new face in the halls and out on the soccer field this year. Juan Fernando Gonzalez is a senior exchange student who hails from Cali, Colombia. He is attending Garfield for the entirety of this school year before he heads back to Colombia, where he will attend college next year.

Gonzalez has a primary reason for coming to study abroad. “First, I want to learn English, that’s the most important thing for me,” he said.

His aspirations have landed him here, as a temporary bulldog.

“I think that Garfield is really special,” said Gonzalez. “It’s really [diverse] and is really different [from] what I thought a high school in America is.”

Juan had the option to live and study in lots of smaller cities across the United States, but he ultimately settled on Seattle.

“I came to Seattle because I wanted to stay in a big city,” explained Gonzalez.

Although he enjoys many aspects of Garfield and Seattle, he still misses many things about
his life back home.

“I miss my parents and my family and my friends,” remarked Gonzalez. “I [also] miss the food.”

However, Gonzalez has found many new friends among the Garfield soccer team this spring. Gonzalez played center defender for his high school team in Colombia, and is now an addition to the Garfield boys soccer squad. Although he is not allowed to play in games due to insurance logistics, he can always be seen training with the team.

“They are a family and I am the new brother,” said Gonzalez. “I think they are a really good team, everyone on that team [has] something special.”

Gonzalez has high hopes for the team this year, and is grateful for the comradery among the players.

“I think this year we are going to win State. Everyone [makes] so much effort,” said Gonzalez. “Everyone loves everyone.”

So, whether you need to touch up on your soccer technique or get help with Spanish homework, keep an eye out for Juan in the halls. -LL 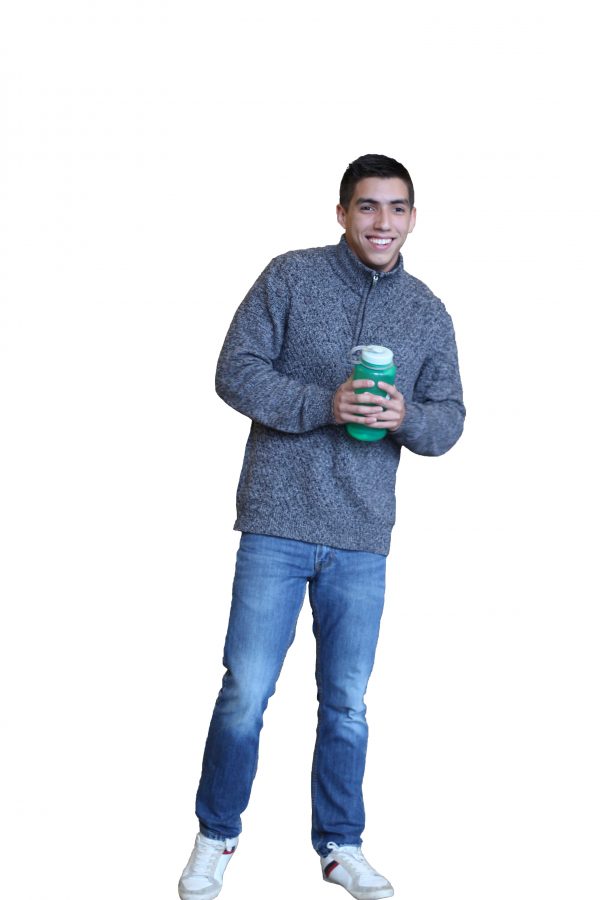