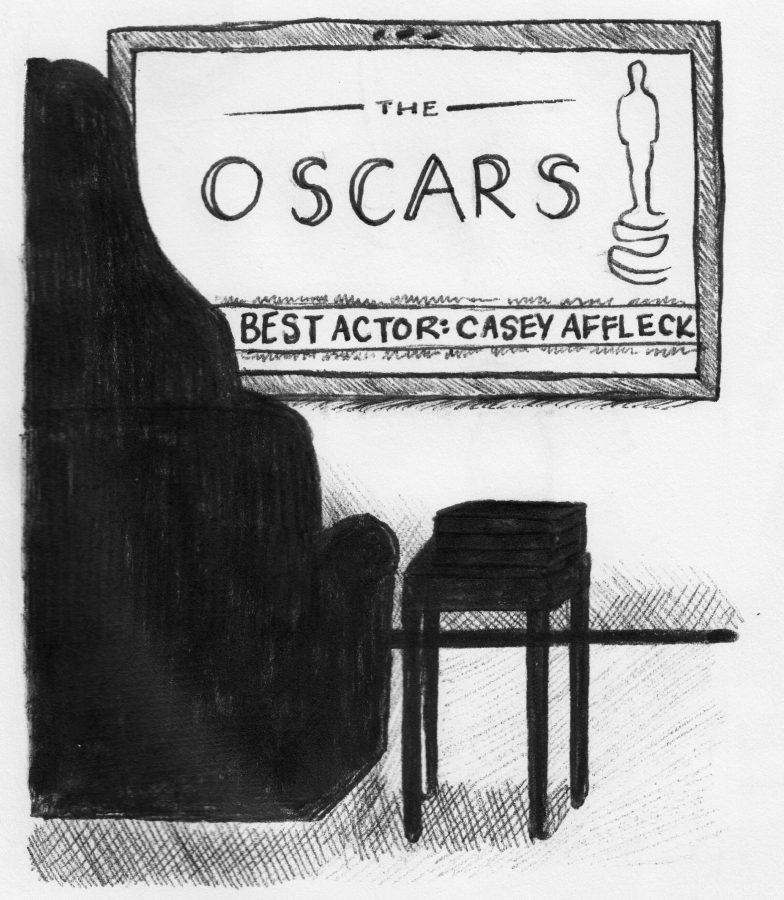 For those who weren’t totally distracted on Oscar night by the Steve Harvey situation of the award season, you may have noticed that 2016 Best Actress winner Brie Larson neglected to clap after announcing Casey Affleck’s Oscar for Best Actor in his film Manchester By the Sea.
The reasoning behind Larson’s seemingly rude actions were justified; the actress won her Oscar last year for portraying a young mother in Room (2015), who was kidnapped and abused by a man that held her in captivity for seven years. Larson has since used her fame to advocate for sexual assault survivors. For this reason, presenting the esteemed Best Actor award to Affleck, who in 2010 was accused of sexual assaulting a producer and a cinematographer, both females, on the set of film I’m Still Here, appears to have hit a sore spot for Larson.
This wasn’t the only female assault controversy of the night; Mel Gibson’s 2016 film Hacksaw Ridge had seven nominations at the Oscars, including Best Director for Gibson. The actor-turned-director was a Hollywood sweetheart until 2010, when his ex-wife filed a restraining order on him for verbal and physical abuse. Although he didn’t win Best Director, the Oscar nod can be interpreted as Gibson’s “ticket” back into Hollywood’s good graces.
By acknowledging these accused assaulters in the season’s most prestigious award ceremony, Hollywood seems to disregard the abuse of females as a serious offense and believes that the offset lives of industry workers shouldn’t influence the voting process. The Academy makes up a considerable percentage of the film industry; over 6,000 people, from cinematographers to actors to writers, choose to award people like Affleck and Gibson for their work.
Hollywood’s indirect support of sexual assault isn’t a recent trend. In 1940, child star Shirley Temple was flashed by a much older producer when she was only twelve;
in the 70s, actress Susan Sarandon was aggressively approached by a potential
employer for sexual favors in exchange for a part; and in 2010, Gwyneth Paltrow revealed in an interview that she was asked by a film executive to finish a meeting “in the bedroom”. These are only a few of the many women that have opened up about their unwanted encounters with males who had significant power over their careers..
Despite the seemingly progressiveness of the 21st century, Hollywood, one of the most central aspects of American culture, appears to still disregard the mistreatment of women in and out of the industry, enabling perpetrators to continue harassing female workers. Critics of Affleck’s win see the event as a sign that society has considerable progress remaining in its treatment of  women. This progress can be achieved by raising awareness about assaulters in the industry and acknowledging that through watching their movies, we are indirectly supporting harassment.