The Hunt is Over!

The new Vice Principal has been found.

You may have noticed the absence of a booming presence among the halls and wondered who the new figure is in office 222. In Mr. Westering’s absence, Vice principal Katrina Hunt has filled the shoes of Westering with her vibrant personality, great work ethic, and strong leadership in the Garfield community.
Before transitioning to the educational field, Hunt began her career working with families.
“I spent the first fifteen years as a social worker for the department of social health. I changed to education to work more with kids as opposed to parents,” said Hunt.
Hunt also has a background in counseling and has previously worked with students, a calling that has become her second nature.
“I’ve been in the Seattle School District for seven years. I was at Aki Kurose Middle School for six [years] as a counselor and after receiving my principal certification I went out to Federal Way school district at Todd Beamer High School,” said Hunt.
Here at GHS, Hunt has her hands full running back and forth from office to office just to make sure things are functional within the school. As a vice principal, she’s required to be in charge of a least one department and she loves every minute of it.
“I’m in charge of the music department, disciplinary actions with the students, and, of course, to support Mr. Howard in anything that he needs help with,” said Hunt.
Hunt stated that being at Garfield has been a great experience, due to the school’s fun and high spirited community. She also noted that it is much more connected than the previous schools she has worked in.
“[My Former school] was not a traditional comprehensive school, the grade levels were more separate and there was no real community – so experiencing tradition and school spirit at GHS is amazing,” said Hunt.
For Hunt, one of the drawing features of the GHS community the passion of the students to take a stand for social change. She is also grateful to work alongside Mr. Howard, another person of color and role model in her career.
“Being an African-American woman working alongside an African-American male as the head of the school is one of the main reasons I applied for this position. Here at GHS I’m in a place where I can learn a lot from [a person of color] but I’m also in a place where the students fight for social change and are progressive.”
Although Westering will be missed, Hunt is up for the challenge and is ready to become a true Garfield bulldog. 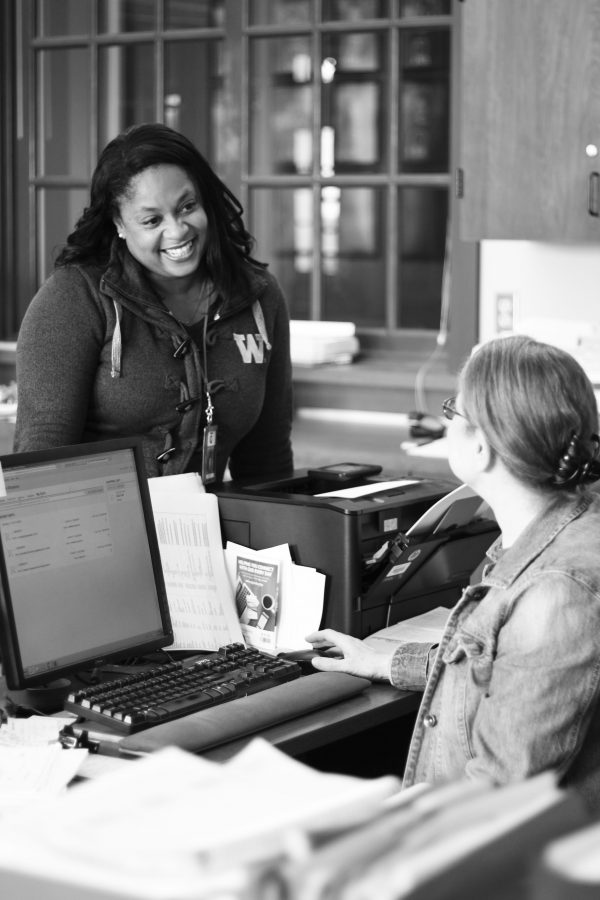