Inside the world of competitive Pokemon. 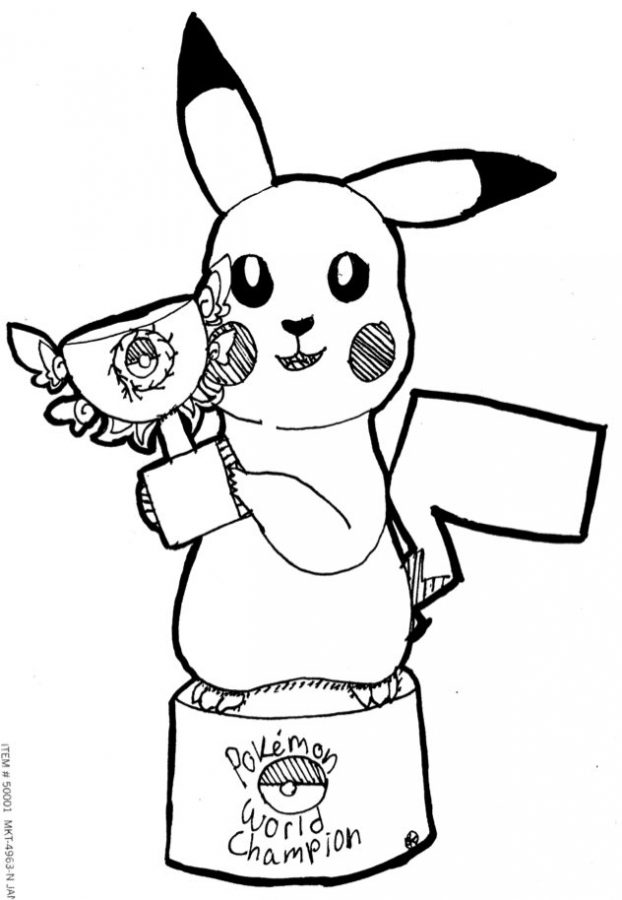 If you had a television or Nintendo system growing up, chances are you wanted to be a Pokémon trainer at one point or another. For competitive Pokémon players around the world, and in Seattle, this childhood dream has become reality.

The sport of competitive Pokémon where players battle characters head-to-head in pool and single-elimination bracket play — has been around for years, but has recently gained more attention as the game, and the glory, has gotten bigger.

From cash prizes and scholarships in the triple-digits to worldwide prestige and envy from gamers around the world, the Pokémon gaming craze is in full effect.

“I started Pokémon so I could travel around and meet new people,” said Thornton, now a seasoned player who travels around the coast for different events. “Since then I’ve gotten pretty good and I have fun with it.”

Most competitive Pokémon players can join and play with an online league, battling each other and other leagues. From there, players can choose to compete in regional events, which are held in major cities around the world every year; this year, the Seattle Regional Championships will be held in late may at the Washington State Convention center downtown.

A battle is relatively simple: two players select four Pokémon they wish to battle, and use a console to strike their opponent. A match is finished once one play defeats the opposing player’s four Pokémon — however, Thornton says, thing get more complicated once the game moves into bracketed, higher-level play.

“There’s a timer,” Thornton elaborated. “You have ten minutes to make ten moves.”

In 2016, Thornton was one of approximately one thousands-plus gamers to compete at the Pokémon World Championship in San Francisco, California. The invite-only tournament, which offered a pool prize of $500,000, drew competitors from over 35 countries and all age ranges.

Many players often must place at the national tournament before getting an invite to the World Championship. However, Thornton’s amount of Championship Points, which are determined by finishing placement in local and regional tournaments, already guaranteed him a spot in the world competition.

“The top sixteen [of a tournament] get Championship Points,” explained Thornton. “You get more points and prizes the higher you place, and that gets you into other tournaments.”

Often times, tournaments will live stream matches on their websites and host viewing sections for spectators to watch the competitions in-person. Tournaments cost little to enter, and most of this money pooled together into a grand prize for the winner. The sport, while popular across all age ranges, has seen particular growth in young adults and college students, as many will save prize money for tuition, bills, and other expenses.

While the sport has begun to gain more recognition, there is still a very prevalent stigma surrounding competitive gaming. However, Thornton doesn’t let the cynics get him down.

“I don’t really care if people bully me about it, because it’s something I’m passionate about,” he said.

Grown from a morning television show and trading card game, Pokémon has evolved past the Nintendo DS and into full-fledged competition, where gamers train for months, even years, to get what it takes to become, as Ash Ketchum once said, the very best.

For more information on the upcoming Seattle Pokémon Regional and registration, visit www.pokemon.com