What GHS couples did on V-Day this year. 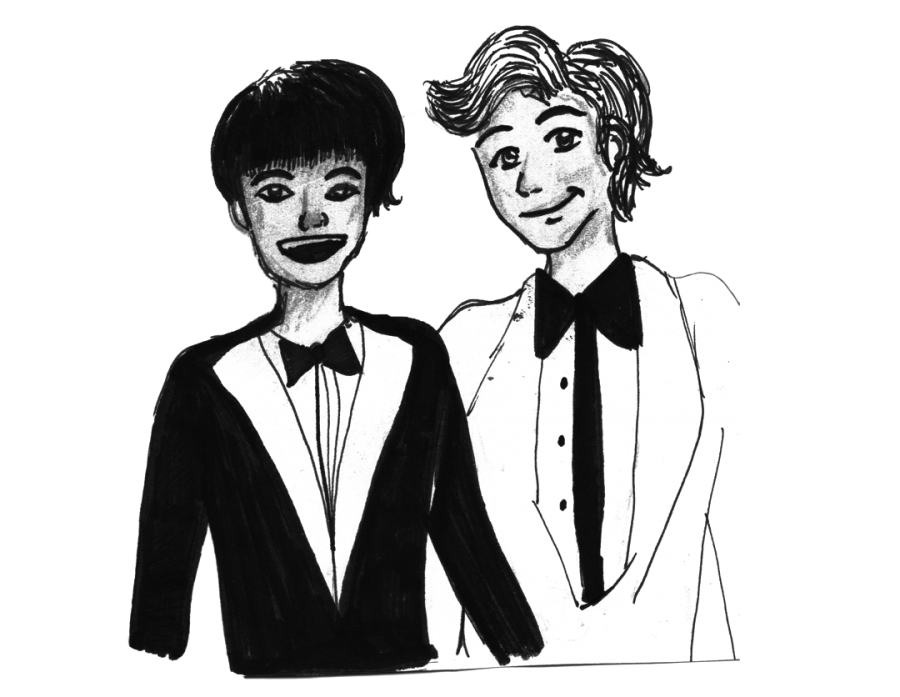 Valentine’s Day has been commercialized as the most romantic day of the year. It’s the one day you’re told to celebrate with those you love (and show them with lots of chocolate and cards). This Valentine’s Day, we decided to ask couples at Garfield what Valentine’s Day means to them, and what they did in honor of this romantic occasion.

Freshmen Azure Savage and Tari Eason will be celebrating their four month anniversary this Saturday, and plan on combining that with their Valentine’s plans.

“Tari had a game against [Ranier] Beach on the actual day, but I went to the game to cheer him on. On Friday we’re going out to dinner and on the ferris wheel to celebrate,” said Savage. “It’ll be our 4 months on Saturday, but he has another game so I’ll go to that, but we’re combining the two celebrations to make it easier. This is my first Valentines ever that I’ve had a boyfriend so I’m pretty excited, but [Valentine’s Day is] not a huge deal, just an extra special day.”

Seniors Neva Oliffe and Liam Connor have been together for two and a half years. They don’t take Valentine’s Day super seriously, but still made an effort to do something special.

“He lives up north so we went to Golden Gardens Park together and got milkshakes from the little restaurant on the beach,” shared Oliffe.
“Every year we say we aren’t doing gifts but he always buys me chocolate anyways–I usually just write him a card. [Valentine’s Day] is not really a big deal but we make a point to do something together.”

Seniors Samantha Urrea and Luis Posadas have been dating for almost two years and had a busy agenda this year.

“We went down to the Waterfront Park to walk around , then we went to Seattle Center to the EMP to go to all the exhibits. We then drove to the Smith Tower and went up to the observation deck… We went to Pike Place to go eat dinner. I gave her flowers, a letter, and a ring I made in jewelry,” said Posadas. “It’s nice to celebrate and go out and about but mostly because it’s a special day. I’m not gonna treat Sam extra nice and sweet for just one day, I can do it everyday.”

Sophomores Dana Taub and Lucy Njegovan have been dating for just over a year, and aren’t huge fans of V-Day, but they still celebrate for the heck of it.

“Since I work Tuesdays, we didn’t really do anything that day. Instead we’ll do something this weekend,” said Njegovan. “Valentine’s Day isn’t really important to us… but we both love post Valentine’s Day sales. Its mostly a holiday that’s used as a promotional heterosexual tool for marketing. Neither of us think other people need to celebrate the same day as us for it to be special.”