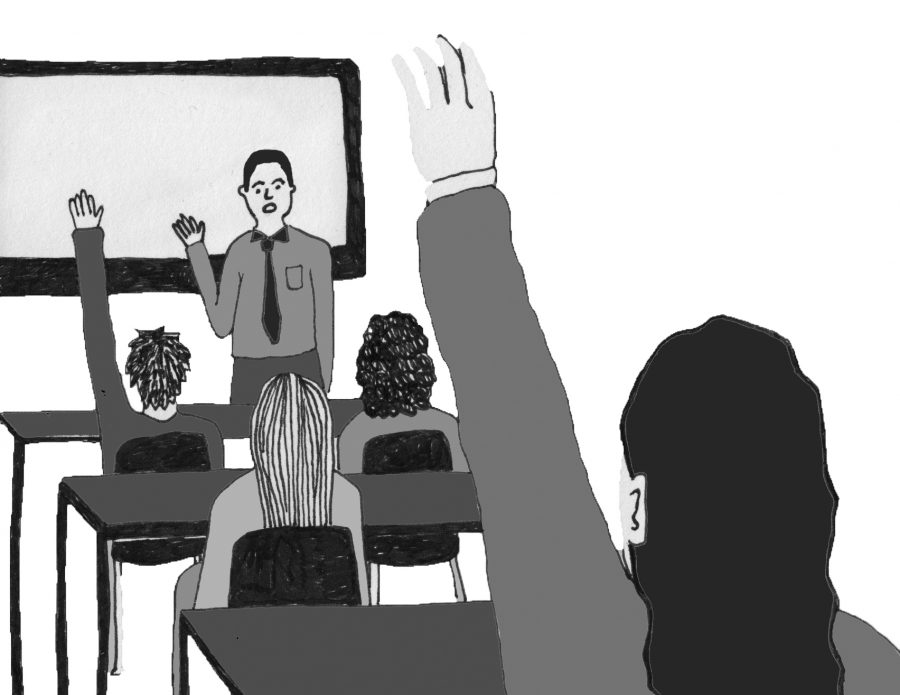 It’s no secret that, while Garfield is known throughout the city as being the “diverse” school, many classrooms in the school fail to demonstrate our varied demographics. Honors For All, a program that started this year, puts all freshman in honors humanities classes and aims to give all students the opportunity to take higher level courses. Beyond this school level change, some Garfield students are trying to bridge the gap between different groups at a classroom level.

Recently, a group of students have begun to discuss ways to improve the lack of diversity and sense of community in classes at Garfield.

“The purpose of the club is to figure out ways to build community in classrooms because when you join honors and regular classes together, there are often rifts in culture, language and learning divides. So [we want] to join all that together into one,” said Allani Seals, a junior who leads the group.

Seals, who has been in the APP program since second grade, even recalls a similar divide between people of different racial and social statuses at the elementary schools she attended, Lowell and Thurgood Marshall. “I don’t want to be in an AP or honors classroom and not see other people like myself because that doesn’t really encourage me to learn,” said Seals.

Even the community has taken notice of this issue, evident by the “Abolish APPartheid” stickers that decorated street signs near the school last year. These stickers allude to the idea that, while the APP program does provide higher learning opportunities, it is not equally accessible to people of different racial or economic backgrounds. All of these factors contribute to Garfield classes not being as unified as many teachers and students would like to see.

The trend that APP classes in elementary and middle school cater more to white, wealthier students directly relates to the divides that are apparent in Garfield classes.

“I think that some kids aren’t necessarily encouraged to stretch and take those classes. [The APP program] starts super early and some kids are not ready to take that jump yet. [Support] needs to be there at an earlier stage to encourage people of color to join and take the classes that are more rigorous,” said junior Leland Adams who is also leading this movement.

As kids come to Garfield, many groups are already formed based on what classes kids were in in elementary and middle school. Although students from different programs are sometimes mixed into the same classes, the divides that were created from separated classes in elementary and middle school do not disappear. “None of the patterns were broken once APP kids got to Garfield; in my opinion they only got worse. The superiority complexes and passiveness carried over. No one tried correcting the divide in elementary or middle school so everything is still the same,” said Seals.

Honors for All begins to create more diversity in classrooms which will hopefully help make classes at Garfield more representative of the whole school.

“The idea around Honors For All really excites me because I come from a private school so I was the only person in my class who was a person of color. But when I came to Garfield, it was like ‘wow I’m gonna be around more people of color in a classroom’ and it wasn’t exactly what I thought it was going to be,” says Adams. “For us to claim that we’re such a diverse school, I’d really like to see it in our classrooms more.”

Seals and Adams, along with other students, have been meeting at lunch to try to come up with solutions for the lack of diversity in classes at Garfield. But such a large topic it is hard to solve with simple steps. Breaking down and rebuilding a culture rooted in years of habit is not easy.

“It’s a very heavy topic here at Garfield. I think the more people we make aware of it, the better it will be,” said Adams. “As long as we get that support from the students that we’re looking for, I have no doubts in my mind that we can definitely push this current topic forward and into the forefront of the Garfield community.”

The group wants to get more people involved in creating a student driven movement. “Let’s have a discussion about it,” said Adams. “Let’s discuss the topics that are pushed under the table. It doesn’t make everyone comfortable but it’s the reality right now”.

As students like Seals and Adams begin the movement to create a more diverse community in classrooms, they are taking an important step towards creating a more unified school that provides equal opportunity for all students.